Abu Dhabi: Jubail Mangrove Park, a newly opened facility in the capital, that offers a walk through the mangroves, is set to attract more than 20,000 visitors on the second weekend after its opening.

Located on the northern tip of Abu Dhabi’s Jubail Island, the 120,000-square-metre park allows visitors to immerse themselves in nature while taking a look at the birds, fish and other wildlife in the vicinity.

“Jubail Island, all 32 square kilometres of it, is a magical place, and this park offers a glimpse of its beauty,” said Richard Russell, chief operations officer at the Jubail Island Investment Company, which is in charge of developing the island.

We were overwhelmed by the positive feedback on the first weekend, and are expecting to see many more people over time.

“We were overwhelmed by the positive feedback on the first weekend, and are expecting to see many more people over time,” Russell said.

The park currently has a boardwalk with three walking routes, ranging from one kilometre to two kilometres. A casual stroll takes about an hour, or longer if visitors pause to take in the environment.

There are also six nodes through the walkway that provide more information about various elements, including the mangroves themselves, and the wildlife that makes them their home.

The park has been developed by the Jubail Island Investment Company, and Abu Dhabi Government-owned master-developer, Modon Properties, in consultation with the Environment Agency Abu Dhabi.

“As we develop the island, our mandate is to preserve the environment here. So we’ve already dug new channels to set up seven kilometres of waterways, and set up 600,000 square metres of new littoral zones that will help preserve the biodiversity,” Russell said.

Some of the zones, which include newly planted mangroves, are visible from the boardwalk, marked out in orange cordoning.

Russell said there are plans to construct even more parks across the island, connecting its various investment zone development areas with freehold property for sale.

My sister is visiting me, and we are here for the nature. I had heard it had just opened, and so we came down to see for ourselves. It really is beautiful.

Joel Duhon, 43, an American engineer, visiting the park with family days after it opened.

Delal Mohammad, 40, an Emirati homemaker, had also come down for a weekday morning walk with her husband.

“I think I like everything about this place,” she exclaimed before hurrying along.

Entry to the park is currently free for all, but the facility is only open between 8am and 6:30pm every day. Park attendants also advised a visit during periods of high tide so that fish and other aquatic animals are visible.

Among fish species, the most common are Mangrove Snapper, Silver Biddy, Four-lines Terapon, Silver Mullers, Milkfish, Trevallies, Scads, Rabbit Fish and Snappers. Most visible fish are however small, and it may be hard to distinguish between species.

How to get there: Follow the signs leading to Jubail Island on the Shaikh Khalifa bin Zayed expressway, just after Saadiyat Island in the outbound direction from Abu Dhabi. At the crossroads, turn to Jubail Mangrove Park.

Parking: There is room to accommodate 165 vehicles in the parking lot.

Food and beverages: Food is not allowed on the boardwalk to prevent littering. Families can bring food along with them, but as of now, there are no outlets at the park. Developers have said food trucks may be set up in future.

The View Points allow visitors the opportunity to see the park from an arial view at the Jubail Mangrove Park in Abu Dhabi on 5th February, 2020. Photo Clint Egbert/Gulf News

Timings: 8am to 6:30pm every day, but no visitors are allowed on the boardwalk after 6pm.

Entry: Entry is currently free for all. 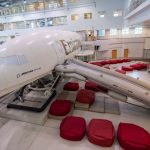 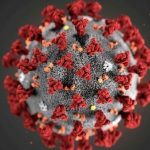