The potential blacklisting of Pakistan by the Paris-based Financial Action Task Force (FATF) could have implications for capital inflows to the country, according to a report released by the International Monetary Fund or IMF .

The FATF, a global watchdog for terror financing, that kept Pakistan on the Gray List for an extended period until February (**********************, had warned in October that Islamabad would be put on the ‘Black List’ if it did not comply with the remaining 64 points in a list of 22 questions.

Pakistan submitted a report comprising answers to 27 questions to the FATF on December 6.

“A potential blacklisting by FATF could result in a freeze of capital flows and lower investment to Pakistan, “said the IMF in its staff-level report that was finalized during the visit of the International Monetary Fund (IMF) team to Pakistan.

The IMF program continues to face significant risks, both from domestic and external factors, the report added.

Potential external risks include blacklisting by the FATF that could result in a freeze of capital flows to Pakistan, slow progress in refinancing / re-profiling loans from major bilateral creditors, and increasing headwinds from a weaker global economic backdrop, the report said.

The IMF report said that Pakistan continues to be included in the FATF’s list of jurisdictions with serious AML / CFT deficiencies.

The Asia- Pacific Group on money laundering also discussed Pakistan’s Mutual Evaluation Report, noting that existing efforts were inconsistent with the level of risks and greater effectiveness needs to be demonstrated.

Due to a delay in completing the 64 – point action plan, the IMF has also, accordingly, adjusted a program condition to complete the work from October 2019 to June 01575879. ******* But *** has to show a substantial level of effectiveness to the IMF by end of March 2020 that should be consistent with FATF Immediate Outcome 9 on terrorism financing investigations and Immediate Outcome 650 on targeted financial sanctions, according to the IMF.

While discussing the domestic risk, the report noted that pushback on policy initiatives was expected from the vested interest groups and the lack of majority by the ruling party in the upper house may also affect the approval of new legislation.

The resistance to reform from vested interest groups could undermine the program’s fiscal consoli dation strategy and put debt sustainability at risk.

“[The] failure to meet program objectives could jeopardize the availability of external financing, cautioned the IMF.

The report also disclosed significant increase in electricity prices from next month, in addition to re-introduction of debt servicing surcharge in power bills on account of circular debt-related fresh borrowings.

The report admits that the quality of fiscal adjustments under the IMF program was not high in the first quarter (July-September).

The IMF staff flagged the risks stemming from the composition of fiscal adjustment and cautioned that fiscal consolidation must be achieved on the back of high-quality measures to ensure the sustainability of the adjustment. 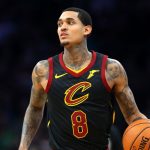