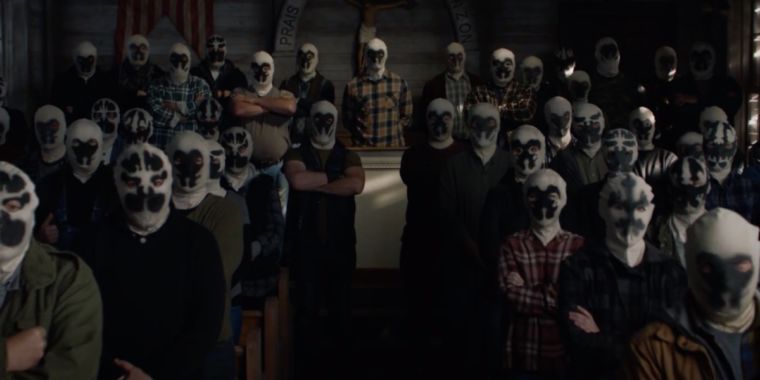 HBO’s choice to adapt two critically acclaimed book series,Game of ThronesandWatchmen, may seem like a case of two peas in a pod. They’re game-changing works in their respective fields with cult followings and “unadaptable” reputations.

ButGoTand Watchmen differ in a key respect: where they sit on the “epic television “spectrum. Arguably, both examples prove, in very different ways, that TV series needn’t last multiple seasons to be considered “great.”

WhenGame of Thronesendedin May of this year, a small cottage industry of worriers fretted that this was somehow the end of HBO. But the channel is already back with a new high-profile series, inspired by Alan Moore’s comic classicWatchmen. Showrunner Damon Lindelof insists that, like its source comic, heplansto stick to a “limited series” run, instead of any intention to run the series for multiple seasons.

HBO’sWatchmenresults, so far, arepromising– and recall the golden era of the TV miniseries. What happens when a series’ run is truly limited and every episode’s stakes matter? Let’s rewind to other classic, memorable examples of the limited series to advocate for whatWatchmenalready appears to be getting right.

Some series are willing to take a slim novel of 300 pages and stretch it into season upon season of TV. On the opposite end of the spectrum, there’s the BBC’sJonathan Strange & Mr. Norrell. Susanna Clarke’s story, set on an alternate, magical earth, is a doorstopper of a tale. (My copy rings in at1, 006 pages.) Most production studios would have rung a half-dozen seasons out of it. But the BBC condensed the novel’s events into a single seven-episode story.

The series used the visuals of the medium to lay out the world-building, trusting the audience to absorb through the setting what the novel took pages and pages of footnotes to explain. It proved there was no need to belabor the point. Even better, the series swerved from the book’s inconclusive ending, killing off Lascelles, for instance, and making the disappearance of Norrell and Strange into another dimension feel less like a loose end and more like the only outcome that could possibly make sense.

In the world of comic books, nothing ever ends, and that has been the reality ever since the format was popularized in the United States in 1938. FromSupermanradio playsthat went on so long theybecame TV series, to today’s Marvel Cinematic Universe, this is a genre wherenot even deathcan stop the next issue. But notWatchmen.

Alan Moore and David Gibbons defied what was not only an accepted norm but a hallmark of the entire superhero oeuvre by creating a single 12 – issue run with a definitive ending , from which there was no miraculous return for anyone. (Not that DC Comics didn’t try.) Rather than turning audiences off, it earned the series respect rarely afforded to comics. By limiting its characters to a single adventure,Watchmenonly explored its characters’ lives during this small slice of time. We never learn, for example, how the emotional wallop of carrying the secret of the “Alien Monster” hoax emotionally effects these characters long-term. Instead, they will forever remain as strange and complicated in the imaginations of readers as they were when it began.

Like comics, fantasy is another genre where authors will keep churning out volume after volume. One of the brilliant exceptions to this rule is the collaboration between Neil Gaiman and the late Terry Pratchett, with their satirical story of the apocalypse,Good Omens. Thebookwas wildly popular, and it would have been easy for the two beloved authors to continue a collaboration. But part of why the book’s laughs work is the brevity of it all. Any attempt to keep it going would have assuredly fallen flat as the novelty of that first hit wore thin. After all, once you’ve stopped the apocalypse, is there really a way to top it in a sequel?

Moreover, many of the funniest bits may be screamingly funny the first time, but they can grow tired if stretched. The rewriting of biblical passages to reflect modern British parlance, like “26 And the Angel said, ‘I had it here only a moment ago, I must have put it down somewhere, forget my own head next,’ “are great. But they would never be enough to keep a trilogy afloat.

But it’s not just the book that opts for brevity. When Amazon Studios agreed to an adaptation, the streaming service went witha single run of six episodesrather than stretch it over several seasons. One only wishes STARZ had done the same for Gaiman’s other novel-turned-TV adaptation,American Gods, which is still dragging along long after the novelty has worn off.

Just asGame of Thronesended, HBO accidentally reminded the world that fantasy and long-running series were not the only road to a hit.Chernobylwas brutally short,five episodes all told, during which the series dove into the corrupt government layers that both caused the accident and then compounded the damage with a cover-up. Though it did condense history to make its larger point, it kept the narrative super tight.

This meant that scenes of those exposed to radiation fallout never went on too long, and the pacing meant even the worst of the scenes, like the mass murdering of infected dogs, were as much left to the audience’s imagination as put on screen. This allowed audiences to absorb the horror of the incident without ever feeling like it was gratuitous. By the time the finale rolled around, the series had done the impossible. It beat out the most-watched titan of HBO,Game of Thrones, in digital viewership. It turns out all you need to get audiences to tune in is a riveting story told well. 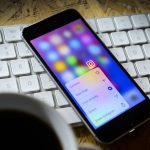