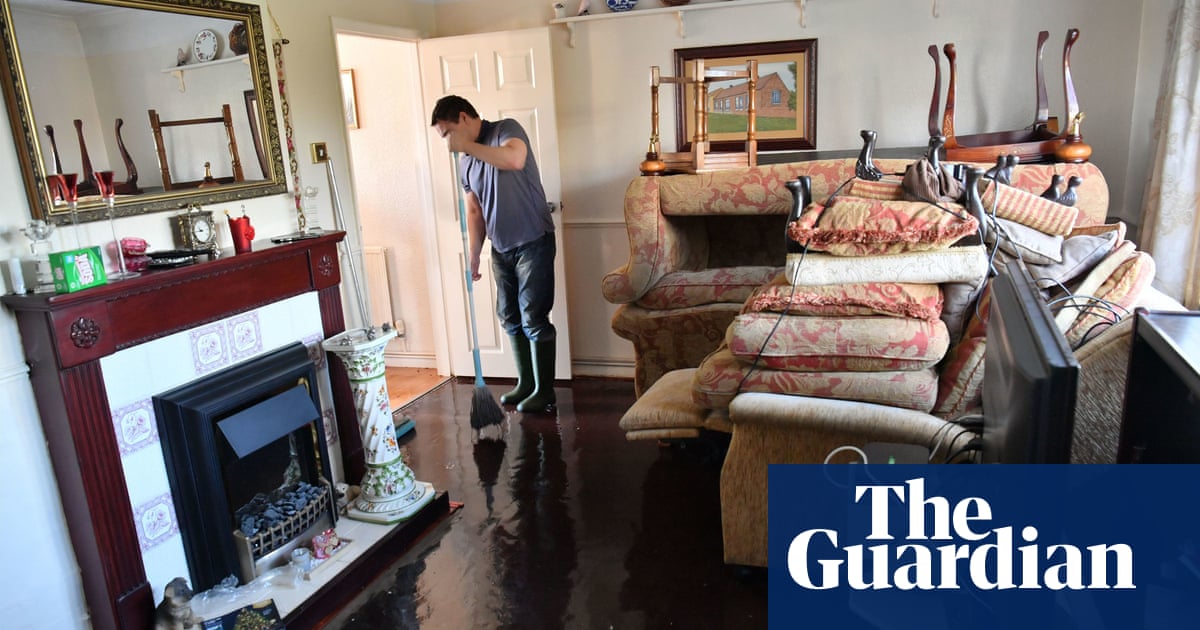 While her business may have been engulfed in water with the rains forecast to continue, Pam Webb defiantly chose not to leave her village. Instead, she was among dozens who called for urgent action to salvage what was left.

Webb paced worriedly outside the Hare and Hounds pub, in Fishlake near Doncaster, as dozens of villagers drowned their sorrows on Sunday evening, flood waters lapping at their homes.

A severe “risk to life” flood warning remains in place for the next 48 hours and all residents have been asked to leave.

“I am completely heartbroken and devastated,” said the 49 – year-old owner of the Truffle Lodge Spa. “My property is on the downstairs level and has completely flooded. Its not just my home, it is my business as well. I’m optimistic I can get it back on its feet is 12 months. But they are telling me it could take two years. ”

Webb’s heartbreak had turned to anger after what she considered had been poor communication from the Environment Agency and Doncaster council. “Friday at 5pm there was‘ no risk to flooding of homes ’, but by 9pm the first homes had already started flooding but the advisory had not changed,” she said.

Webb was joined by deputy flood warden Peter Trimingham, who sipped whiskey from a glass as he stood in hi-vis jacket and thigh-high waders.

As the waters began to rise on Friday, the 73 – year-old had gone out in his Jeep to search for sandbags and deliver them to neighbors.

“We were driving along and all of a sudden we were lifted up by the flood water in a sideways flow which shoved us into a drain. We had to climb out otherwise we could have drowned, ”he said.

Trimingham said he lives in the “lowest house in the village”. He asked his wife and daughter to get the furniture off the floor but the waters had risen too quickly.

A stone’s throw from the pub is St Cuthbert’s church, which had become a storeroom for supplies. Its pews were stuffed with bedding, while all available surfaces were covered in tubs of peanut butter, pot noodles and loaves of bread.

“There are two walls adjacent to the Stainforth Bridge which are in danger of falling. If they fall the volume of water released will be catastrophic, ”he warned.

He was urgently appealing for two 12 – inch diesel-powered pumps to remove flood waters from the village, describing the EA’s pumping system as “wholly inadequate for the current situation”.

He added: “There does not seem to be a coherent plan from the Environment Agency to remove the flood water that is in the village. We don’t accept that it should be left to stagnate, facilitating disease. If the EA fails to do this it will be a dereliction of duty of the highest level. ”

Karl Robson, his partner Karen Milner and her mother Anne Whitely had been marooned for two days in their home, which stands like an island on their inundated farm. “We can not go anywhere. We have got goats and sheep that we have got to keep our eye on, ”he said.

He praised the efforts of fire and rescue services, and volunteers who have brought them meals and supplies from the neighbor towns of Thorne and Stainforth. But he added: “I am angry towards Doncaster council. They keep saying on their Facebook that they have been supporting us here. Nobody has seen anybody from the council. It’s disgusting. ”

At a community center-turned-evacuation shelter in Stainforth, Doncaster’s mayor, Roselyn Jones, said the Environment Agency had warned the water level could rise further. “The recommendation is to evacuate. Our first priority is preserving life, ”she said. 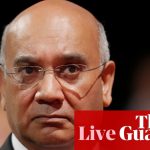