An alleged victim of billionaire sex traffickerJeffrey Epsteinhas pleaded forPrince Andrewto provide evidence against the disgraced financier, after revealing she was invited to a party where he was due to be among the attendees.

Giving her name only as Jane Doe 15 – a common anonymous pseudonym in the US – the now – 31 – year-old said during a press conference that she had been raped by Epstein at his Zorro Ranch inNew Mexico.

Originally from Michigan, she had been spotted by an assistant of Epstein’s during a school trip to New York when she was just 15, she said.

After the alleged attack she was offered money for her future college admission and was later invited to stay with him again, this time at his private island, where the Duke of York was expected to attend.

Prince Andrew has repeatedly denied any wrongdoing in relation to Epstein and the women the deceased trafficker is alleged to have groomed.

Speaking at a press conference, the woman said: “I was contacted by one of Jeffrey Epstein’s assistants and invited to Epstein’s island, where I was told Prince Andrew among others would be a guest. I declined the invitation out of fear. ”

She added: “Prince Andrew, and any others who were close to Epstein, should come forward and give a statement under oath on what information they have.

“All the information pertaining to and around this case is important. Just because Epstein is dead does not mean others around him do not deserve their day in court as well. ”

The alleged victim also appeared to directly challenge Prince Andrew’s claim that he was unaware of Mr Epstein’s abuse before his conviction.

During his unprecedented interview with the BBC’sEmily Maitlison Saturday, the duke said that he would be of little use if he gave sworn testimony, adding: “’I’m afraid to say that I ‘m not the person who can shed light on it for a number of reasons, one of which is that I wasn’t there long enough.

“And if you go in for a day, two days at a time, it’s quite easy I’m led to believe for those sorts of people to hide their activities for that period of time and then carry on when they ‘ re not there. ”

However, the woman said of herself and other alleged victims: “We were not hidden”.

Speaking in Los Angeles on Monday, she said: “It was clear from the time I spent with Epstein that something was very wrong with his lifestyle, and it didn’t take a victim to see that.

“We were not hidden. It is upsetting to me to think that anyone who was closely associated with Jeffrey Epstein might argue that they didn’t suspect that he might have been sexually abusing children. ”

Epstein was found dead in his cell in August as he awaited trial, but cases have proceeded against his estate.

Gloria Allred, a lawyer for the unnamed woman, said the accuser never came in contact with the prince. She added “I’ve called on Prince Andrew to voluntarily speak with law enforcement in the United States

“Every day where someone who has relevant information does not come forward may seem like a year to those victims who are suffering they deserve the truth.” 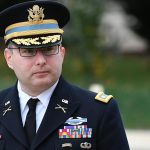 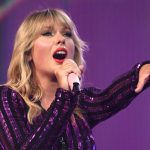