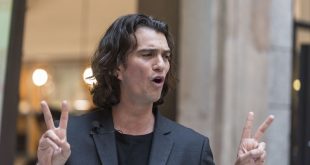 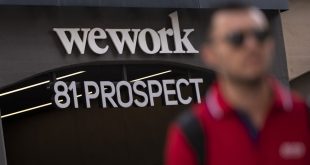 
WeWork’s former CEO Adam Neumann, whose erratic behavior and questionable leadership decisions led to him beingpushed out of the company he founded, is a tough act to follow. Now, SoftBank, the investment firm that’s essentially taken control of the troubled coworking startup, is considering a replacement with somesimilarly unconventional characteristics: T-Mobile CEO John Legere, according tonew reporting from the Wall Street Journal.

Legere, who isexpecting a huge payoutwhen T-Mobile finalizes its acquisition of Sprint next year, has his own track record of controversial behavior – but nothing reaching the level of Neumann. The CEO is known for his quirky Twitter personality and dress, formocking critics and freely using profanity, and forpublicly savaging competitors(including WeWork’s current executive chairman Marcelo Claure, who in turn called him a “con artist”). But unlike Neumann, Legere has been credited with turning around the financial success of his once-struggling company to make it thefastest-growing mobile carrier in the US. A spokesperson for WeWork declined to comment. T-Mobile did not immediately respond to a request for comment.

WeWork is hoping to replace its interim CEOs Artie Minson and Sebastian Gunningham as early as January; they’ve been running the company since September, according to WSJ. Currently, former Sprint CEO and SoftBank COO Marcelo Claure is steering the company through these changes as WeWork’s executive chairman. In arecent company all-hands, Claure said he would “dedicate a vast amount” of his time to WeWork until he thinks the “company’s going in the right direction. ”

If Legere is being considered as WeWork’s CEO, that means Claure is essentially picking his former competition to help take the WeWork problem off his hands.

But in the past, Claure has had choice words for Legere, and vice versa. Here they are feuding on Twitter back in 2015 and 2016.

@ JohnLegereI am so tired of your Uncarrier bullshit when you are worse than the other two carriers together. Your cheap misleading lease

you truly are a con artist. No doubt. Good luck.

Whoever takes over WeWork will have their work cut out for them. WeWork, which wasresuscitated last month by a cash infusion from SoftBank, is still burning money thanks to the numerous new leases for which it owes rent. And SoftBank’srecent earnings report, whichshowed an operating loss for the Vision Fundthat financed WeWork, isn’t putting those concerns to rest.

All this certainly isn’t helping WeWork’s rank and file,who are organizing to get a fair dealas theyanticipate layoffsof up to 4, 000 people in the coming days. 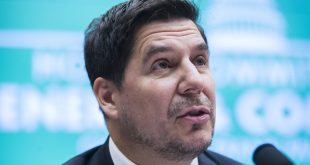 WeWork confirmed layoffs at an internal all-hands but still hasn’t said how many or when, Recode

WeWork, the coworking unicorn that was once one of the most valuable startups in the world but has now all but imploded, held an all-hands staff meeting at its New York headquarters on Wednesday during which it tried to calm anxious employees who are awaiting substantial layoffs. The meeting is the first all-hands led by…