When shopping for a smartphone, a majority of iPhone users (61%) say default privacy settings are a significant factor in their decision . It’s hardly a surprise – much of Apple’srecent marketinghas been around their commitment to privacy.

And yet half of iPhone users don’t know there’s a unique ID on their phone (called an IDFA, for “identifier for advertisers”) tracking their app activity and sending it to third -party advertisers by default.

This is according to a recent Mozilla-Ipsos poll, conducted in October 2019. We interviewed 1, 007 residents online in English across the US about their iPhone and Android smartphone preferences and their awareness of online privacy.

Some brief background: Mozilla first began thinking about the iPhone IDFA last April, when Apple debuted its “Privacy. That’s iPhone ”marketing campaign. In many ways, Apple is a champion of privacy – but we thought the new slogan misrepresented exactly what goes on with iPhones and IDFAs. Indeed, the IDFA is a lot like a salesperson following you from store to store while you shop, recording everything you look at.

So Mozillalaunched a petitionurging Apple to automatically reset users’ IDFAs every month. (iPhone users can currently disable the IDFA, but have to do so manually; Android users aren’t even given this option.) Automatic resets would make it harder for companies to build profiles of users over time.

We hope today’s poll findings will increase pressure on Apple to make this move – and put pressure on Android providers to provide strong privacy features , too.Also among our findings:

We’re calling on Apple to live up to their reputation as privacy champions. In the meantime:Sign Mozilla’s petition, andlearn how to turn off your iPhone’s IDFA.

Learn more about our pollhere. 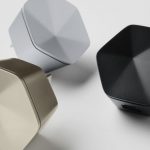