For the purposes of this article, when I talk about “dreams” and   “dreaming”, without any further qualification, I am referring to the   dreams that occur during sleep.

The other kind of dreaming isdaydreaming, which is also relevant to the subject of this article.

Similarities between Music And Dreaming

In both cases, these feelings can be more extreme than might occur during   most normal waking life.

The diagrams in my previous article   Hypothesis: Music Lets Us Practice Feeling Strong Emotions  illustrate this with reference to the emotional states invoked by music.

To fully understand how this could be possible, we need to analyze all thedifferencesbetween music and dreaming.

Differences between Music and Dreaming

The default state of dreaming is a state ofdelusion. When a person is dreaming,   the consciousness of the person within the dream believes that the dream is completely real.

As a result of this delusional state, the feelings from dreams can be very real. If you   believe that you are being chased by a person who wants to murder you, then you will feel   as scared as if a murderer was indeed chasing you in real life.

(The alternate non-delusional state of dreaming isLucid Dreaming. This is an   interesting topic in itself. However a degree of contrivance is usually required to achieve   a state of lucid dreaming, and such attempts are often frustrated by changes in dreams   that restore non-lucidity, such as dreaming that “you woke up”. This is all consistent   with the hypothesis that the biological function of dreams is best fulfilled under   conditions of non-lucidity, ie delusionality.)

Music, on the other hand, does not create a delusional state.

This is especially evident if we considermaladaptive daydreamers, people who compulsively   and intensively daydream, in many cases with music being both necessary and sufficient   for their compulsive daydreaming to occur.

Even though maladaptive daydreamers report being unable to control their compulsion to daydream   excessively, they   never report entering a state of mind where they fail to recognize that their compulsive   daydreams are purely fictional. In other words, they are never deluded.

Dreaming is Much Older than Music

There is considerable evidence that both mammals and birds experience dreams during sleep   that are similiar to human dreams.

Music, on the other hand, seems to be limited to the human species, and is not found, as far   as we can tell, in any other living species.

Also, some features of music seem to relate specifically to aspects of the perception of human   speech, which adds to the evidence that music is something that evolved only on the lineage   which led to modern humans, probably well after the point in time where human ancestors separated   from the ancestry of any other living species (ie chimanzees).

The main conclusion to draw from this difference, if we assume that music and dreaming satisfy   a similar biological purpose, is that music somehow extendsthe functionality provided   by dreaming. For example, music might aid in the processing of responses to hypothetical scenarios,   which for some reason, cannot be processed within dreams. (I will expand upon this idea later on   in this article.)

Within dreams, thecontentand theemotionsare provided as a single fixed package.   The semi-conscious dreamer experiences the dream scenarios, feels emotions in response to the scenario,   possible takes action required by the scenario (eg running away from the murderer), and that’s it.

With music, the music itself generates the feelings, and any content is supplied separately.

Content can be supplied by various means, but there are three main sources in practice:

The lyrics of the song.

The imagination of the listener.

The details of how the content and the emotions are associated are different in each case,   and in the case of music it is possible to feel the emotions generated by the music without   actually associating it with any specific content at all.

But, much of the time, the end result is the same – a hypothetical scenario is experienced,   strong emotions are felt in relation to the scenario, and there may be consideration of what if any action to take in response.

Dreams tend to involve scenarios where immediate action is required, in response to   events and observations made by the dreamer within the dream.

Musically inspired scenarios tend to involve situations where changes have occurred which   require the listener to think about how their decisions and strategies would change with   regard to medium or long-term goals.

This difference may be directly relevant to explaining why music is human-specific –   Because actively thinking about long-term goals is (as far as we know) a specifically human   endeavor.

There may be various reasons why dreaming is less effective for processing responses to   hypothetical scenarios that require changes in long-term planning and strategy. For example,   Any drawn-out process of thought is more likely to be interrupted by the realization that   the dream is just a dream and the whole situation is hypothetical, and therefore does not really   matter.

With music, the person is experiencing the music, and thinking about some hypothetical   future scenario, and they already know that everything is hypothetical. That the person   is aware of the fictional nature of the scenaro   will limit the depth of feeling experienced, but at the same time the person can commit   themselves to feeling the strength of feeling created by the music, and they will not   be interrupted by realizing something which they already know. (Of course there   will be a sudden interruption if and when the music actually stops, and as a result there is a   preference for the music to actually continue for a reasonable period of time.)

Dreams can contain strange and altered realities. However dreams are neverabout  the strangeness or the alteration of reality.

If people with bad intentions are chasing you in a dream, you don’t start thinking about why your life changed   so much that now you have people wanting to kill you. All you think about is what you need to do to prevent   those people catching up with you and killing you, which might involve running, or attacking your   attackers, or perhaps calling out for help.

Music, on the other hand, can give rise to feelings which suggest a strange and altered reality.

In other words, musically-driven imaginationcanbe “about” the strangeness of an altered reality.

This suggests the possibility that music evolved precisely for this reason – that it was desirable   to process feelings about the strangeness of hypothetical altered realities, and the existing mechanism   of dreaming could not do this, because any awareness of strangeness within a dream would lead the dreamer to   consider the possibility that they were indeed in a dream, which would break the delusion.

Dreams involve scenarios that require immediate response, which very often consists of actual   behaviors, for example running away from someone trying to kill you.

Since dreams are delusional, it is important that the behavioral responses in dreams   do not actually occur.

During REM sleep,REM atoniais a loss of muscle tone which prevents all bodily movement,   expect for the eye movements (which are the “EM” in “REM”). Dreams can also occur during non-REM   sleep, so presumably there are other mechanisms by which voluntary movement is suppressed during   dreams.

Dream Enactmentis what happens when responses to dream scenarios fail to be suppressed.   This can occur briefly during the transition from sleeping to waking. It can also be made to occur   in laboratory animals, for example by disabling brain activity which is responsible for the suppression.

With music, the scenarios are hypothetical, and the person listening to the music is not delusional, so they have no reason to engage in specific behaviors as part of the hypothetical scenario.

Nevertheless, depending on the genre and style, music is often accompanied by a non-specific   desire to engage in some level of active behavior. Because this desire is very non-specific,   and because musical feelings   are more strongly bound to things that match the rhythm and / or melody of the music, the end result is that   the desire to engage in such activity can be satified either by dancing or by joining in with the   performance of the music.

Dancing is not quite the same as doing nothing at all, however dancing tends to involve repetitive   motions while moving a limited distance from the starting point, and in general the motions performed   while dancing have no lasting consequence – so it’salmostlike doing nothing at all.

Conclusion: The Evolution of Music as a Supplement to Dreaming

The conclusion I draw from this analysis is that music evolved, sometime during the evolution of the   human species, as a means of supplementing the functionality provide by dreaming.

The primary differences between music and dreaming, in relation to this proposed functionality, are:

The default state of dreaming is delusional, whereas musically-altered states. of mind are always non-delusional. 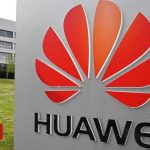