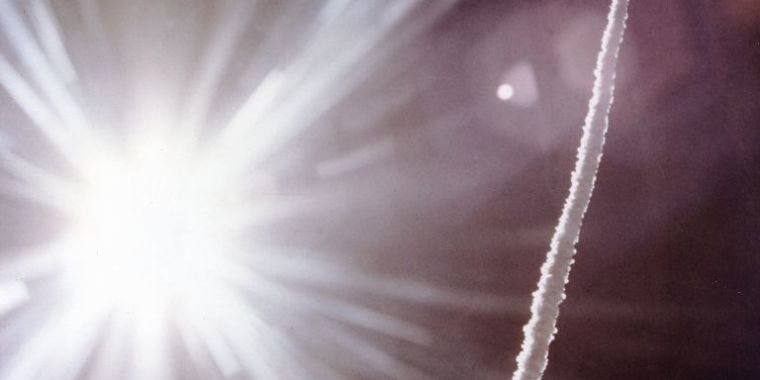 The X – 15 was not the first rocket-powered aircraft, but it is probably the best one ever built and flown. Before the first X – 15 took flight in the late 1950 s, the fastest speed airplanes had reached was Mach 3. The X – 15doubledthat. And, remarkably, it also went on to fly into space more than a dozen times.

The US Air Force and NASA developed the X – 15 to better understand flight under extreme conditions, including reentry through the Earth’s atmosphere. Yet more than half a century later, the exceptional plane still holds the world record for speed by a piloted, powered aircraft after William Knight flew the vehicle at Mach 6. 70 in 1967.

The X – 15 program also boasts an exclusive club of pilots — only a dozen aviators can claim to have flown the aircraft, which made 199 flights in total. (They were all men, given the era.) Before he landed on the Moon, Neil Armstrong flew seven X – 15 missions between 1960 and 1962. The movieFirst Manvividly depictsone of these flights.

Another X – 15 pilot, Joe Engle, also went on to a remarkable career at NASA. Slated to land on the Moon during Apollo 17 alongside Eugene Cernan, Engle got booted from that mission for largely political reasons so that a scientist, Harrison Schmitt, could be added to the final Apollo mission. Later, Engle would command the second space shuttle mission.

Engle is also the last of the X – 15 pilots still alive. So to mark the 60 th anniversary of the X – 15 ‘s first powered flight, during which Scott Crossfield took the plane up to 52, 000 feet on September 17, 1959, Ars spoke with Engle about flying the baddest airplane the world has ever known. Spoiler alert: It wasthrilling.

Engle graduated from the US Air Force Test Pilot School in 1961, and he served in the fighter test group at Edwards Air Force Base in California. Two years later, as NASA’s efforts to send humans to the Moon began to gain traction, Engle and many of the other Air Force test pilots, such as Mike Collins, applied to become an astronaut as part of the agency’s third class in 1963. That summer, Engle recalls being summoned to the office of the commander of the Air Force test center at Edwards, Major General Irving Branch, a legendary figure who had led Pacific bombing raids during World War II.

As he walked to Branch’s office, Engle tried to figure out what he might have done wrong. Branch ordered Engle to sit when he entered. “I see you’ve applied for the NASA astronaut program,” Branch told Engle. “Don’t you like it here?”

The test pilot allowed that yes, he had applied to NASA for its third class of astronauts. It seemed like the next logical step in his career, and he liked the idea of ​​going to the Moon. This did not mollify Branch. As Engle tells the story, he said Branch held up his NASA application, and tore in half.

“Well, I think I’m just going to disapprove of it,” Branch said.

After this inauspicious meeting, Engle said he spent a lot of time trying to figure out what he could possibly have done to get crosswise with the boss. Weeks later, Engle learned that one of the X – 15 pilots on the base, Robert White, was rotating out of the program. Engle was to be his replacement.

A year earlier, White had flown the X – 15 to an altitude of 95 km, crossing the Air Force threshold for spaceflight for the first time in the experimental airplane. This qualified White as an astronaut. Now, Engle stood a very good chance to follow in his footsteps.

Getting into the cockpit

After joining the X – 15 research program, Engle flew his first free flight in October 1963. He would go on to fly a total of 16 missions over the course of two years, reaching a maximum of 85. 5km, above the US Air Force’s threshold to be considered an “astronaut.” He also achieved a top velocity of Mach 5. 71.

Once selected for a particular mission, Engle said a pilot would spend most of his waking hours in a simulator, or with test engineers, to understand what data they hoped to obtain from a particular flight. They also did a lot of practicing in Lockheed F – 104 Starfighter aircraft, particularly landing them in the dry lake beds near Edwards Air Force Base in case of an engine failure during an X- 15 mission.

The engineers had two basic flight profiles they wanted to gather flight data from. During one designed for higher altitudes, the X – 15 would drop from its B – 52 aircraft, fire its rocket engine, and fly upward at a pitch as steep as 45 degrees. This would provide enough energy and lift to send the aircraft on a ballistic flight as high as 107 km. During such a flight, the X – 15 would collect data about atmospheric re-entry. The other profile, in which the X – 15 launched at a pitch of about 30 degrees, leveled out around 30 km. During these flights, the engineers sought data about flight at high velocity or heating due to shock impingement as air flowed around the X – 15 surfaces.

On the night before a flight, technicians would mate the X – 15 to the B – 52 aircraft, pressurizing the plane’s fuel tanks and preparing it for flight. As the pilot, Engle would arrive shortly after sunrise to don a pressure suit and ensure the integrity of its seals. About 45 minutes before the carrier aircraft took off, he would climb into the X – 15 cockpit and connect to life support.

Then, the wheels would roll, and the B – 52 would take off for its bumpy ride up to the launch location and an altitude of 13 .7km. This would take a little more than an hour, during which time Engle would continue to review his cue cards. In particular, he would memorize the various dry lake beds he could make for, were there an engine failure aboard the X – 15, based on how many seconds the engine had burned before failing. During the rare moments of reflection at this time, he doesn’t recall being nervous. Rather, he said, “You’re thrilled to death to have the opportunity to be there.”

Listing image by US Air Force 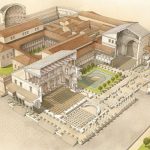 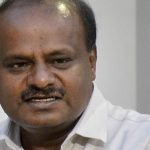