We originally ran this piece five years ago, on a day when the 15 th birthday of Sega’s Dreamcast coincided with a major Apple keynote event. In honor of the Dreamcast’s 20 th birthday today, we thought we’d revisit this fun “alternate history” take on how the Dreamcast’s launch impacted the world of gaming, and continues to influence it to this day.

While seemingly the entirety of the Internet was offpaying attention to Apple announcing its new phones and watch,something weird was happening to my Twitter feed. Apparently, someone had messed with my settings so that my feed displayed tweets on a 15 – year delay for a couple of hours. That means that, instead of Apple tweets, my followers got to go back in time and experience a portion of my liveblogging from Sega’s Dreamcast launch-day keynote address from September 9, 1999.

We figure this technical snafu is as good an excuse as any to look back on the Dreamcast as it existed 15 years ago today, when it hoped to be the savior of a once-proud Sega still recovering from the failure of the Sega CD, 32 X, Saturn, et al. Below are my live tweets as they were written 15 years ago, along with some accompanying commentary that has the benefit of a decade and a half of hindsight.

[Editor’s Note: For those with defective sarcasm genes (or just those feeling a little bit slow today), I will state up front that these are not actually tweets from over six years before Twitter even existed. Sega didn’t even have a keynote-style launch event on 9/9/99. I just thought these somewhat jokey “livetweets” would be a fun way to reminisce on the launch of Sega’s last console, and reflect on how much technology and the gaming market has changed in the intervening period.]

Yes, I know there’s a typo in here. It was actuallySoulcalibur(aka (Soul Edge 2) ) that launched with the Dreamcast in the US, notSoulcalibur 2. In any case, I actually probably undersold the home conversion a little bit. The Dreamcast versionactually looks significantly better than the System 12 – based arcade version, which has more in common with the original PlayStation. Consoles had been aiming for “arcade perfect” for years, but the Dreamcast ushered in a new era of surpassing arcade perfection.

Yuji Naka is out now. Sonic is saying something in Japanese. Stop talking and start running fast!# DreamcastLaunchLivestream

Unfortunately, Sonic has yet to really stop talking. TheSonicseries has come to be dominated by the kind of cut scene-heavy, exploration-filled 3D quests first envisioned bySonic Adventure, much to the series’ detriment. Even the games that focus on speed and platforming don’t have the same oomph they had before this first real 3D effort. A shark-jumping moment if ever there was one.

Peter Moore is showing off the VMU. It’s like a removable Game Boy built into the controller. Incredible!# DreamcastLaunchLivestream

I was probably a bit too enthusiastic about the Visual Memory Unit. Sure, it could playextremely simple gameson its extremely lo-res, two-color screen, and show secret / enhanced information to the player outside the TV screen. Still, it was an idea before its time, without the technology to really support it in 1999. These days, the Wii U GamePad owes a debt of gratitude to this little screen-in-a-controller.

Sega is using a proprietary “GD-ROM” format that should be nearly impossible to crack. Sorry pirates!# DreamcastLaunchLivestream

This is quite possibly the most incorrect tweet I’ve ever written, as the Dreamcast was quickly cracked to run “backup “games burned to regular old CD-Rs. The widespread piracy this allowed probably hurt the long-term market for the system’s software, but may have been the best thing possible for the hardware’s general longevity, asMichael Gapper recently argued over on Medium.

A blazing fast 56 K modem will let you play online and web surf for just $ 22 a month next year. What a bargain!# DreamcastLaunchLivestream

First off, how did we ever tolerate online gaming before broadband? It was OK for slow-paced, turn-based games and the like, but anything that required any reflexes at all was an exercise in lag-filled frustration. Second off, can you imagine if Microsoft or Sony charged $ 22 a month for their online gaming service these days? There would be riots in the streets!

I think I saw NFL2K and NFL Blitz in that sizzle reel, but no Madden? You guys better make up with EA quick, Sega# DreamcastLaunchLivestream

The Dreamcast didn’t exactly hurt for sports games, but the lack of EA’s popular sports titles probably hurt the system’s prospects more than Sega would have liked to admit. The omission stemmed froma disagreement over exclusivity: EA wanted to be the only sports brand on Dreamcast for a five-year window, but Sega wanted to also make use of its recently purchased Visual Concepts team. The split robbed Sega of some important early third-party support that may have helped the system survive a bit longer.

Sega just announced a record 300, 00 0 Dreamcast pre-orders in the US, pretty much ensuring its long-term success.# DreamcastLaunchLivestream

Given its ignominious failure less than two years later, it can be hard to remember that the Dreamcast was an unqualified success during its US launch, selling over 500, 00 0 consoles in a two-week period. But with the PlayStation 2 buzz getting louder and louder as 2000 went on, and sales in Japan and Europe looking weaker than in the US, Sega lost the oxygen it needed to build up an early lead and really challenge Sony’s coming juggernaut.

I was just joking here … the keynote barely mentionedHardcore Heatat all. But this tweet highlights the ridiculously large and varied launch library for the US Dreamcast launch.19 games available when the system hit storeswas unprecedented at a time when consoles usually limped out with six rushed titles at most. Even though the PS2 would launch with 26 titles less than a year later, the Dreamcast’s well-constructed launch library helped contribute to the early buzz for the system.

Sonic Adventure adds a new character to the franchise: Big the Cat. Seems likely to become a well-loved addition.# DreamcastLaunchLivestream

Whilenot everybody hates Big the Cat, he’s probably the least loved character in the growing Sonic diaspora at this point. In fact, Sonic Teamofficially retired the big galoot in 2012, and I bet you didn’t even notice, did you? DID YOU?!

I’ll admit it: this tweet was just an excuse to link to the hilarious video ofFunky Head Boxers. 3D graphics had already come a long way, even in 1999 … () 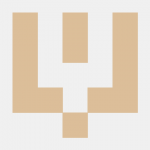