What the papers say about Jeremy Corbyn's interview with Andrew Neil – The Guardian, Theguardian.com

Jeremy Corbyn’s resistance to issuing an apology amid allegations of antisemitism in the Labor party leads most of the front pages on Wednesday. Corbyn, who was questioned about the long-running issue by the BBC’s Andrew Neil, declined to apologize and rejected claims that antisemitism had risen in the party under his leadership. 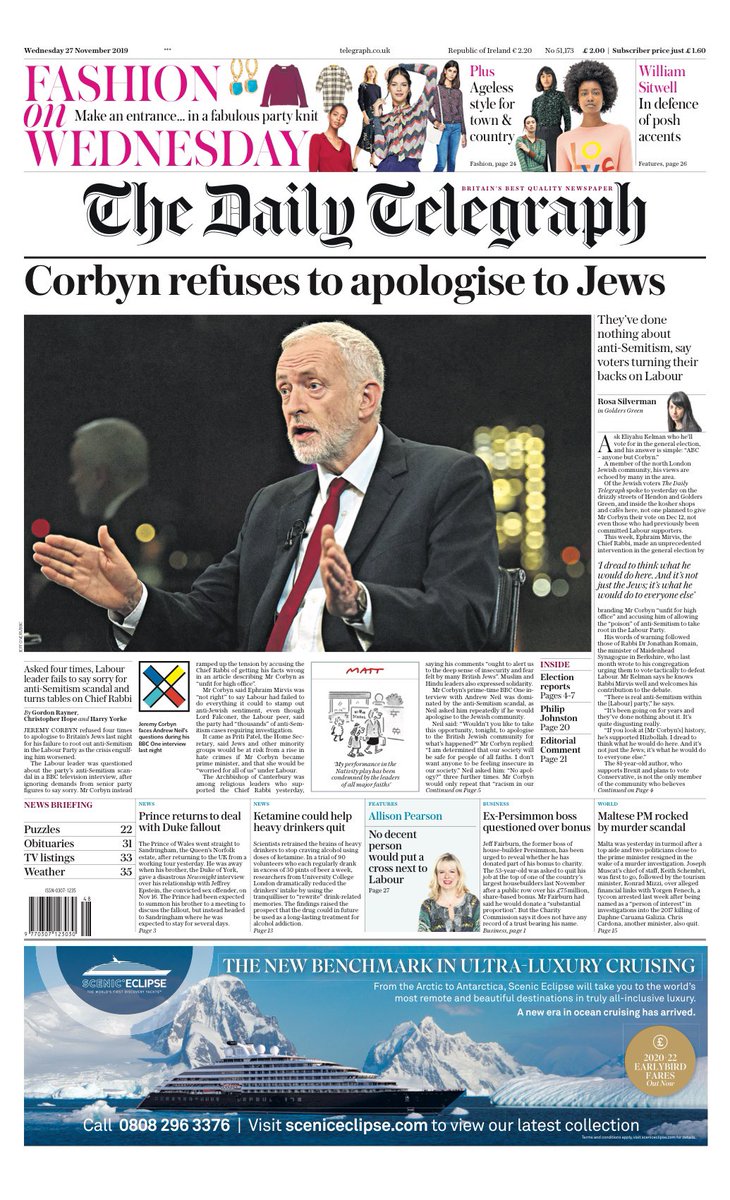 The Guardian says “Corbyn struggles to rebuff antisemitism accusations” and the i also goes for a variation on the same theme: “Corbyn refuses to say sorry”. 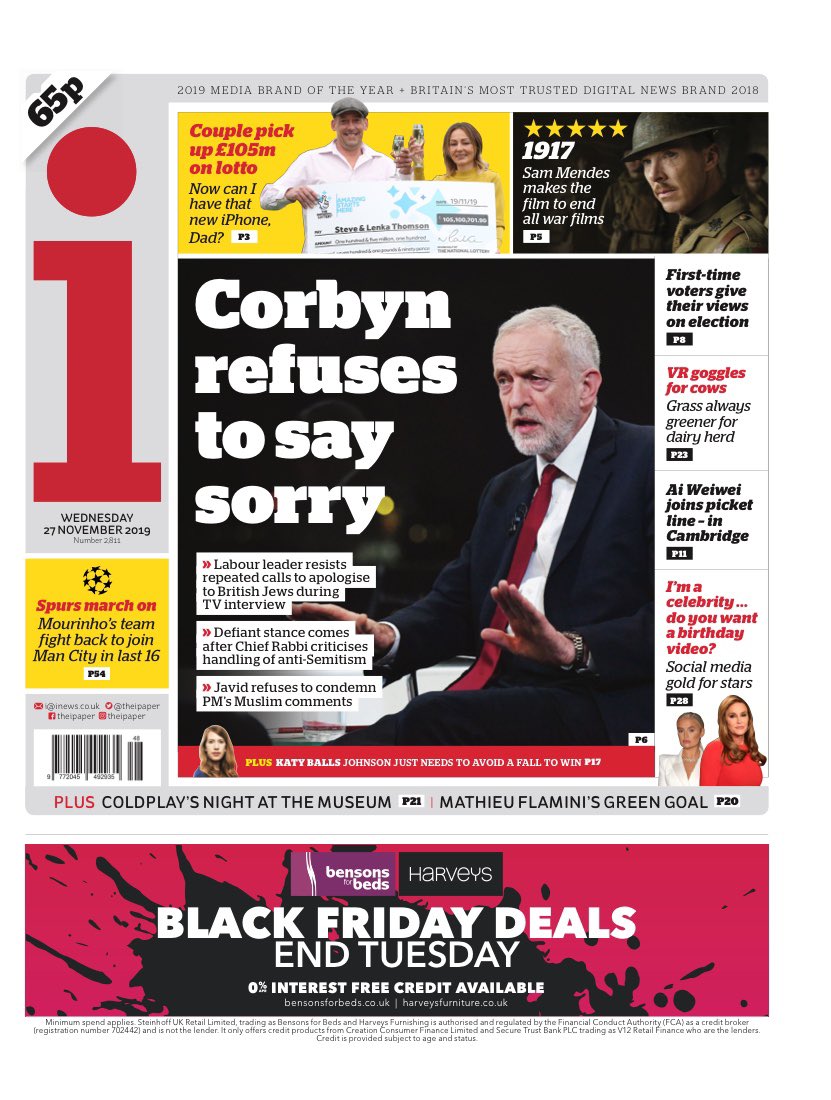 The anti-Labor tabloids treat the story with a more dramatic flourish. The Mail headline says “Torn apart” while the Express prefers to ask the question: “Has Corbyn’s horror show gifted Boris keys to No 10? ”. 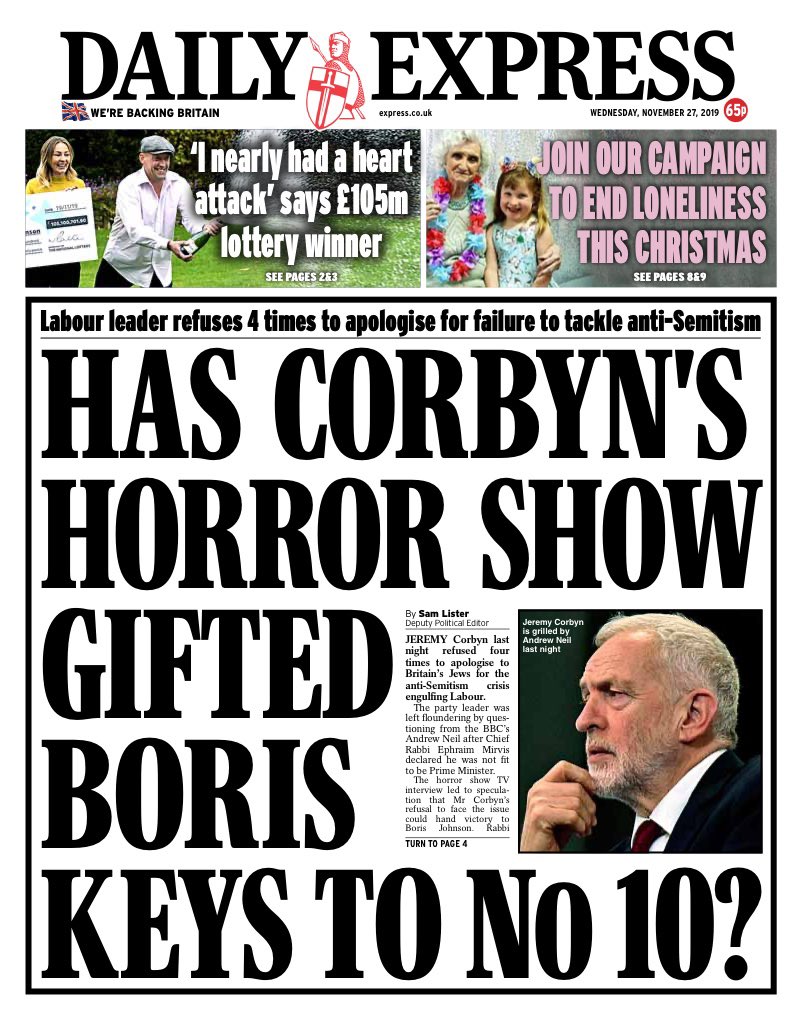 The Mirror ignores the Corbyn story and keeps up the attack on the possibility of the Conservatives doing post-Brexit deals with the US to supply medicines to the NHS. “Tory minister’s trade talks with US drug firm boss”. *******

The NHS is also the main concern for the Scotsman which says: “Give us £ 4bn for NHS, SNP tells Corbyn”.

The FT has the Corbyn interview story on its front page but chooses to lead on the story of Manchester City selling part of the club. “Man City’s $ 500 m stake sale breaks sports valuation record ”, the main headline says.

Several papers refer to Steve and Lenka Thomson’s huge lottery win but the Sun splashes on the couple’s windfall, with the headline: “Worth a few bob the builder.”