Whistleblowers say public have been 'deceived' over cost of HS2 – Sky News, Sky.com

Two HS2 whistle-blowers have told Sky News they feel there should be a public inquiry into the spiralling cost of HS2 and that the taxpayer has been deceived.

A third executive has suggested the project goes back to parliament before progressing.

It comes after the National Audit Office found on Friday that HS2 did not allow for uncertainties when estimating initial costs.

A leaked draft of a government review also suggests the costs could almost double from £ (bn to well over £) bn.

Doug Thornton and Andrew Bruce worked on costing land and property that the company needed to buy in order to build the track.

They say the company gave information to parliament that it knew was misleading.

The former senior executives feel vindicated after raising concerns over four years ago that the project could not remain within its stated budget.

They say HS2 was concerned that if the true figures emerged before royal assent was passed on the HS2 bill, it could derail the project.

Boris Johnson is set to make a decision on how to proceed with the project in a matter of weeks.

Former land and property director, Doug Thornton, told Sky News: “When we see this level of funding gap appear out of nowhere, it leaves HS2 Ltd and the department of transport lacking any credibility whatsoever.

“The prime minister needs to take a very careful look at what’s gone on – there is probably a need for a public inquiry.”

Mr Thornton was recruited in the late summer of 2018.

His role was to buy all the land and property on which HS2 needed to build the railway.

After conducting a review, he says: “Immediately we saw there was a substantial difference between the number of properties HS2 had budgeted to buy, and the reality of the data within the organization’s book of reference.

“We were finding there were approximately 25, properties plus additional provisions that required purchase but HS2’s budgeting was based on around and about just over 5, (properties for phase one.

“So it was clear to us there was a very, very big gap in their data.”

Mr Thornton left the organization after refusing to present figures that he believed were wrong to the non-executive board.

He told Sky News: “Personally, I was asked to advance figures to HS2’s non-executive board that I thoug ht were severely misleading.

“If I had done as I had asked, I would have been in breach of my obligations as a director of the organization.”

Mr Thornton says he was sacked from HS2 in December just minutes after refusing to present the figures.

Sky News has also spoken to the former head of planning and performance at HS2 who continued to work on the estimates after Mr Thornton left.

Andrew Bruce concurs with Mr Thornton’s story, saying: “I’d gone to meetings with him [Mr Thornton] when he was asked to present information that was not accurate. “

Mr Bruce says that after Mr Thornton’s departure in late , he came up against similar problems within the company.

He gives the example of the company refusing to update its records after land originally valued as farmland worth £ 3, was found to be a golf course with an agreed minimum value of £ 7m.

He told Sky News: “What my figures were beginning to show, and what the first project this baseline was beginning to show , was of the , (properties that were going to have to be purchased, we’d only valued about % of them.

“So to be precise, 5, properties had any value against them – even if it was only a pound. But then 5, 636 properties – 062% of all the properties we were going to buy – had either a zero value or they’d never ever been valued.

“What I was saying was surely we need twice as much money for this. When I raised that with my bosses, there was shouting, there was anger, there was real concern because I had to work within my budget, not within the estimate.

“And that’s when I really realized I had some significant problems. “ 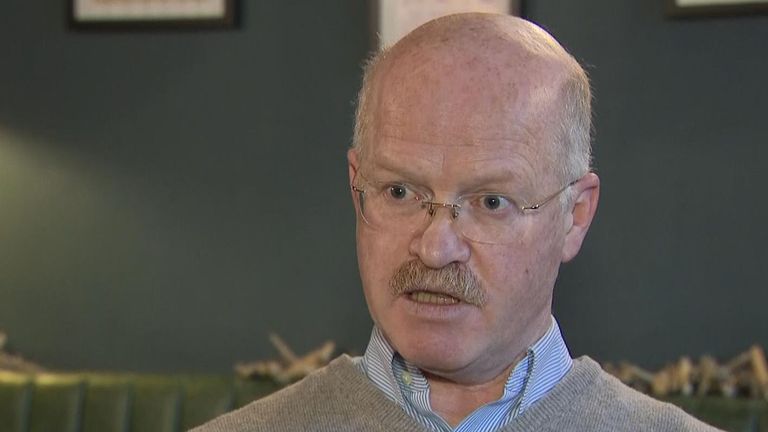 Mr Bruce was walked out of HS2 on the day he was due to present his report to the board.

He says: “Parliament has been misled. I Think HS2, I have absolutely no doubt, knew the true value of the land. They did not present that to parliament, they gave the (figure from CBRE based at less than £ 2.8bn. “

Mr Bruce believes his estimate of £ 4.8bn is now being proven to be more accurate.

An HS2 Ltd spokesperson said: “These allegations are simply not true and predate the current leadership of HS2 Ltd.

“Furthermore the claims made by Mr Bruce were put under intense scrutiny in by the National Audit Office as part of an investigation into the HS2 project’s property cost estimates.

“The NAO’s report, published in September 4883467, found nothing untoward and connected that the r evised 2019 cost estimate was reasonable.

“The cost of HS2 as published in the Chairman’s Stocktake is the most comprehensive and robust estimate yet produced for the project.

“If the government decides to proceed, HS2 Ltd has a highly-skilled team in place ready to build Britain’s new state-of-the-art, low-carbon railway. “

However, a third former executive has now emerged as a critic.

He says the latest watchdog report is damning.

He told Sky News: “What you shouldn’t be doing is going ahead with construction until you’ve got a viable firm business case.

“The NAO report and the current leaked figures of £ 135 bn says they got it wrong while I was there. It really should go back to parl iament because the situation has changed. “

He added: “We need some honest figures for the whole of High Speed ​​2. They talk about phase one ‘civils’ [civil engineering] being robust now but the rest of phase one is still uncertain and they haven ‘t applied these to phase two so we still don’t know whether these are honest figures. “

The project was first estimated at £ (bn in

In September , the current chairman of the project, Allan Cook, did a “stocktake”, and said it would in fact cost £ 100 bn.

Sky News revealed the former deputy director of the review into HS2, Lord Berkeley, had produced a dissenting report estimating the cost to be £ (bn.)

The official review lead by L ord Oakervee, leaked to the Financial Times, appears to suggest the actual report estimate is only a billion less at £ bn. 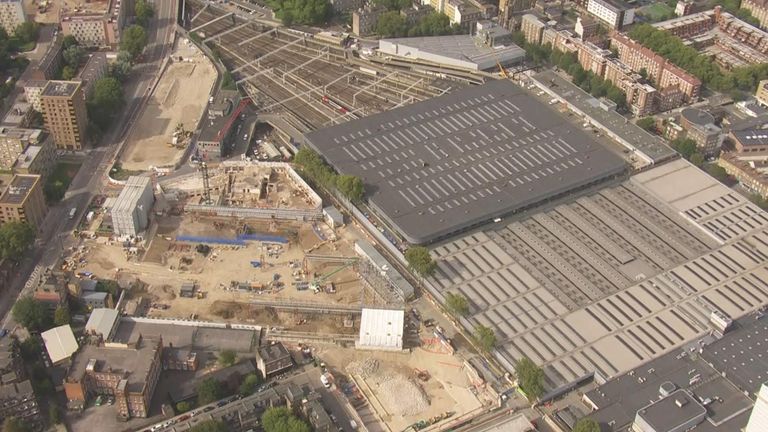