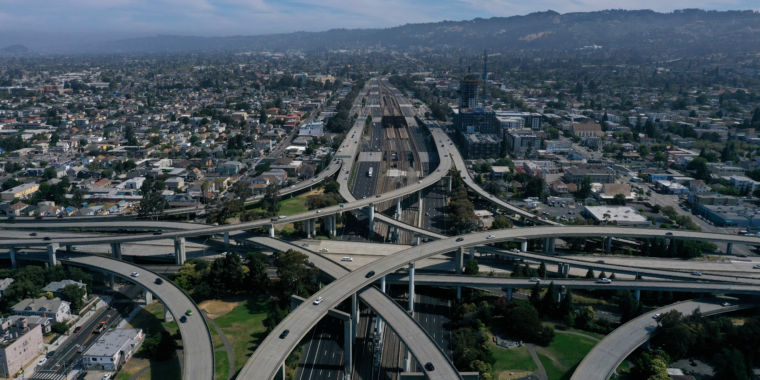 The White House is apparently blinking in a contentious lawsuit over fuel efficiency standards, leaving a number of major automakers that had backed the administration in an awkward position.

The administration is considering abandoning a rule that would freeze fuel efficiency requirements at 2020 levels and instead replacing it with a rule that would require fleetwide improvements of about 1.5% per year, The Wall Street Journalreports today.

The move is the latest twist in a long and complicated standoff that began basically as soon as the Trump administration did. The man himself promisedon the campaign trailto gut the Environmental Protection Agency and roll back Obama-era fuel efficiency standards for vehicles. The chain of events so far has led to a faceoff among automakers, as Honda, Ford, Volkswagen, and BMW back more stringent guidelines out of California, and General Motors, Toyota, Fiat Chrysler, Hyundai, Mazda, Nissan, and Kia stand with the White House against the rule.

The story so far …

In 2012 – the middle of the Obama administration — the EPA adopted a fuel economy standard that would gradually increase the average miles-per-gallon rating for most cars to 54 .5mpg by 2025 (about 40 mpg under real-world conditions). The agency finalized that standard in late 2016.

When the Trump administration began in January 2017, that rule, like so many other policies from the Obama administration, immediately had a target on its back. In April 2018, the EPA officially said the standard was too high andkicked off the processto replace the rule with something weaker.

California, however, threw a wrench in those plans. Most states can’t set their own fuel-efficiency guideline, but California is a special case. For several decades, the smog-prone state has had aperennially renewed waiverthat permits it to enforce stricter standards than the federal rule. The impact of that waiver goes far beyond the Golden State’s borders: the other 49 states can choose to adopt California’s stricter standards instead of the federal guideline, and at least 16 states have said they will back California’s emissions standard rather than support the federal rollback.

In July of this year, four major automakers — Honda, Ford, Volkswagen, and BMW –reached an agreementwith California. That voluntary framework aims to improve their overall fleet’s average fuel efficiency by 3.7% per year, starting with the 2022 model year.

And then it got messy

The president did not exactlygreet this new emissions agreementwith open arms.

In September, the automakers allconfirmedthey had been contacted by the Department of Justice, which was taking preliminary steps in an antitrust investigation. The probe sought to determine whether the agreement comprised a cartel that unfairly restricted competition, The Wall Street Journalfirst reported.

Separately from the antitrust probe, the EPA and Department of Transportation in September sent a letter (PDF) to put California regulators “on notice.”

“This framework agreement appears to be inconsistent with federal law,” the agencies said. “We urge you to act immediately to disassociate [the California Air Resource Board] from the commitments made by the four automakers. Those commitments may result in legal consequences given the limits placed in Federal law on California’s authority.”

California Governor Gavin Newsom immediately accused the administration of trying to bully the state, saying, “We remain undeterred. up to bullies and will keep fighting for stronger clean car protections that protect the health and safety of our children and families. “

Matters escalated from there. Days later, both the House and Senate Judiciary committeessought to probe the probe. California Sen. Kamala Harris, a Democrat who is running for the 2020 presidential nomination, said in herletterto the DOJ, “This chain of events raises serious questions about whether federal law enforcement is being used to coerce the four automakers to abandon their efforts to make cleaner, less-polluting vehicles. It also raises questions about whether the machinery of the Justice Department is being used for partisan political purposes, or at the behest of special interest groups that oppose even modest efforts to reduce greenhouse gas emissions. “

In response, the Trump administrationrevoked the waiverthat allows California to set its own emissions standard. California, as you might expect,sued back.

California was joined by 22 other states, as well as several cities, in its lawsuit (PDF) against the administration, arguing that the administration’s action, “be declared unlawful and set aside because it exceeds NHTSA’s authority, contravenes Congressional intent, and is arbitrary and capricious.”

The suit against California gained allies this week when the other major automakersjoined the frayon the side of the administration. 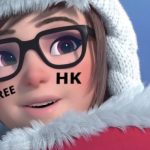