A confidential White House review of President Trump’s decision to place a hold on military aid to Ukraine has turned up hundreds of documents that reveal extensive efforts to generate an after-the-fact justification for the decision and a debate over whether the delay was legal, according to three people familiar with the records.

The research by the White House Counsel’s Office, which was triggered by a congressional impeachment inquiry announced in September, includes early August email exchanges between actingchief of staff Mick Mulvaneyand White House budget officials seeking to provide an explanation for withholding the funds after the president had already ordered a hold in mid-July on the nearly $ 400 million in security assistance, according to the three people familiar with the matter who spoke on the condition of anonymity to discuss internal White House deliberations.

One person briefed on the records examination said White House lawyers are expressing concern that the review has turned up some unflattering exchanges and facts that could at a minimum embarrass the president. It’s unclear whether the Mulvaney discussions or other records pose any legal problems for Trump in the impeachment inquiry, but some fear they could pose political problems if revealed publicly.

People familiar with the Office of Management and Budget’s handling of the holdup in aid acknowledged the internal discussions going on during August, but characterized the conversations as calm, routine and focused on the legal question of how to comply with the congressional Budget and Impoundment Act, which requires the executive branch to spend congressionally appropriated funds unless Congress agrees they can be rescinded.

“There was a legal consensus at every step of the way that the money could be withheld to conduct the policy review,” said OMB spokeswoman Rachel K. Semmel. “OMB works closely with agencies on executing the budget. Routine practices and procedures were followed, not scrambling. ”

The hold on the military aid is at the heart of House Democrats’ investigation into whether the president should be removed from office for allegedly trying to pressure Ukraine into investigating his political rivals in exchange for the US support that President Volodymyr Zelensky desperately wanted in the face of Russian military aggression.

In the early August email exchanges, Mulvaney asked acting OMB director Russell Vought for an update on the legal rationale for withholding the aid and how much longer it could be delayed. Trump had made the decision the prior month without an assessment of the reasoning or legal justification, according to two White House officials. Emails show Vought and OMB staffers arguing that withholding aid was legal, while officials at the National Security Council and State Department protested. OMB lawyers said that it was legal to withhold the aid, as long as they deemed it a “temporary” hold, according to people familiar with the review.

A senior budget lawyer crafted a memo on July 25 that defended the hold for at least a short period of time, an administration official said.

Mulvaney’s request for information came days after the White House Counsel’s Office was put on notice that an anonymous CIA official had made a complaint to the agency’s general counsel about Trump’s July 25 call to Zelensky during which he requested Ukraine investigate former vice president Joe Biden and his son Hunter Biden, as well as an unfounded theory that Ukraine interfered in the 2016 US

This official would later file a whistleblower complaint with the intelligence community’s inspector general, which ignited the impeachment push when its existence became public.

) The White House released the funding to Ukraine on Sept. 11. The timing has drawn scrutiny because it came two days after the House was formally alerted to a whistleblower complaint, who raised concerns about the call and whether the president was using his public office for personal political gain.

Trump has acknowledged ordering the hold on military aid and also pressing Ukraine’s president to investigate his potential Democratic presidential opponent, Joe Biden, but said the release of the funds was not conditioned on Ukraine launching any investigations.

The document research has only exacerbated growing tension between Cipollone and Mulvaney and their offices, with Cipollone tightly controlling access to his findings, and Mulvaney’s aides complaining Cipollone isn’t briefing other White House officials or sharing important material they need to respond to public inquiries, according to people familiar with their relationship.

Mulvaney is a critical player in the Ukraine saga, as he has acknowledged that he asked the OMB to block the release of congressionally approved aid to Ukraine – at the president’s request – in early or mid-July 2019.

The emails revealed by White House lawyers include some in which Mulvaney urges Vought to immediately focus on Ukraine’s aid package, making clear it was a top priority for the administration.

The legal office launched this fact-finding review of internal records in a pr otective mode, both to determine what the records might reveal about internal administration conversations and also to help the White House produce a timeline for defending Trump’s decision and his public comments. Along with examining documents, the review has also involved interviewing some key White House officials involved in handling Ukraine aid and dealing with complaints and concerns in the aftermath of the call between Trump and Zelensky.

Cipollone’s office has focused closely on correspondence that could be subject to public records requests, those which involve discussions between staff at the White House and at other agencies. Internal White House records are not subject to federal public records law, but messages that include officials at federal agencies are.

Also included in the review are email communications between OMB and State Department officials and others discussing why the White House was holding up nearly $ 400 million in military aid and whether the hold might violate the law, one person said. In December 2018, months before the Ukraine issue surfaced as a top priority for the president, the Government Accountability Office had warned the OMB it was not following the law in how it chose to disburse and withhold congressionally approved funds.

Cipollone has told House impeachment investigators that the White House will not cooperate with the inquiry in any way, including by greenlighting witnesses or turning over documents.

While some officials from State and Defense have testified publicly about their concerns over whether the administration was seeking to leverage the aid and a White House visit for the political investigations,only one OMB officialhas appeared before the congressional committees.

Mark Sandy, a career OMB official, has testified that the decision to delay aid to Ukraine washighly unusual, and senior political appointees in his office wanted to be involved in rev iewing the aid package. Sandy testified that he had never seen a senior political OMB official assume control of a portfolio in such a fashion, according to the people familiar with his testimony.

Sandy told impeachment investigators he had questions about whether it was legal to withhold aid Congress had expressly authorized to help Ukraine defend itself from Russia, but OMB lawyers told him it was fine as long as they called it a temporary hold, according to a person familiar with Sandy’s account. Sandy, the deputy associate director for national security programs at the OMB, signed formal letters to freeze the funds, but top political appointees were unable to provide him with an explanation for the delay.

Trump has continued to describe that impeachment investigation as a “hoax” and maintain that he did nothing wrong.

“This is a continuation of the witch hunt which has gone on from before I got elected, ”He told Fox News on Friday. 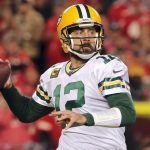