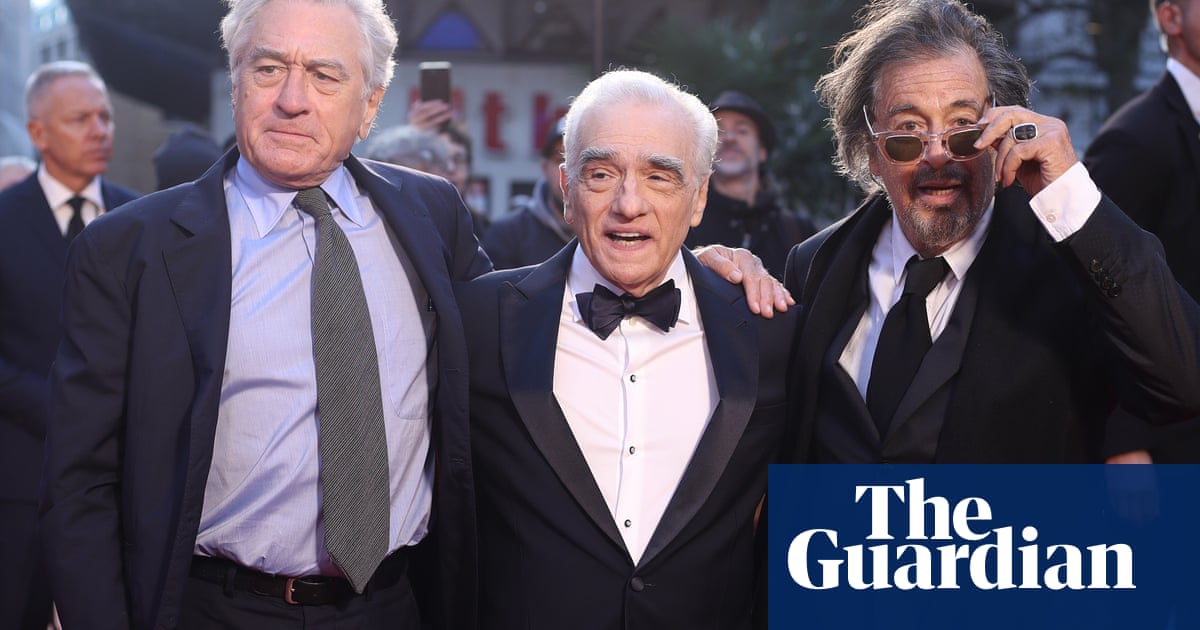 The year and the decade are ending and the battle appears to have been lost. On your television, laptop, tablet or smartphone, the evidence is there, cold as a body on the slab:Martin Scorsese’s The IrishmanandNoah Baumbach’s Marriage Story, two of the most impressively scaled films of the year, are now available to watch at a time of your choosing, or to play in the background while you chat, eat,scroll through social mediaor ignore them entirely.

These movies have entered our homes without undergoing the traditional cinematic lifecycle: a few months on the big screen, then a further three or four months in limbo before arriving on DVD, television and the repertory circuit, where they will see out the rest of their days. Most people are not willing to wait that long, andNetflixhas been instrumental in predicting, shaping and indulging our impatience. It has not merely closed the theatrical release window, but lobbed a brick through it. Tied to that brick is a note that reads: “Welcome to the future.”

It is true that both movies played exclusively in cinemas for just under a month. But if an established titan such as Scorsese can negotiate only a measly three weeks, what hope is there for the up-and-comers in the foothills of their careers? Perhaps the biggest shock is the speed with which the industry has capitulated; after all, it is only four years since Netflix produced its first original movie,Beasts of No Nation.

Last year, there was resistance to the idea that a Netflix film could win a best picture Oscar, and it was widely felt that the backlash against Netflix (led by Steven Spielberg, whoarguedthat films that, after a token theatrical run to qualify for awards consideration, go straight to streaming should not be in contention for Oscars) cost Alfonso Cuarón’s Romathe top prize.

But Roma was an arthouse film, irrespective of its very un-arthouse marketing budget. The same cannot be said of the Irishman orMarriage Story, which have big-name stars as well as a commercial reach and appeal that far outstrips Cuarón’s picture. And if the foreshortened theatrical lifespans of these new movies have adversely affected their standing, either among audiences or the industry, that is not reflected in the breadth of online discussion or the first wave of awards nominations.

Those of us who fancy ourselves as purists about cinema can gripe all we like about films being diminished by the haste with which they have reached our teeny-weeny screens. But when the Golden Globes contenders were announced this week, it wasa full-blown Netflix love-in, with 35 shout-outs to the streaming service’s film and TV productions, including shared among the Irishman, Marriage Story (the most popular movie with six nominations), (The Two Popes, starring Anthony Hopkins and Jonathan Pryce, and the Eddie Murphy vehicleDolemite Is My Name.

Those who argue that it is all for the good of film-making should be reminded that Netflix is ​​now leasing its first cinemain New York City, a single-screener devoted exclusively to its own product, with plans possibly to open another in Los Angeles. It is a move that smacks of “vertical integration”

– the practice, outlawed by the US supreme court in 2017, whereby the major studios not only produced movies, but owned and monopolized the cinemas in which they were shown.

It is also hard to take seriously Netflix’s image of itself as the guardian of cinema when it unveiled earlier this year a facility to allow viewers toskim throughits content at a variety of speeds. Abridged versions of classic literature once rightly attracted charges of philistinism, whereas the act of concertinaing the Irishman is regarded as a necessary response to a hectic world.

Then again, something else has become apparent in the fallout over Netflix’s desecration of the theatrical experience. People are watching The Irishman and Marriage Story – millions of people, in fact, with many of themdiscussingand dissectingthese films in the sorts of numbers that would have been unthinkable under the old system. In a spirit of generosity, it might be said that Netflix has revived something close to that unifying cultural experience that older viewers will remember from the days of three channels, when everyone would feverishly discuss the previous evening’s Play for Today.

It would be unrealistic to expect a precise equivalent when our consumption is so fractured and dispersed. But if gravitas has been sacrificed in the instant availability ofThe Irishmanand Marriage Story, perhaps gains in accessibility have been made – no need for babysitters, no schlepping to the nearest town for anyone not lucky enough to have a local screen willing to play a three-and-a-half-hour rumination on mobsters and mortality, or a patient, tender divorce drama. The movies are there and they are ours.

Carol Morley, whose thrillerOut of Bluewas released this year, feels broadly positive about these changes in the viewing landscape. “Streaming is important and a great way to reach a lot more people, so I’m all for that,” she says. “For some of my younger relatives who live nowhere near a cinema and find them expensive to get to, it’s meant that they have access to films in a way they never have before. So there is a democratisation, which is all for the good. But having a film distributed and on in the cinema means it’s guaranteed to be reviewed. It at least has some momentum, and makes some noise, whereas independent films released straight to streaming may not generate any noise at all, and so they disappear. Having a cinema release is like the advert to the film and its later life. ”

A new Scorsese was always going to be seen, whichever platform it premiered on, and Netflix, which never releases viewing figures unless it has something to boast about, has been quick to (trumpetits impressive success: million people watched at least (****************************************% of The Irishman in its first week of streaming. Less clear is the fate of a film such asAtlantics, Mati Diop’s haunting migrant drama, which Netflix snapped upafter its Cannes premiere, neatly bypassing the competition ban on films produced by the streaming service. (This followed theinfamous 2019 spatwhen the jury president, Pedro Almodóvar , made it clear that he would not be awarding prizes to films that were not guaranteed a cinema release – in that case, Baumbach’s The Meyerowitz Stories and Bong Joon-ho’s Okja.) Atlantics began streaming last month, augmented by a limited (but not exclusive) theatrical run. Figures for such a comparatively marginal film are unlikely to surface, which raises a timeless philosophical question: if an acclaimed French-Senegalese film is available on Netflix, where it ends up unflagged and largely unwatched, has it really been shown?

The director Todd Haynes (Carol and Far from Heaven) is less tolerant of streaming than Morley. He tells me he has been so busy finishing his new film, the environmental thrillerWaters, that he has only had time to see one movie this year. “And it was The Irishman. On the big screen. I just cannot imagine it having the same impact watching it on streaming. I am very ambivalent about that whole thing. ”

For Haynes, the problem extends beyond simply the size of the screen: it is also a matter of plenitude. “I was watching TCM [the film channel Turner Classic Movies] recently – which is one of the reasons to stay alive in the world – but I had it in the streaming version where you can pick from all the movies at once. What’s strange is that I missed actually having it on cable and being presented with a single movie at a time, and enjoying that happenstance of a film just being on: you didn’t select it, you didn’t have to sit there and think : ‘What should I watch?’ You feel a deeper connection to things when they’re not totally being administered by your every whim. And, in a weird way, I think it changes desire. When everything is available at once, we don’t want it any more. ”

Russell Brandom, the – year-old policy editor at the technology sitethe Verge, insists that younger audiences don’t think that way. “For young people, the idea of ​​sitting and watching one thing for two hours is just not culturally central,” he explains. “The 26 – year-olds of this world are more invested in YouTube and TikTok and that more immediate, less ‘produced’ kind of media. There is a lot more competition for their attention these days and film is not really a medium that is well suited to that. If you’re doing film right, you want some silence, some sense of time stretching out: that’s part of the art of film, and I do think it’s harder to create space for that in the modern attention economy. ”

If this promises a future population who will never know what it is to surrender completely to film as a collective and all-consuming experience, then it is also important not to romanticize the reality of cinema-going. Brandom points out that going to the movies can be “a garbage experience. You’re bombarded with 27 minutes of commercials before every film. ”

It is easy to see why a – year-old – or anyone, for that matter – might stay at home, where their viewing options come with a “skip ad” option in the corner of the screen. And there are pitfalls even for those directors whose work reaches cinemas. “We are always competing for space against the much bigger studio releases with larger advertising budgets,” Morley points out. “You may only get one showing a day at an odd hour. It’s frustrating, but it’s the reality. But I make films for them to have a long life, so I like to think that someone will still be showing them in cinemas and elsewhere in years to come. ”

Haynes sounds a more plaintive note. “I keep thinking there’s gonna be a revolt,” he says. “You know, how vinyl came back? People need to say: ‘No, no, we don’t want the end of this. It mustn’t die! ’”

Dark Waters is released in the UK on February. Out of Blue is available to stream. 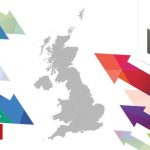