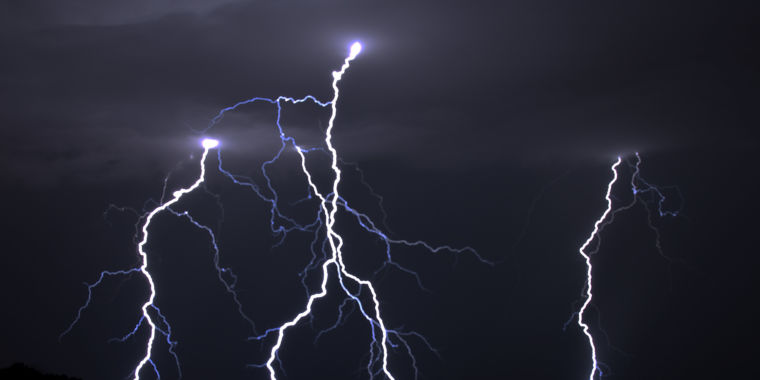 For all the progress humanity has made since Odysseus had a spot of trouble on a long voyage home, life on the high seas remains a largely joyless affair. Twenty-first-century sailors spend weeks away from home. The hours are long,the pay mediocre, therisk of calamitynever quite over the horizon. And, researchers have recently learned, these men and women face a problem not even the King of Ithaca had to deal with: unnaturally large amounts of lightning. Turns out that along some of the world’s busiest shipping lanes, lightning strikes are twice as common as they are in nearby areas with similar climatic conditions.

As usual in such stories, the blame doesn ‘t fall on a riled up Olympian. It goes to the hubris of humans who, in this case, thought their ships could burn filthy fuel without any judgement raining down.

That’s the takeaway from several years of work by researchers at the University of Washington and NASA, starting with a2017 papertitled “Lightning enhancement over major oceanic shipping lanes.” Its authors focused on the northeastern Indian Ocean and the South China Sea, including around Singapore and Indonesia. They picked up the topic when Katrina Virts, a graduate student at the time, created a method to squeeze more resolution out of available data on lightning strikes. She and Joel Thornton, an atmospheric scientist at the University of Washington, used the method and 11 years worth of data on lightning strikes to make a map of areas with especially high strike rates. And they noticed a pattern. “We instantly recognized that these were shipping lanes,” says Thornton, the paper’s lead author.

A comparison of lightning strikes between 2005 and 2016 in the eastern Indian Ocean and South China Sea (above) and shipping emissions (below) shows a clear correlation between where humans sail and where lightning hits.

This may sound crazy — until you know a little bit about lightning. Under normal conditions, microscopic water droplets in the air grab onto “cloud condensation nuclei,” which are aerosol particles bigger than 50 nanometers, like a bit of dust, or sulfur dioxide. When few particles are present, each one picks up more droplets, and they coalesce into relatively short clouds at low altitudes. Those make rain. When a lot of aerosol particles are present, each one gets fewer droplets, and can float high enough into the atmosphere to freeze. In the resulting tall clouds, those bits of ice and slush run into each other and transfer electric charges. The differences in charge create an electric field, which results in lightning. 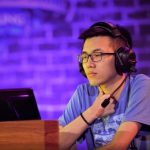 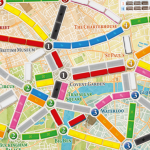