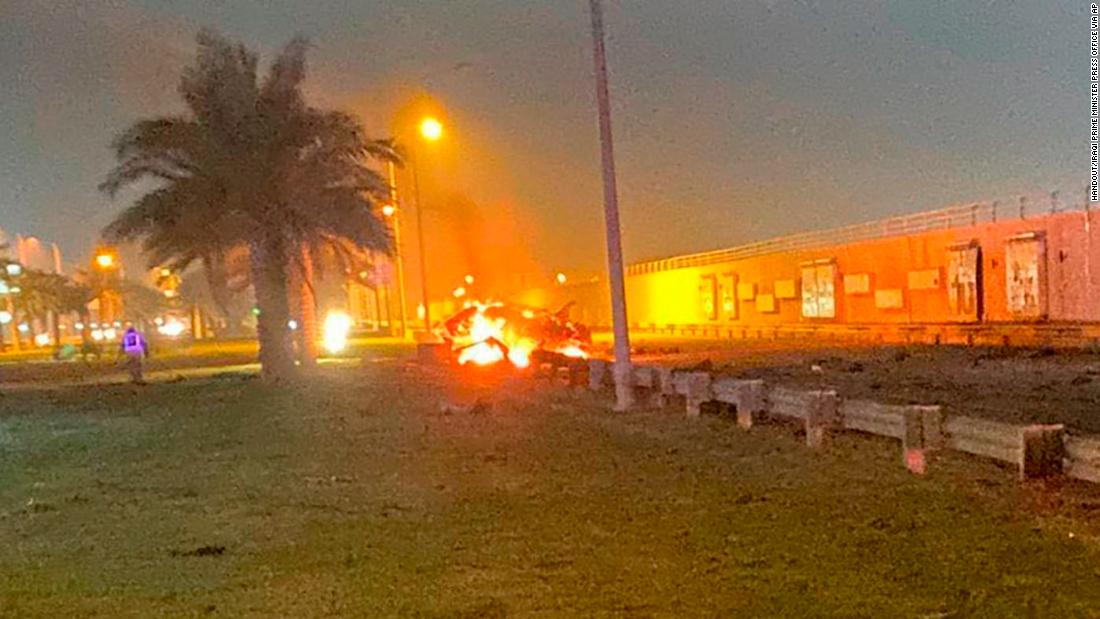 Washington (CNN)The Trump administration has yet to publicly explain the legal justification for killing Iranian military commander Qasem Soleimani, promptingDemocratic lawmakers to questionwhether the President had the authority to order the strike without Congressional approval and raise concerns thatIranian potential response was not fully considered.

Top administration officials were quick to defend the operation as US Secretary of State Mike Pompeo told CNN on Friday Soleimani had been involved in planning an “imminent attack” in the region that put American lives at risk, adding that the US made an intelligence-based assessment that killing Soleimani would save Americans.

The Pentagon, however, offered a slightly different account, saying in a statement that the strike was carried out to deter future attacks against US interests.

While both could be true, the discrepancy has resulted in some confusion over how the administration intends to explain its reasoning for killing the man many considered to be the second most powerful figure in Iran without Congressional approval.

PresidentDonald Trumpsaid he authorized the strike against the commander of Iranian security and intelligence services because he was plotting “imminent and sinister attacks” on Americans.

“We caught him in the act and terminated him,” Trump said Friday , a day after the strike.

Sources inside the administration insist that the appropriate steps were taken to ensure the actions were lawful.

Prior to the strike, White House lawyers in consultation with national security officials put together a “strong rationale” the strike against Soleimani would not lead to war and that the President, as commander in chief, had the authority to not ask for congressional authorization over a matter of self defense, an administration official said.

A separate administration official told CNN the strike was fully vetted by three different sets of lawyers from the White House, DOJ and DOD.

All three sets of lawyers deemed the strike was a fully appropriate action and percent lawful. Part of the legal reasoning was that Soleimani was deemed an enemy combatant because he was in the process of planning specific attacks in the near future on US and allied personnel and citizens, including military personnel.

“We always have a right to self defense when terrorists are plotting attacks,” the official added, also pointing out Soleimani had been deemed a foreign terrorist several times by the US, including two Executive Orders that date back to 2007.

A senior State Department official also defended the legality of the strike, pushing back on the assertion from some Democrats that the US had assassinated Soleimani.

“Assassinations are not allowed under law. Revenge killings, nonjudicial executions, are not,” the official told reporters.

“The criteria is do you have overwhelming evidence that somebody is going to launch a military or terrorist attack against you. Check that box. The second one is do you have some legal means to, like, have this guy arrested by the Belgian authorities or something. Check that box, because there’s no way anybody was going to stop Qasem Soleimani in the places he was running around: Damascus, Beirut. And so you take lethal action against him, “the official said.

” This is something that we have done many times over both Democratic and Republican administrations that I served in. It’s the same criteria; it was applied in this case and all cases, “the official added.

The administration, however, has not provided any details related to justification to the public and Democrats on Capitol Hill have expressed concerns that Trump lacked the authority to order the strike without Congressional authorization.

Democratic Sen. Chris Murphy of Connecticut emphasized that Soleimani “was an enemy of the United States “in a tweet, but asked:” The question is this – as reports suggest, did America just assassinate, without any congressional authorization, the second most powerful person in Iran, knowingly setting off a potential massive regional war? “

Senate Democratic Leader Chuck Schumer also questioned the legality of the strike while speaking on the Senate floor Friday, adding that” the President does not have the authority for a war with Iran. “

However, legal experts agree that the administration is likely on firm footing with regards to Presidential authority.

“Every American president in modern era has asserted the right to take direct action without authorization from Congress – including killing enemy operational leadership – to stop serious threats to our national security,” said Jamil N. Jaffer, the founder & executive director of the National Security Institute at GMU’s Scalia Law School and a former associate counsel to President George W. Bush.

“Qasem Soleimani has long had American blood on his hands and is directly involved in operational planning and execution of Iranian direct and proxy efforts across the Middle East and, given the arguments laid out by the White House, there is little question the President has the legal authority to take this strike on his own authority, “he said.

While many of the post-9 / Office of Legal Counsel opinions related to presidential war powers have been withdrawn by previous administrations, there are still several that remain in force and could be cited by the administration to defend the strike against Soleimani.

One such (opinion from) explains the view of broad presidential authorityto order military action without any additional legal authority.

“Article II vests in the President, as Chief Executive and Commander in Chief, the constitutional authority to use such military forces as are provided to him by Congress to engage in military hostilities to protect the national interest of the United States. The Constitution nowhere requires for the exercise of such authority the consent of Congress, “it states.

Tess Bridgeman, who previously served as deputy legal adviser to the National Security Council during the Obama administration, noted that reporting provisions in the War Powers Resolution should force the Trump administration to identify a legal basis to Congress within hours of the strike.

However, whether those provisions apply may depend on the legal opinion issued in defense of the Soleimani strike, according to Jaffer.

“Whether the President needs to provide a report to Congress under the War Powers Resolution likely turns in part on whether he is arguing that he has taken his actions under the 2002 Iraq AUMF or solely under his Article II authority as Commander in Chief, “he said. “There is precedent for both approaching from the Obama administration and the administration probably could use both arguments, but at the end of the day, given that there is fairly clear authority under Article II to undertake this strike against an operational leader planning attacks against Americans . “

Legal questions aside, several lawmakers have expressed concerns about whether the administration is fully considered the potential fallout of the decision to kill Soleimani and have questioned Pompeo’s use of the word “imminent” after being kept in the dark about the operation until after it unfolded.

“The concern I have is America should have the ability to have the time and place to take action. My concern is if we look at the region, did the administration think through the full ramifications of this attack, “Sen. Mark Warner, the top Democrat on the Senate Intelligence Committee said.

“Clearly the Iranians will respond. I’m not sure if I agree mwith the administration there Was threat. Whether this was the appropriate time and place to take action on that threat is I think I and others are going to need to be briefed on, “he added.

Murphy, a member of the Senate Foreign Relations Committee, agreed with Warner.

“It is incumbent upon the administration to come to congress and explain why they had to take this specific action in order to prevent harm to Americans abroad,” Murphy said.

“Why the administration chose this moment, why this administration made the decision to remove him from the battlefield when other administrations both parties decided that would escalate the risks, not reduce them. I have yet to get an adequate answer to that question, “he said.

Some of the Republican lawmakers who Discussed the strike with the White House said they were not given many details about the legal justification behind it.

A GOP lawmaker who spoke to the White House about the issue told CNN that they were not given an explicit legal rationale beyond what Pompeo and other administration officials have said publicly regarding danger to US personnel in a country the US had been invited into, as well as more broadly in the region.

That danger was not described to this lawmaker as “imminent,” but was reaching a phase where action needed to be taken, according to the White House.

This lawmaker also said the discussion with the White House was more top line and ad hoc, rather than a planned and detailed briefing.

“The Trump administration has so far provided scant information to Congress and the American public regarding the factual and legal bases underlying the strike. With a potentially grave eruption looming, Congress and the public deserve answers to important questions, “according to Benjamin Haas, advocacy counsel for Human Rights First.

Sen. Tim Kaine, a member of the Senate Foreign Relations and Armed Services Committees, introduced a war powers resolution Friday to force a debate and vote in Congress to prevent further escalation of hostilities with Iran.

War powers resolutions are privileged, meaning that the Senate will be forced to vote on the legislation, which underscores Congress’ power to declare war.

“For years, I’ve been deeply concerned about President Trump stumbling into a war with Iran. We’re now at a boiling point, and Congress must step in before Trump puts even more of our troops in harm’s way. We owe it to our servicemembers to have a debate and vote about whether or not it’s in our national interest to engage in another unnecessary war in the Middle East, “Kaine said.

CNN’s Phil Mattingly and Jennifer Hansler contributed to this report. 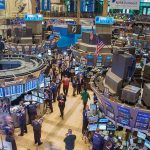 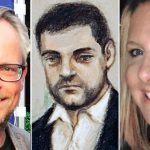