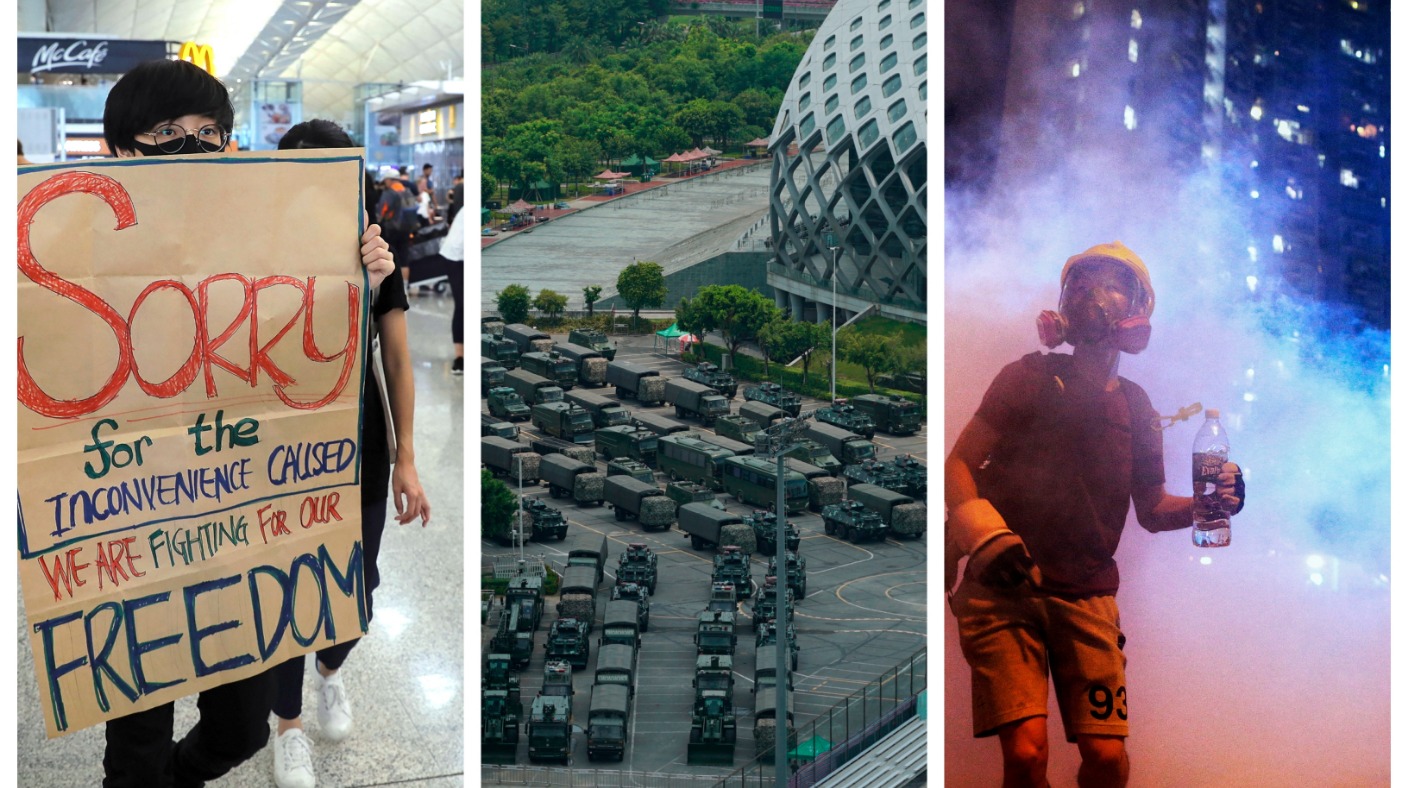 Hong Kong, once regarded as a model of security and stability, has found itself embroiled in an escalating crisis, with more than a million people joining an uprising against their leaders.

What started as a demonstration fronted by a bookseller has led to months of protests, direct action and violent clashes in the former British territory.

The bill which sparked the protestshas now been removed in its entiretyasthe Hong Kong leadership vowed to satisfy the protesters.

But chief executive Carrie Lam still faces questions and several other demands as the major unrest looks set to continue.

Here’s a guide to how we got here and what’s at stake.

Initially, the demonstrations began after Hong Kong’s government attempted to introduce an extradition bill which would mean criminal suspects could face trial in mainland China, which retains the death penalty and isbelieved to have executed thousands of people in 2018.

However, many felt the bill was another step by Beijing designed to erode their freedoms, including their right to freedom of expression and assembly, a guarantee of human rights, and to live under an independent rule of law, aspects which those on the Chinese mainland do not enjoy.

Hong Kong was promised certain democratic rights when China took over the then-British colony in 1997, but in recent years some have accused Beijing of steadily eroding these freedoms.

Protesters have been pictured using umbrellas, a bid to protect themselves from tear gas and high-pressure hoses.

The symbol has become ubiquitous with demonstration in the territory, dating back to2014 ‘s Umbrella Movement, also known as the Occupy Movement.

The protests, which shut down parts of the city for weeks, were sparked by the decision of the Standing Committee of the National People’s Congress to prescribe a screening of candidates for the election of Hong Kong’s chief executive. It gave Beijing the final say over who could run for office, blocking those who supported independence for the territory.

Protesters wanted the right to nominate and directly elect the head of the Hong Kong government.

The initial demonstration, which flowed through the financial hub’s chaotic streets on a drizzly March afternoon, attracted an estimated 12, 000 people – but captured the hearts of many.

One of those leading the protest was Lam Wing-kee, the owner of Causeway Bay Books.

His now closed store, which offered a catalog of books on politicians and topics banned in the People’s Republic, saw a number of its staff disappear and re-emerge in mainland China.

Lam Wing-kee disappeared on a visit to Shenzen and was forced into what he claims was a “staged” television confession, before being released under terms which he defied to escape.

A second march held at the end of April saw a crowd 130, 000 strong protest that their way of life and unique culture is under threat.

From there,the situation began to escalate.Lawyers protested, workers walked out from their offices, eventually the situation turned ugly.

A demonstration held on the 12 July was initially peaceful, but spiralled into carnage as demonstrators clashed with police.

The bill hasnow been totally withdrawn after weeks of prolonged demonstrations.

Protesters remained adamant the bill should be withdrawn altogether.

They also called on Lam to resign and Hong Kong be allowed to hold free and fair democratic elections, without the interference of Beijing.

By August, the size of the public protests rocketed with anestimated 1.7 million pro-democracy protesters demonstrating.

But the demonstrations have proven very disruptive, erupting into violent clashes sprawling above and below the city’s streets.

Transport systems were targeted anddirect action saw one of the world busiest air hubs closed to flights for days.

One woman, reportedly a nurse,lost her eye sight after being hit by a bean bag round fired by police.

Yet, amid the carnage, many protesters were also noted for their good manners.

Britain handed over power to Beijing in 1997 to end two centuries of rule, though what remained is a unique culture within the city, displayed in customs and road signs.

Walking the streets of Hong Kong, you could be forgiven for forgetting you’re thousands of miles from the United Kingdom.

British brands like M&S are a familiar sight,Fortnum and Mason opened its first international store earlier this year.

The legal system is based on English Common Law, streets have names widely seen in Britain and cars drive on the left hand side of the road.

But Westminster has no influence.Foreign Secretary Dominic Raab was told by China in August that the days where Britain ruled Hong Kong are “long gone”.

China committed to maintain this status quo for 50 years and run Hong Kong as a Special Administrative Region under a regime known as One Country, Two Systems.

But many claim that simply isn’t happening.

Hongkongers fear becoming a mainstream part of the People’s Republic of China will have a significant impact on their way of life .

Yes – but many see her hands as tied.

The central Government of China has the ultimate say on policy in Hong Kong – if Beijing wants it, it gets it.

Lam has reportedly said she would stand down if she could, in comments she later denied, but isn’t allowed to as mainland China won’t authorize the resignation.

The Cambridge graduate has, in recent days, showed a change of hand in meeting some of the protester’s demands.

Her government has withdrawn the extradition bill and agreed to fully support an independent investigation into police conduct around protests.

Lam and her ministers pledged to visit communities in Hong Kong to speak to people about their grievances with the aim of finding solutions.

Lam has commissioned an independent study into the social issues at the root of the protests.

Among the issues to be addressed is likely to be Hong Kong’s huge housing and income inequality.

Exorbitant salaries are common and properties prices are among the highest in the world – yet many in Hong Kong share cramped social housing.

But the independent study is unlikely to appease protesters. The refusal of the executive to meet their demands could lead to further protests.

Joshua Wong, who has been fundamental to organizing the demonstrations,tweeted it is “too little, too late” and warned the sleight of hand is a tactic from Lam and her Beijing overlords.

He added: “Intensified police brutality in the previous weeks has left an irreversible scar on the entire Hong Kong society . “

Protesters also called for Lam to resign, greater democratic freedoms and for the release of those arrested during the course of the protests.

China is ranked by the UK-based Democracy Index as an authoritarian regime, sitting it amongEthiopiaandZimbabwe.

People in Hong Kong are worried powerful figures likeXi Jingpingwill dominate their lives. The leader of six years recently changed the country constitution to effectively make himself president for life.

Far away inXinjiang province, China has CCTV to monitor the every move of Uighur Muslimsand force compliance.

People in Hong Kong fear an unfettered China would look to compromise their freedoms and rights.

In recent weeks, China has appeared to soften on protesters, saying legal demonstrations are allowed.

But it has made it clear it won’t tolerate violence on the city’s streets.

In August,China’s ambassador to the UK said Beijing will not “sit on its hands and watch … the situation in Hong Kong deteriorate further”, warning it is “fully prepared for the worst”, as clashes between police and pro-democracy protesters

It then moved troops to Shenzhen,across the border from Hong Kong, in what many saw as a threat to protesters.

It is just 14 minutes from Hong Kong, yet the views of people in Shenzhen couldn’t differ more from many of their neighbors.

One woman, who was pregnant at the time of interview, said she no longer makes the visits to Hong Kong as she fears for her safety.

Another man said people should be studying and working, not demonstrating, perfectly echoing the party line of the Chinese state . 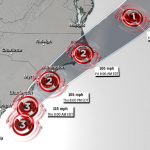 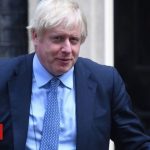