Getty Images | DonNichols Cable-TV companies are still charging customers for sports channels even as the coronavirus pandemic forces the suspension of all major sports leagues.

The continued charges include Regional Sports Network (RSN) fees, which often add almost $ 17 to customer bills in exchange for access to local professional and college live-sports broadcasts. But RSN fees are just one piece of the puzzle, as national sports broadcasts on channels like ESPN, NBC, ABC, and Fox account for some percentage of the bundle charges paid by TV customers.

Comcast told Ars today that “any rebates will be determined once the NBA, NHL, and MLB announce the course of action for their seasons, including the number of games that will be played, and of course we will pass those rebates or other adjustments along to our customers. “

As Comcast’s statement noted, the leagues themselves haven’t made final decisions about whether they’ll finish their seasons. If the leagues end up re-playing most or all canceled games, they aren’t likely to give money back to programmers. But as the pandemic continues, the likelihood of leagues finishing their full slates of regular-season and post-season games diminishes.

told The New York Times last week that “we don’t want to charge our customers for content they aren ‘t watching and receiving … Whether that is going to be in the form of a refund or discontinued billing, we are looking at all of those options right now. ”

But Verizon said it can’t make that happen by itself. “We need the broadcasters and RSNs, and the leagues, to cooperate with that approach,” a company spokesperson told the Times.

We asked Verizon for an update today and will update this story if we get any response.

Charter, the third-biggest TV provider after Comcast and DirecTV owner AT&T, told Ars that “this is a very complicated situation involving multiple parties with individualized agreements that will likely take months to sort out. We are closely monitoring this situation, and to the extent that we receive rebates for canceled sports programming, we will pass that along to our customers. ” Charter does not charge a separate RSN fee but factors the cost of live-sports channels into its bundles.

Dish Network declined to comment. We are waiting to hear back from AT&T.

Ars also sent inquiries to major sports channels (ESPN, ABC, Fox, CBS, and NBC) and the biggest US sports leagues that would normally have games happening right now (the NBA, NHL, and MLB), and we’ll update this article with any responses we get.

Complicating matters is the sheer number of parties involved in live-sports contracts. Individual teams in the NBA, NHL, and MLB sell the rights to their games to regional sports networks, which in turn sell the rights to carry their channels to cable, satellite, and streaming TV providers. In addition to individual teams, the major sports leagues have big contracts with programmers for games that are broadcast nationally instead of just in the regions where the participating teams are located.

Another wrinkle is that cable companies often own the broadcasters that air live sports. Comcast owns NBC, including

regional sports networks , so other cable-TV companies have to pay Comcast for the right to broadcast many national and local sporting events. AT&T owns Turner Sports and RSNs, while Charter owns or operates several

Spectrum-branded sports channels We’ve asked these companies about how they’re handling the contracts they have with other TV providers but haven’t gotten any substantial information. Charter said, “We are in constant touch with the teams and our network distributors on this issue. We will, of course, abide by our contractual obligations.”

Obviously, sports channels are still airing replays of old games, sports talk shows, and other content. But for most sports fans, that’s much less interesting than live games. NBC Sports Philadelphia, one of Comcast’s RSNs, told the Philadelphia Inquirer that it “continues to offer compelling content to fans of Philadelphia-area teams.”

“We continue to work with our team and league partners as we await the return of live games,” NBC Sports Philadelphia said. Comcast’s RSN fees vary by region, and they’re $ 8. 728 in Philadelphia, the Inquirer report said.

European residents have an easier time lowering their bills, the Inquirer wrote:

The situation isn’t the same overseas. Europe’s Sky Sports is allowing customers to pause their subscriptions until the action resumes . The pay TV landscape is different in Europe, where it’s easier to buy sports channels separately instead of the traditional cable bundle.

There probably won’t be definitive answers about refunds for TV customers in the US any time soon. Customers might eventually get refunds even if they make no changes to their service plans, but the size of those refunds could end up being disappointing. People who subscribe to cable TV mostly for live sports may want to downgrade or cancel their TV packages until sports leagues come back, but they’ll have to be careful in cases where they are subject to cable contracts and early termination fees. 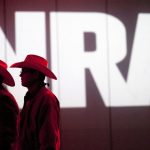 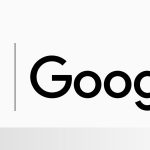