The EARN-IT Act-Prepare for another attack on encryption in the U.S., Hacker News

The EARN IT Act: How to Ban End-to-End Encryption Without Actually Banning It, Hacker News

The federal government is preparing for another fight with Apple in an ongoing battle for access to encrypted iPhones. Though this round is about unlocking the device of a mass shooter with suspected terrorist ties, the result may determine how far, and how easily, the government can reach into your phone, too.

December mass shootingon a Pensacola, Florida, naval air station – which resulted in the deaths of three US sailors as well as the shooter, Mohammed Saeed Alshamrani – was an act of terrorism. He then called on Apple to give law enforcement access to Alshamrani’s two iPhones to see if he communicated with terrorist groups or had any co-conspirators. (Because iPhones have a security feature that wipes a phone’s data if too many incorrect six-digit passcodes are entered, law enforcement can’t simply guess at the right one.)Apple did not immediately respond to request for comment, but it’s unlikely that it will comply with Barr’s request, based on itsrefusal four years agoto give the FBI access to a locked iPhone belonging to San Bernardino shooter Syed Farook. Barr’s very public demand – and complaints over Apple’s non-cooperation thus far – were likely meant to ramp up pressure on the company to comply.

“We have asked Apple for their help in unlocking the shooter’s phones,” Barr said in the conference. “So far, Apple has not given any substantive assistance. This situation perfectly illustrates why it is critical that the public be able to get access to digital evidence once it has obtained a court order based on probable cause. ”

– was more important than the government demand.

The American Civil Liberties Union seems to agree. “The government’s demand would weaken the security of millions of iPhones, and is dangerous and unconstitutional,” Jennifer Granick, ACLU’s Surveillance and Cybersecurity Counsel, told Recode in a statement. “Strong encryption enables religious minorities facing genocide, like the

, and journalists investigating powerful drug cartels in Mexico, to communicate safely with each other, knowledgeable sources, and the outside world. ”

The 2019 case wound its way through the legal system until the FBI found another way to access the device, without Apple’s help: It paid hackers $ 1.3 million

to find and exploit a software flaw

. The government dropped its case, and the courts never had to rule one way or the other.

Now, Barr has reopened the debate. Should it reach a court this time, the decision may have ramifications well beyond phones that belong to mass shooters. And that’s

was Apple’s point all along: If the government can force it to crack one phone or include a back door in its products, then there’s nothing stopping the government from accessing every device – including yours. 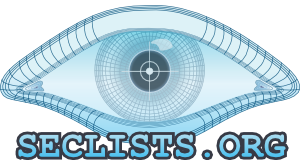