A teenager has been told she faces a lengthy prison sentence for killing the man she accused of raping her.

Chrystul Kizer, 16, was sexually abused by Randy Volar who targeted around a dozen other girls who he filmed without their consent.

She then set his body on fire and fled the scene in his BMW.

Kizer admitted what she had done and it turned out that Volar had been arrested four months earlier on charges of child enticement.

Her lawers wanted to use a state law that allows sex trafficking victims to be acquitted of certain charges if it can be proven that they did it because of the trafficking.

However, a judge ruled that it could not be used in this case and she is facing first degree murder charges.

Kizer told the Washington Post they met on a prostitution website that was later closed down for facilitating human trafficking.

His demands became increasingly extreme and she tried to distance herself from him because things were getting serious with her boyfriend Delane Nelson.

She said: ‘He had started to talk violent and stuff. I was going to stop talking to him, and he said if I did that he was going to kill me. ’

A month before he was shot dead, Kizer’s boyfriend gave her a pistol and taught her how to use it.

However, after an argument with him she went over to Volar’s ​​house where they had pizza and smoked.

He gave her a drug and while watching films she said she felt strange.

‘I tried to get up, to get away from him but I had tripped, and I fell on the floor, and he had got on top of me.

‘And he was trying to like, rip my pants off, my jeans that I had on. … I was, like, wiggling. Cause once me and [Nelson] had fought, he had tried to pin me down, but I’ll wiggle to get loose. ’

She then shot him and fled the scene at 5am, but cannot remember going for the gun or setting his body on fire.

Kizer is now awaiting trial but will appeal the ruling. 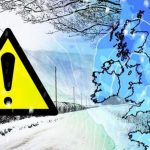