Delhi Police has not registered any complaint in the case of its woman officer.

A woman police officer in uniform was allegedly assaulted and her loaded gun is missing since the clash between policemen and lawyers at Delhi’s Tis Hazari court on Saturday, which has led to massive, unprecedented protests and allegations from both groups. )

In shocking footage accessed by NDTV, lawyers are also seen trying to set fire to vehicles outside a room in which a group of policemen had locked themselves in for protection from a mob of lawyers.

Four days after the clashes, the Delhi Police has not registered any complaint in the case of its woman officer who has alleged assault by lawyers at Tis Hazari court.

The woman, an Indian Police Service Officer, has reportedly said her loaded 9mm service pistol is missing since Saturday. But Delhi Police has allegedly refused to register a First Information Report even for this.

The woman officer told her colleagues that making a formal complaint “will not get her any results and she will end up making a fool of herself, “a senior officer told NDTV.

Officially, the police claim they cannot take any action without a formal complaint. But in cases of sexual assault, the police are empowered to act on their own.

“There is lot of pressure on the police to hasten up the probe and hush sensitive issues, that’s why all seniors who have been informed about both incidents are also silent. In fact, the woman officer has received hints to not pursue the case, “an officer said.

Saturday’s violence started with a fight over a parking spot – a policeman had asked three lawyers to remove their car parked at a wrong spot. The fight escalated and around 30 people were injured.

NDTV has accessed security footage from various CCTVs that shows lawyers attacking policemen and trying to set fire to motorcycles. The policemen are seen sprinkling water to put out the fire.

The lawyers wanted the police to hand over the constable who had stopped their colleagues from parking their car.

“They (lawyers ) were so agitated that the constable was asked to change from his uniform to civvies, “recalls an officer who was present there. After he changed out of his uniform, he was made to sit among convicts in lock-up for protection from a raging mob of lawyers.

There were 150 prisoners in court lock-up when the incident flared up. Visuals that are part of a fact-finding enquiry establish that lawyers tried to set vehicles on fire just outside the lock-up, perhaps to force the policemen to come out. “Our men from inside sprinkled water to avoid it,” explains a police officer.

The officer alleged that because of the fumes, five prisoners fainted and the police moved them to safety making a human chain.

The police have registered five cases based on complaints from lawyers but one case for all 21 policemen injured in the clashes.

A case was also registered in an incident on Monday at another court in Saket, where a lawyer was seen in mobile phone footage punching and slapping a policeman on a motorbike. The case was filed only after hundreds of policemen protested a day later outside the Police Headquarters, demanding action and raging at their seniors for failing to protect them.

“It’s very sad Delhi Police is leveling all sorts of baseless allegations against lawyers. They are just blaming lawyers for all violence. If this lady officer was assaulted, they should show us footage, otherwise it’s just propaganda,” Manan Kumar Mishra, Chairman of Bar Council of India told NDTV. 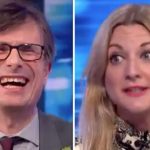 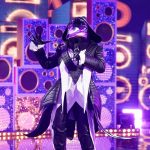