“Won't Go There For Now”: Sharad Pawar After Probe Agency Writes To Him – NDTV News, Ndtv.com 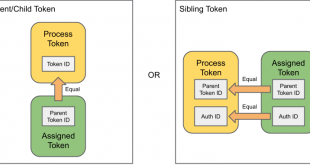 You Won't Believe what this One Line Change Did to the Chrome Sandbox, Hacker News 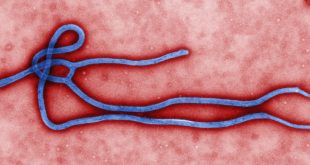 There seems to be no pattern to where humans pick up new viruses, Ars Technica

‘There is a gap’: Cabinet Secretary raises a red flag on Covid-19 surveillance – Hindustan Times, Hindustantimes.com

Politician Sharad Pawar, who had declared that he would go to the Enforcement Directorate office today in an apparent dare after being named in a money-laundering case just a month before Maharashtra polls, was told by the agency – don’t come, we’ll call you if needed. “The Mumbai Police Commissioner and Joint Commissioner of Police requested me not to go so that law and order remains under control,” Sharad Pawar, the chief of the Nationalist Congress Party (NCP) told reporters as he called off a visit that took a political turn in poll season.

A large number of NCP workers had gathered with flags and banners outside Mr Pawar’s home for what was to be a show of strength. Mr Pawar had said he would go to the probe agency himself to clarify his position as a “responsible citizen” before getting busy with the October 21 elections in the state.

In a letter hours before Mr Pawar’s expected visit, the Enforcement Directorate wrote that “there is no need for him “to come. It also said if there was any requirement in future, “we will inform you”.

Security had been tightened at various partsof Mumbai amid NCP protests. Large gatherings were banned around the Enforcement Directorate’s office in South Mumbai, which is a short walk from the NCP office.

Mr Pawar has been named in a complaint on a Rs. 25, 000 – crore scam involving the sanction of loans illegally by the Maharashtra State Cooperative Bank. The police FIR does not list him as an accused though the complainant describes him as “the kingpin”.

The case involves alleged violation of banking laws and Reserve Bank of India (RBI) guidelines while disbursing loans to the state’s sugar factories and spinning mills. Many of those who sanctioned the loans were allegedly linked to the owners of the mill owners. The bank is largely run by NCP leaders but Mr Pawar has asserted that he had nothing to do with it.

A day after he was named in the FIR, Mr Pawar told the media he would be “pleased” to go to jail as he had never experienced it. Denying any role in the alleged scam, the 78 – year-old linked the case to the polls and remarked on Wednesday: “I would have been surprised had such action not been taken against me after the kind of response I receive during my visits to various districts of the state.”

In an indication that his party could make it an election issue, Mr Pawar also declared: “Maharashtra follows the ideology of Chhatrapati Shivaji Maharaj. We don’t know bowing down before the elhi takht (center)”.

Congress MP Rahul Gandhi came out in his support today, saying the case naming Mr Pawar just before the October 21 Maharashtra election smacked of “political opportunism” by a “vindictive government”.

There’s a Worm Moon on the rise – Bangalore Mirror, The Times of India

Here’s your chance to catch up with the Worm Moon. On the intervening night of March 9 and 10, the Perigee Moon or Supermoon as it is popularly known will appear. The March Full Moon is traditionally called the Worm Moon. So, in pop terms: what you see tonight is a Super Full Worm Moon.…