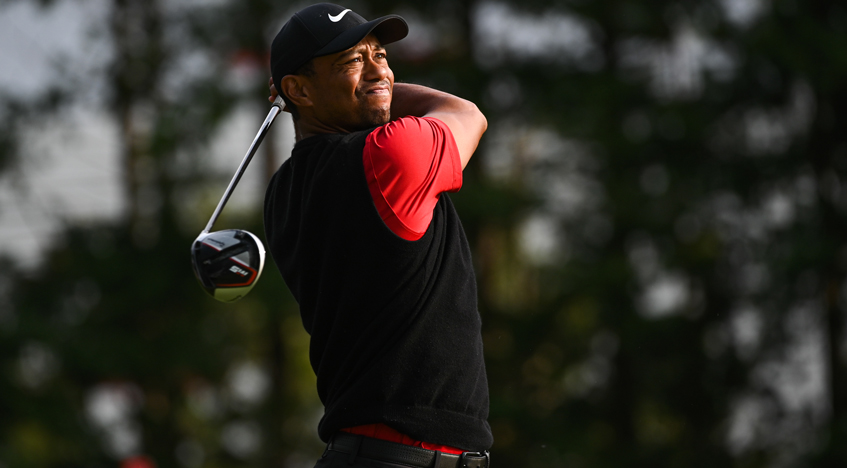 Tiger Woods paused just long enough to change into his signature red shirt between the third and fourth rounds of the ZOZO CHAMPIONSHIP in Chiba, Japan, on Sunday.

Now, after playing 29 holes and building a three-shot lead over Japan’s Hideki Matsuyama, he has history squarely in his sights. When players go back out to finish the final round at 7: 30 am Monday local time (6: 30 pm ET Sunday on Golf Channel), Woods will be going for his 82 nd PGA TOUR victory, which would tie Sam Snead for most all time.

“Yeah, I have,” Woods said, when asked if he’d played this much golf in one day since he had his left knee operated on for the fifth time two months ago. “But it’s in a cart.”

Woods has won in all sorts of ways. This one, should he hang on, has been a test of endurance. Tournament officials have been playing catch-up since Accordia Golf Narashino Country Club received 10 inches of rain in a typhoon that wiped out the second round before it began.

Still, the first official TOUR event in Japan is on the verge of ending like so many before it.

“I think it’s the mind,” said Woods (64 – 64 – 66), when asked what was most taxing about playing so many holes Sunday, when he completed his round at 1: 12 pm local time, changed his blue shirt for a red one, and went back out for the final round at 2 p.m. “Being in it for 10 hours is a long period of time… the mind tends to wander a little bit and just got to grab it and make it come back and be 100% committed on the shot. ”

Woods is also comingback from knee surgery. He considered having his left knee operated on for the fifth time in late 2018, but wanted to play a full schedule last season and put it off. He won the Masters Tournament, fell off, and after failing to qualify for the season-ending TOUR Championship two months ago, had the arthroscopic procedure done Aug. 20.

“It’s great to see him healthy, first and foremost,” said reigning FedExCup champion Rory McIlroy (72 – 65 – 63), who is in fifth place, seven off the lead, with just two holes of his final round remaining. “Yeah, as soon as I get done tomorrow, I’ll be a very interested viewer.”

Players were not re-paired after the third round, so even though Woods’ closest pursuer is Matsuyama, he is still playing with U.S. Open Gary Woodland. Both players are competing not only for the ZOZO CHAMPIONSHIP title but to justify a captain’s pick for the Presidents Cup in December.

Woodland was considered a good bet to make the team even before the ZOZO CHAMPIONSHIP began; Woods, the U.S. Captain, was more of an unknown in light of his recent health issues. Now, however, both look likely to be playing for the U.S. at Royal Melbourne, Dec. 12 – 15.

“(Woods) played unbelievable today,” Woodland said after Sunday’s marathon session, which he finished at 12 under, tied with Sungjae Im, six back. “Let a couple get away on a couple par 5s, but pretty impressive the way he’s hitting the golf ball.”

Play was called for darkness at 4: 40 PM local time with 46 of 76 players still on the course.

Woods played his first 11 holes of the final round in 2 under, with three birdies and a bogey.

The ending looked all but written in stone as he completed his third round with a three-shot lead over Matsuyama, as he is 24 for 24 at closing out tournaments with a lead of three or more going into the final round. The lead reached five until Matsuyama birdied the (th and 12 th holes to get it back to three before players were pulled off the course for the day.

“I have a lot of ground to make up tomorrow,” Matsuyama said. “I need to play well to even have a chance, but I will give it a shot and do my best.”

Woods, who won the 2004 and ’05 Dunlop Phoenix tournaments in Japan, has won 93. 1% of the time with at least a share of the 54 – hole lead, tops on TOUR. Still, the scarcity of scoreboards on the course has given him pause as he’s tried to keep an eye on his closest pursuers.

“We had to ask a few times what’s going on up there, to get updates,” he said. “That’s probably been the only thing that’s different than normal.”

Well, that and the significance of a potential 82 nd victory . Snead was 52 when he won his 82 nd; Woods, who returned from back fusion surgery towin the TOUR Championship two seasons agoandthe Masters last April, is 43.

They are the only two players with 80 or more TOUR titles, and soon, it seems, they will be tied at the top. 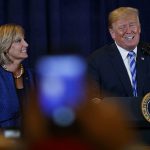 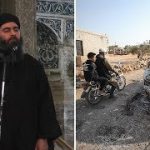