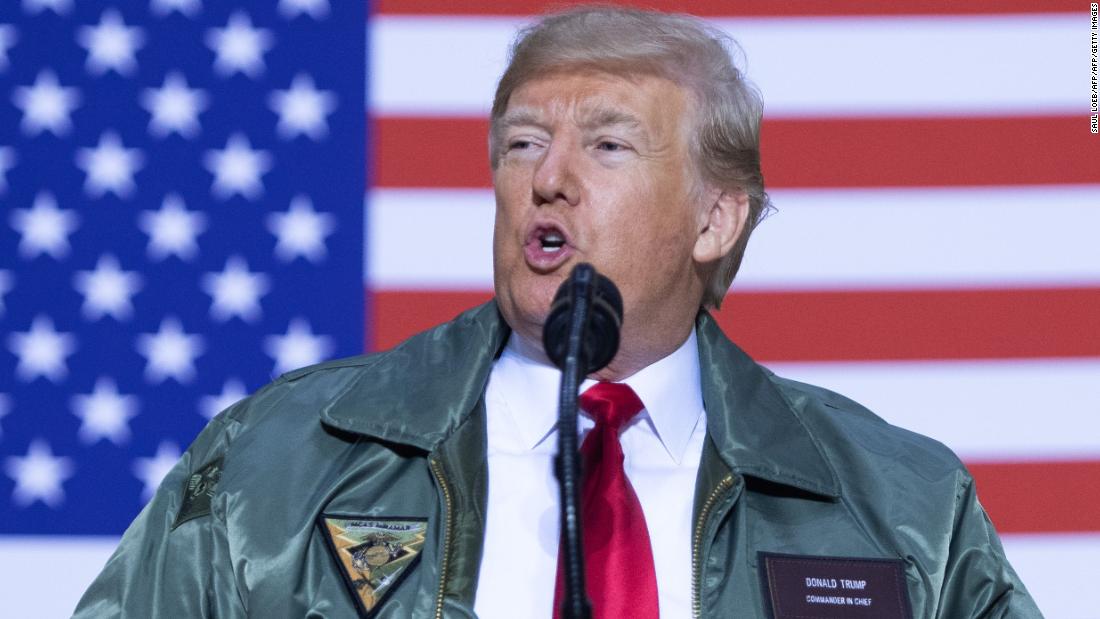 Washington (CNN)Tensions that have been mounting for months between some of the nation’s most senior military officers and President Donald Trump are boiling over after hisdecision to intervenein the cases of three service members accused of war crimes.

A long-serving military officer put it bluntly, telling CNN “there is a morale problem,” and senior Pentagon officials have privately said they are disturbed by the President’s behavior.

Dismay in the Pentagon has been building over Trump’s sporadic, impulsive and contradictory decision-making on a range of issues, including his sudden pullback of troops in Syria. But now there are new and significant worries, as multiple military officials and retired officers say Trump’s intervention into high-profile war crimes cases cannot be ignored.

Fired Navy Secretary Richard Spencerwrote Wednesday in a Washington Post op-edthat Trump’s intervention was “shocking and unprecedented. … It was also a reminder that the president has very little understanding of what it means to be in the military, to fight ethically or to be governed by a uniform set of rules and practices. “

Trump had upped the ante at a rally on Tuesday by issuing anextraordinary declarationthat he took action in the face of “deep state” opposition. In fact, senior Pentagon officials had been unanimously opposed to the President’s intervention because they believed it would undermine military discipline and order.

The President’s comments and his intervention – at the urging of Fox News commentators – reflect another worry among military leaders that Trump continues to be influenced by the network in ways that encourage him to politicize the military, an institution that is meant to stay above the political fray.

Top military leaders say they are concerned about Trump’s divisive rhetoric and politicization of the military. They also tell CNN they worry the President’s mercurial management style – often expressed through tweets – may be undermining national security by making military planning increasingly difficult.

CNN has learned that at least two senior military officers were reluctant to appear alongside Trump at events in recent months, because of unease that he might make partisan political remarks while they were present. CNN has been asked by sources close to both officers not to identify them or the events involved.

Several senior commanders are considering writing a memo to the troops reminding them of their moral and legal responsibilities on the battlefield. The matter is so sensitive that some are privately indicating they want high level Pentagon approval before they proceed because the memo could appear to be a rebuke of the President.

Trump’s intervention in the war crimes cases has created “confusion, there’s chaos, and it makes it appear like, as if there’s really not accountability, that if people violate their oath or commit crimes, there’s a way out, “said retired Marine Corps Colonel David Lapan, a former senior military spokesman, discussing Trump’s intervention in the case of Navy SEAL Eddie Gallagher and two other servicemembers.

Lapan is concerned some troops could now believe “they can escape accountability if they get the President in their corner.”

Even more worrying, “the military is divided,” one official said. “There are two camps. Half are ardent Trump supporters that believe the President is watching out for the troops.” But the other half, many of whom are high ranking, believe the military must remain independent of partisan political influence and they don’t see the President adhering to that.

Trump claimed Monday that he had been thinking about firing Spencer “for a long time” before he took action on Sunday. “That didn’t just happen,” Trump told reporters. “I have to protect my warfighters.”

Trump’s declaration about Spencer and “my warfighters” reflect the chasm between the President and his commanders on the very question of military behavior. Military officials point out the warfighters Trump says he is protecting are accused of potential war crimes.

Spencer had pushed for a review of a controversial Navy SEAL in order to uphold troop order, discipline and accountability. Trump had acted against the express advice of the Pentagon’s most senior commanders, first to reverse Gallagher’s punishment and then to ensure that Gallagher would not lose his status – regardless of what military leadership thought was right.

Senior and junior officers were deeply angry after Trump tweeted Oct. 12, “We train our boys to be killing machines, then prosecute them when they kill!”

One young officer pushed back, suggesting – just as Spencer has – that the President fundamentally misunderstands the military, its culture and its ethos. “That is not who we are,” the officer told CNN.

Army officials are now holding their breath to see what happens with Maj. Mathew Golsteyn, who was pardoned by the President on murder charges. Golsteyn has had his medals and his Special Forces tab returned, but a formal Army review could lead to them being stripped and create another standoff with the President.

On Wednesday, the Navy announced it will not carry out a review of three Navy SEALs connected to the Gallagher case.

Strain on the military is palpable

The concerns about the President’s war crimes interventions come on top of long-simmering frustrations at the Pentagon .

Altogether, the strain on the military is palpable, said Mark Hertling, a former commanding general of the US Army in Europe.

“It may not break, but it sure the hell is being bent by this and increasingly becoming brittle,” said Hertling, a CNN military analyst. “Senior leaders … if they’re confused about what the missions are, what the strategy is, they have to put on a poker face. And sometimes the things they’re being asked to do are impossible and go against all of their military experience and knowledge. “

Pentagon sources describe meetings in which senior officials have struggled with what they described as the President’s mercurial moods, lack of focus, impulsive decision-making and resistance to information that doesn’t fit his views.

Secretary of State Mike Pompeo has described Trump’s approach by saying that his “experience with the President is that he makes decisions and then absorbs data and facts.”

Military officials have tried to navigate Trump’s decisions-first, facts-later approach since he took office, but they tell CNN they are more uneasy than ever about his behavior given impeachment inquiry pressures and the looming 2020 campaign.

They express discomfort about Trump’s politicization of the military and his attacks on individual servicemembers, such as Lt. Col. Alexander Vindman, the NSC official who testified before the House impeachment inquiry. After Trump targeted Vindman, the decorated war veteran reached out to the Army about his family’s safety.

Trump’s attacks led Gen. Joseph Dunford, who was just hours before retiring from his own 40 – year career, to take the extraordinary step of opposing the President to defend Vindman, who had served on his staff.

“He is a professional, competent, patriotic, and loyal officer,” Dunford told CNN. “He has made an extraordinary contribution to the security of our Nation in both peacetime and combat.” Dunford had publicly said he would never comment on political matters.

Others in the military say Trump has displayed a tone deafness, reacting positively, for instance, to the prospect of visiting Moscow for the May Day military parade.

The President’s politicization of the Pentagon has particularly worried leaders, for whom the military’s nonpartisan stance is sacrosanct.

Clint Lorance, one of the two servicemembers Trump intervened to pardon in early November, has tweeted that he is willing to campaign for the President, appalling military leaders.

Trump’s campaign marked Veteran’s Day by encouraging people to say “thank you” to those who have served – by donating to the President’s re-election efforts.

“He says ‘my generals’ and ‘my military,’ he sees the military as belonging to him as opposed to belonging to the nation , “Hertling observed.

Away from politics, top leaders say the President’s decision-making style has made military planning difficult in the rest of the world.

Trump has repeatedly undermined US military alliances, denigrating NATO to the point that it has eroded European confidence in America’s commitment to the trans-Atlantic pact. French President Emmanuel Macron said in a November interview that America under Trump was “turning its back on us.

In Asia, analysts say Trump is destabilizing the longstanding relationship with South Korea, where 28, 000 US troops are based , and Japan, by demanding they each pay 400% more for the American presence next year.

In Syria, Trump took the Pentagon by surprise by fulfilling a campaign promise to bring troops home. The move damaged US national security interests by handing victories to Russia and Iran; Trump was universally scorched for abandoning Syrian Kurd allies who had led the fight against ISIS.

Initially, the Pentagon announced troops would be moved to Iraq, only to have the Iraqi government refuse to take them.

When Tr ump ordered troops back into eastern Syria to prevent ISIS from getting any oil revenues, the exact mission parameters weren’t clear for weeks. There was no clear direction of how, when or whether US troops could challenge Russian, Turkish or Syrian regime forces. And no clarity on who had claim to the oil revenues.

“They had no clue what they needed to do,” Hertling said of military leaders, who were caught “flat footed” and continue to try to figure out how to respond.

Without time for coordinated planning to deal with these complex issues, “there’s a good chance people might die needlessly and the operation might fail,” Hertling says. In the interim, it creates confusion on the ground that can damage soldiers’ confidence in the chain of command.

“When you’re a commander and a subordinate comes up and says, ‘what the hell are we doing,’ it undermines trust and credibility, “he said. 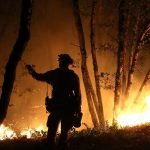