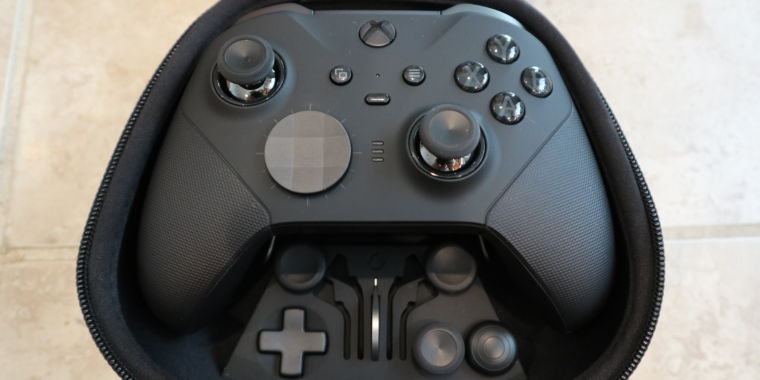 There isn’t much room left to refine Xbox’s vision of a standard game controller. That seems crazy when we remember design history like 2001 ‘s Duke or the 1990 s’ Sidewinder, but once the Xbox 360 pad emerged,thatwas pretty muchthat. Microsoft proved itself a controller-design titan with the 360, and we’ve only seen gentle touch-ups in the decade-plus since.

The exception comes in the form of the Xbox Elite Controller, a $ 150 fork that debuted in 2015 as a rare example of a premium-priced controller coming directly from a console maker. (You have to go back to Nintendo’s lap-sized Advantage from 1986 for a comparable peer .)

Was Elite a good product? On paper, yes. Butwe struggled to believe it earned its $ 150 Price tag.

Four years later, after years of rumors and mumblings, Xbox has finally emerged with an Elite update:the Xbox Elite Series 2 Controller. We’re glad to see a touched-up Elite emerge, but if you were hoping that Microsoft would spend four years of R&D on getting the price down, we have bad news. You’re getting more from Elite Series 2, but you’re also paying more.

Functionally, the new $ 180 Elite 2 is in the same league as its predecessor, in that every new tweak from the first Elite returns with itsOWNimprovement.

Let’s start with the hair-trigger option. The first Elite let you toggle a switch for either or both of the larger trigger buttons (“LT” and “RT”) to reduce their button travel by roughly half. That full analog range is typically useful in a driving game or flight sim, but it’s all but useless in a shooter. The first Elite’s physical switch reduced the finger distance between pressing down and reaching that pivotal “click” of a press, and the option was certifiably welcome. Less finger travel, more shooty-shooty!

On the Elite Series 2, you can adjust that hair trigger switch to an additional, ultra-sensitive level. You can put your triggers all but on par with the nearby bumper buttons (“LB” and “RB”). Crank the hair-trigger switch up to its new maximum, and you’ll feel only the slightest bit of travel before reaching that satisfying click.

There’s just enough give to discern that you can still effectively half-press the trigger in this state, so it doesn ‘ t turn the triggers into purely clicky buttons. But it’s a cool, twitchy option all the same. I’m personally more partial to the “medium” hair-trigger option, which is nearly identical to the toggle on the first Elite. But I could see myself switching to the most extreme setting for certain shooter games.

A series of four under-controller “paddle” buttons returns to Elite Series 2, as well, and these look and feel largely identical to the original version. They’re mapped to Xbox’s ABXY button array by default, and they let users access those face buttons with their middle and ring fingers, so that thumbs can rest on joysticks (arguably a pro-tier upgrade for any first-person shooter game).

Years of ergonomic testing must’ve revealed something about the original paddle arrangement, because this time, the middle fingers’ paddles have been slightly shrunk. My fingers melt into this arrangement more neatly, but I’m surprised the original length wasn’t tucked into the box as an option, since these paddles easily snap off (mostly to get out of your way if you don’t want any of them attached). Just like last time, these paddles’ button assignments can be reassigned as you see fit by using an app on either Windows 10 PCs or Xbox One consoles. (You can reassign any of the buttons this way, actually, and save up to three profiles’ worth of controller settings.)

Elite Series 2 also includes a swappable series of joysticks. Like on the last model, these attach via magnetic clasps and pop off with a firm tug. The idea being, Elite lets you pick out modified joystick tops that attach on the hardware level instead of cheaply attaching rubber covers to your existing controller. It’s still clever as hell without any sense of wobble or looseness.

The original Elite included a double-tall joystick stem option, which effectively changed the physics of how far you need to push a joystick to reach various movement and rotation thresholds, and that option returns in identical form. I personally like it as an option for the right-side joystick, particularly with sensitivity cranked up, for the sake of first-person aiming.

Briefly: the same pair of D-pads from the last Elite return, and the polygon-sphere option still strikes me as a funky gimmick. I use a D-pad when I demand precision from a competitive, old-school game like (Shovel Knight) orTetris, and the first thing I did after a quick test was remove the polygon-sphere option from my case entirely. For better or worse, it’s identical to its last version (and the same goes for the solid D-pad).

I’d like a double-tall convex: Maximum tension, no foam

Meanwhile, the other optional joysticks in this year model are all refreshed. The best is a revision to the convex joystick head, which now comes with a welcome pattern of circular grooves, unlike last model’s totally smooth top. One other new joystick includes a concave topper, but it’s flatter and wider than the Xbox One standard — arguably an improvement for anyone with massive thumb pads.

In bad news, those new flatter-and-wider joysticks take up two slots in the controller’s nearly identical carrying case. That means the set only includes one taller joystick and one convex joystick. You can’t double up on either of those joysticks if you like them (unless Microsoft decides to sell them as individual upgrades).

It’s a weird move for a premium-priced controller — what, $ 180 isnt (enough) ? – but Microsoft makes up for this by adding a new adjustable-tension option for its joysticks. Want a little more resistance in terms of how hard you have to press each joystick from the center? Pop off the current joystick head, then insert a thin key into the cross-shaped topper and turn it clockwise. You get two boost options for increased tension.

How much tension can you expect? Not much. It’s a subtle effect, so much so that I would believe Microsoft if the company told me the feature didn’t actually work and I was experiencing a placebo effect. The exception comes from the double-tall joystick stem, which requires twice the physical distance to press in any direction. Put this on, then switch the tension toggle from “1” to “3”: the difference is absolutely apparent.

It’s this attention to control-sensation detail that boils down my purchase-recommendation matrix, by the way. If you think you’d notice that kind of joystick-tension sensation and you have $ 180 to blow on a new controller for Xbox consoles, computers, and Bluetooth-compatible devices, do it. If not, stick with your $ 40 – 60 pad of choice.

Bluetooth, battery, base, and bucks

Speaking of: Elite Series 2 finally includes Bluetooth support. Why Microsoft skipped that in the last model is beyond us — maybe it’s because Microsoft didn’t add a Bluetooth chipset to any Xbox controllers until 2016. Whatever the caus e, this is exactly the hardware-agnostic update you might need to bump this controller a little higher on your Christmas wishlist.

This is also the first official Xbox gamepad to include a USB 3.0 Type-C port, because … hold on , am I reading this clearly? There’s a built-in battery in this thing? Yes, and it promises 40 hours of battery life. I’ll be back to update this part of the article after getting through a full 40 – hour controller burn to attest to its preliminary battery potential. But that 40 – hour promise is already well above the five-hour battery average of PS4’s DualShock 4 pads — which are notorious for becoming inefficient after only months of use.

The most extravagant waste in this package comes from the new “charging stand,” which has its own USB Type-C port and magnetically clasps with the Elite Series 2. You can plug a powered USB Type-C cable into this stand, then slap the controller on it, and it’ll recharge that way. You can even leave the charging stand inside of the Elite Series 2’s carrying case, then access its USB Type-C port through a tiny hole in the carrying case.

Though that case-hole gimmick is slick in action, I wish buyers could save $ 20 – 30 by getting the controller by itself. It already has a freaking USB Type-C port. It doesn’t need this other junk.

Of course, we’re in overkill territory with the Elite Series 2, so I’m missing the point by requesting any nickel-and-diming. But it’s a reminder that our biggest wish in 2015 was to see any of the first Elite’s cool functions— namely, those four paddles — trickle down to more affordable Xbox One controller models. That never came to pass, and it likely never will (though third-party controller manufacturers sure have taken that paddle concept and run with it).

I do have a sense that there’s better build quality this time around, not to mention an improved default feeling in the hands thanks to a wider application of texturized rubber on the controller’s body. (The first Elite only had this texture on its backside; this one applies the same texture over both sides.) But that sense comes after only a couple of days of testing. Previous Elite buyers have to wonder whether Microsoft has internally addressed defects like drifting joysticks and faulty bumper buttons that emerged with the original Elite model — which only had a 90 – day warranty attached. That was a hard controller-shaped pill to swallow for anybody who paid $ 150. (We’ve reached out to Microsoft with questions about the original Elite’s reliability.)

If the controller holds up in the face of long-term abuse, at least, then it’s indeed a worthy successor to the Elite, and its tweaks and upgrades would’ve been an easier recommendation in the $ 150 range. But Microsoft couldn’t help itself in valuing the internal battery as a $ 30 upgrade, as opposed to recognizing the expectation that a premium-grade gaming device should just come with a built-in battery.

In short: The 2019 model is finally worth the 2015 price, in terms of combining pro -gamer features and utter polish. Microsoft probably assumes that, if you’re already intrigued at the $ 150 level, then it can hit you with the $ 30 luxury tax. While that annoys me, Microsoft is probably right. 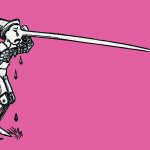 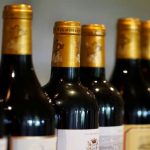