XML and XSD: a complete W3C-content based course (+10 hours)
The complete XML/XSD content from W3Schools, with much better explanations and practical examples w/ Eclipse IDE – 2019

“XML (Extensible Markup Language) is a markup language that defines a set of rules for encoding documents in a format that is both human-readable and machine-readable. The World Wide Web Consortium’s XML 1.0 Specification of 1998 and several other related specifications – all of them free open standards – define XML. The design goals of XML emphasize simplicity, generality, and usability across the Internet. It is a textual data format with strong support via Unicode for different human languages. Although the design of XML focuses on documents, the language is widely used for the representation of arbitrary data structures such as those used in web services. Several schema systems exist to aid in the definition of XML-based languages, while programmers have developed many application programming interfaces (APIs) to aid the processing of XML data.”

“XSD (XML Schema Definition), a recommendation of the World Wide Web Consortium (W3C), specifies how to formally describe the elements in an Extensible Markup Language (XML) document. It can be used by programmers to verify each piece of item content in a document. They can check if it adheres to the description of the element it is placed in. Like all XML schema languages, XSD can be used to express a set of rules to which an XML document must conform in order to be considered “valid” according to that schema. However, unlike most other schema languages, XSD was also designed with the intent that determination of a document’s validity would produce a collection of information adhering to specific data types. Such a post-validation infoset can be useful in the development of XML document processing software.”

What you’ll learn from this course:

– You will learn all the theory about how to use XML language correctly, as well as all about its general and specific syntaxes, according to the World Wide Web Consortium (W3C) official recommendations.

– You will learn all the practice about how to code your XML files, using the elements, attributes and types – default and custom ones – from the referred XSD schemas, as well as how to test the correctness and validation of your XML instances against their referred XSD docs using Eclipse IDE automation.

– You will adventure into the complete theory background about how to create your own XSD schema documents and master the details about XSD general and specific syntaxes, according to W3C official specifications.

– You will practice, through tens of examples, how to code your own XSD files, using the 3 design methods suggested by W3C, as well as how to take advantage of all main base elements, attributes and types (default W3C library/namespace) to create your own personalized XML/XSD components.

– All this course’s theory, as well as the good practices and techniques used, are based on the World Wide Web Consortium (W3C) and W3Schools contents, here with much better and complete explanations and practical examples.

– After doing this course, you’ll understand much easier all the document types used at Web Services development, or any other application that uses XML and XSD (or WSDL).

– All source codes are available at my GitHub, as well as attached to each practice lecture, as a zip file. You can easily download, study, reuse and test them yourself, for learning purposes, and even create much better examples. This is how you learn: starting from the basics and evolving, through practicing, until proficiency. All at your own pace and time and re-watching any lecture as many times as you want.

– Additional content, as WSDL and JSON theory and practical lectures, as well as lectures with sample Web Services projects, demonstrating the real world applicability of XML, XSD, WSDL and JSON, will be added incrementally within the next months, at this same course. But you can finish this course with the current content, as it is, and receive your Udemy Certification on that… and if you want, you may return later, watch the future extra content lectures (WSDL and JSON) and, at the end, receive another Udemy Certification with the updated content and course name. All students will be notified when any future content is added.

– This course is already composed of more than 10 hours, a workload greater than almost all other same-topic courses at Udemy.

– If you wanna practice, you should have Eclipse IDE installed on your PC or notebook. But you can just watch the theory and practical lectures, at any device with internet access, in case you have no computer available at that moment.

– No programming languages or frameworks are required for this course.

– No silly or useless tests will be imposed onto you. You will know you got the content right when you implement your own code and test it successfully, as done at our practical lectures. Simple as that and with no pressure!

Whom this course is for ?

– Any human being who wishes to learn XML and XSD for future use in any of their many market applications, specially at, but not limited to, Web Services development.

What are the references of this course ?

– The main reference source is the World Wide Web Consortium (W3C), which is the creator and worldwide maintainer of the specifications (REC) of XML language and related technologies (XSD, WSDL, etc). All related links, with W3C content, are attached to each theory lecture description.

What’s the difference between taking this course and simply viewing W3Schools material at their own site ?

Although the content is almost entirely referenced on W3C publications, this course offers much better, organized and understandable explanations about the content, and also a much greater set of examples, using Eclipse IDE, from the easiest to the most complex ones. At W3Schools site, for instance, you only find very simple snippets of code.

What’s the difference between taking this course and the other XML/XSD courses at Udemy ?

– No objection at all to those who may take more than one course. But this one has an innovative methodology, is more organized and complete (over 10 hours of theory and practices already), as well as it has much better examples, explained step by step, without any hurried 2-3 min lectures. It covers IN FULL everything that W3C suggests about XML and XSD.

– This course is organized similar to university or college lectures, with an average of 1h per lecture. The organization is oriented towards the content itself and not short time limited lectures. I think prioritizing the content on the curriculum organization contributes way better to cohesiveness as well as to the organization and consolidation of the content in anyone’s brain. 2-3 min classes end up being a big confusion resulted from a too high fragmentation level of the content. Students always criticize on other courses that everything’s too hastily delivered, as if the students already knew the subjects. Here, and differently from that, you’ll see it’s all nicely and easily delivered, and you won’t get lost on the content, even if you never heard about XML or any structural or programming language before. You’re free, though, to plan your own individual learning schedule. Just take note of the subject you last saw, and then continue from there when you want.

– Finally, this course is divided into Theory and Practice lectures. You’ll, thus, have multiple chances, from multiple explanation perspectives, to learn or complement the acknowledging of each topic, subtopics, practices, and so on. And, of course, at your own time, pace and individual needs. The access to this course will be forever yours (it doesn’t expire) and you’ll be able to review any lecture as much as you want. A big advantage of e-learning recorded lectures compared to live face-to-face attendance lectures.

Welcome to the course !! I hope you have a great learning experience !!

Please, don’t forget to give me some good reviews (stars) at Udemy – if you agree, of course – so that I can be motivated to create many other programming courses, and turn them into best sellers. Thanks in advance !

Also, be my guest to suggest anything about this course through the platform or by email. 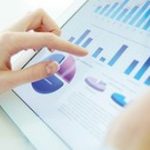 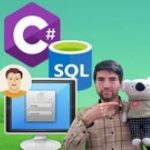