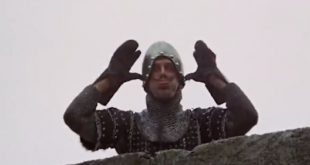 The Zaydi tradition is a strand of Islam with many subsections that stretched, recombined, and transformed over more than a thousand years, integrating a wide range of traditions along the way. It was common for Zaydi scholars to have books by Sunni and Shiʿi authors on the same shelf, and Zaydi manuscripts provide the best kept record of the “Muʿtazila,” one of the earliest and most influential rationalist schools.

The ZMT provides a centralized platform and draws records of endangered manuscripts from an international network of partners contributing microfilms, photographs, and high-quality digital reproductions. Its goal is to provide free online access to 15, 000 books by the end of 2020.

In earlier iterations of this project, director Sabine Schmidtke worked closely with partners in Yemen to digitize materials on the ground. “I ran a couple of projects until it got really bad,” says Schmidtke. “2010 – that was the end.”

Unable to continue digitizing manuscripts in Yemen — home to somewhere between 40, 000 and 100, 000 Zaydi manuscripts — Schmidtke turned her attention to the Zaydi materials that had traveled elsewhere. About 10, 000 are held in European libraries and less than 1, 000 in North American libraries, while substantial collections can also be found in Turkey and Saudi Arabia. Not all of the cultural institutions with Zaydi holdings have chosen to contribute to the Zaydi Manuscript Tradition project, but NEH grants have made it possible for ZMT to digitize and make available manuscripts from such institutions as the State Library of Berlin and Leiden University Library. Working together, the Institute for Advanced Study and HMML provide an accessible digital platform, a sophisticated cataloging system, and the capacity to keep the Zaydi corpus free and available for the foreseeable future.

The project has made possible many new discoveries, including among scholars in Yemen itself, despite air raids, famine, and targeted destruction of cultural heritage. “As a scholar, you continue working, no matter what the circumstances — I think it’s a kind of mental freedom that you create for yourself,” says Schmidtke.

Using ZMT and other online archives, Yemeni scholars have found creative workarounds that turn Western book history on its head. Where many readers in Europe and North America see Gutenberg’s printing press as the turning point between medieval and modern, the story of Arabic book production is not so linear. In Yemen, the tradition of copying books by hand ran strong until the 1980 s, giving way only when the copy machine became mainstream.

Schmidtke tells the story of a Yemeni scholar who uses digital repositories like ZMT to bypass basic research infrastructure. “And then, of course, he cannot publish, he cannot print — printing doesn’t work anymore under the circumstances,” says Schmidtke. Posting on a website and communicating through social media, he makes typed editions that nonspecialists will be able to read more easily.

“You go there, you get a PDF, and you have his edition,” says Schmidtke. “It’s amazing.”

Erica Machulak works in the Knowledge Exchange Unit at the University of British Columbia. Her PhD explored Arabic influences on medieval English literature.

The Zaydi Manuscript Tradition: A Digital Repository and Portal received anNEH grantof $ 315, 000 in 2018.

The text of this article is available for unedited republication, free of charge, using the following credit: “Originally published as“ Zaydi Manuscript Tradition ”in the fall 2019 issue ofHumanitiesmagazine, a publication of the National Endowment for the Humanities. ”Please notify us at@ emailif you are republishing it or have any questions.