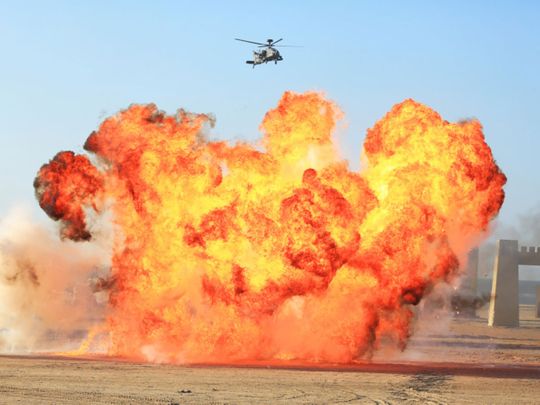 The UAE Armed Forces on Sunday alerted all UAE residents, especially those living in Umm Al Quwain, that the military would hold training exercises in the emirate as part of “Union Fortress 7”.

The military drill would take place along Umm Al Quwain’s corniche, and will be accompanied by loud noises from helicopters, fighter jets, armoured personnel carriers, speed boats and other military vehicles as rehearsals for Union Fortress begin.

In a statement, the UAE Armed Forces also warned against approaching the Corniche area for safety reasons.

The previous edition of the Union Fortress was held in Ras Al Khaimah in November.