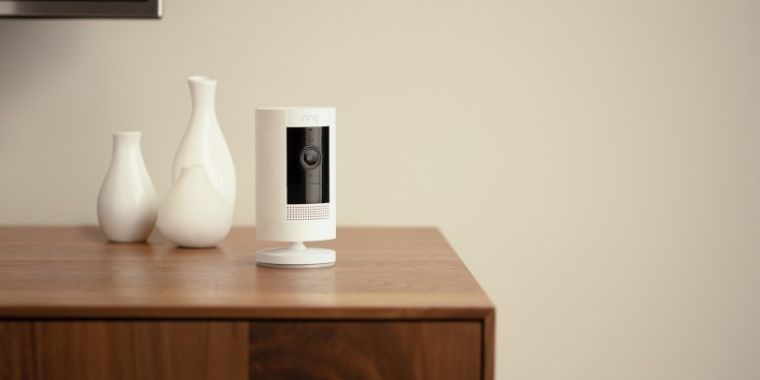 Alongsidethe deluge of Echo devicesAmazon announced during its autumn hardware event on Wednesday, the company unveiled two new security cameras from its Ring subsidiary: the Ring Indoor Cam and a refreshed model of the Ring Stick Up Cam.

Thenew Stick Up Camappears very similar to the previous edition, which Amazon refreshed at an event just last year. It still puts out 1080 p video, supports motion detection and night vision, and comes in a weather-resistant cylindrical frame that can be mounted indoors or outside. It’ll still work off wired or battery power, too, but it can now run offa solar-powered accessoryas well. It has a slightly worse field of view than the previous battery-powered Stick Up Cam, but it’s much cheaper at $ 99 . 99 compared to the previous version’s $ 179. 99. It’s available to pre-order today, with a full release on October 23.

Beyond that, Amazon announced the Ring Retrofit Alarm Kit, a “DIY kit” that’s designed to connect to an existing security system hub installed in the home and supply it with the features ofa Ring Alarm system. The idea is to get a Ring security setup without having to install new sensors or wiring. Amazon hasn’t provided full details on how this will work but says the device will cost $ 199. 99 on its own or $ 375. 99 bundled with a Ring Alarm Hub. The latter will allow you to control Ring-compatible smart home devices. Amazon says the Retrofit Kit will arrive in November.

On the software side of things, Ring’s cameras and video door bells will soon support a new feature called “Home Mode” that Amazon says will prevent Ring products from recording audio and video while you’re home. That will also arrive in November. The company also demoed a feature that will allow the Alexa voice assistant to answer visitors through a Ring doorbell in a “conversational” manner — it could ask a delivery person to leave a package, for instance. Amazon says this will come first to theRing Video Doorbell Elite(which isn’t battery-powered) next year.

And now for something completely different

Finally, there’s the Ring Fetch, which is a connected dog tag and tracker. This lets you geofence your yard and will ping you when your furry friend leaves a set perimeter. Again, Amazon didn’t go too hard on the details here but says this will release next year.

The Fetch was announced as one of the first devices to use Amazon Sidewalk, a new low-bandwidth wireless protocol that uses the free 900 MHz wireless spectrum. Again, Amazon is being light on specifics, but it’s pitching Sidewalk as a way to extend the distance where you can control simplistic, low-power, and low-cost Internet of Things devices when you’re outside of home Wi-Fi or Bluetooth range. The company says Sidewalk will have built-in support for automatic software updates and that it can work from distances over 500 meters to a mile using other access points.

Amazon gave the example of a sensor in your mailbox that uses Sidewalk to let you know when your mail is delivered or a weather station that uses the network to tell you how much rain has fallen. The company says it tested the mesh network by sending 700 access points to households in Los Angeles and had the LA Basin “completely covered” in three weeks.

In the case of the Fetch tag , if Sidewalk becomes widespread, it could feasibly allow you to track your dog’s location if it ever wanders beyond your yard. Amazon launched the Sidewalk protocol on Wednesday but admits it’s still early days and didn’t go into further detail on availability. Either way, it looks like it will be joining an already crowded field of wireless IoT standards that includes Zigbee, Z-Wave, and Thread, which are already used by Amazon’s own Echo, Ring, and Eero devices, respectively.

In any event, all the Ring-related news comes as the company has facedHeightened scrutinyfor working withmore than 400 law enforcement agencies. Critics fear that Amazon is helping enable a surveillancenetwork for policein exchange for marketing boosts. 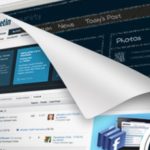 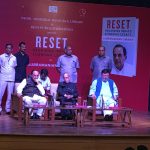