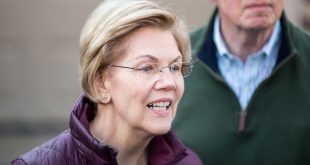 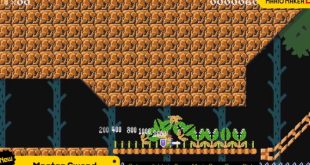 
A new super PAC is planning to spend over $ 1 million to back Andrew Yang’s campaign for the presidency, a surprising effort that could give Yang needed support but will also test his commitment to disempower these big-money groups.

The group,called Math PAC, is being run by a well-regarded Democratic operative, Will Hailer, and this week began sending its first pieces of direct mail to voters, according to federal disclosures. The group expects to have a seven-figure budget and to do both paid media and voter outreach on Yang’s behalf in early primary states.

The point is to “allow the movement behind Andrew Yang to catch up to elected officials – who were able to transfer years of war chests to their presidential campaigns,” Hailer told Recode. “We felt an opportunity to harness that so that a first-time candidate’s voice isn’t drowned out.”

But Yang has been explicit about the harm posed by super PACs, which are unaffiliated committees that can raise money in unlimited amounts as long as they do not directly coordinate strategy with the campaign. A Yang spokesperson had no immediate comment, but Yang’s campaign platform calls to “eliminate super PACs.” Math PAC was formed last month.

Super PACs have become toxic in Democratic primary politics, with everyone fromJoe BidentoCory Bookertrying to cut outside efforts to back their campaigns. But because the groups are by nature unauthorized, candidates have limited ability to actually stop a super PAC from doing its work.

Hailer said his group agreed that super PACs were a problem but that Math PAC’s work was essential to “make sure that we are enacting election reform measures that prohibit this type of work from happening. ”While new super PACs will not be required to disclose their donors until late January, Math PAC is planning to reveal its donors before the mandated date.

Yang has been notching between 2 percent and 3 percent support in most national and early-state polls.

“He is running against governors, senators, and institutional actors that have these apparatuses that they can automatically tap into,” Hailer said. “So the only way to be able to give voice to an incredibly important conversation is to find ways to add value to that voice. And that’s what we’re hoping to do through the super PAC. ”

Yang has proven to be a surprisingly successful fundraiser for his own campaign committee, raising $ 10 million in the last quarter, a haul that surpassed some of those senators and governors – like Booker or Montana Gov. Steve Bullock. Candidates like Yang have been able to raise substantial hauls this cycle by relying on small-dollar donors, lessening the need for high-dollar backers who can give to outside groups in excess of the legal maximum, which is $ 2, 800. The top fundraisers last quarter, Bernie Sanders and Elizabeth Warren, have sworn off high-dollar fundraising events – Yang hasdone a limited number of them– even though that decision carries some vulnerabilities in a general election.

There are reasons to think that a Yang super PAC, though, could raise a lot of money. Yang, the former head of Venture for America, has been tapping his network for high-dollar contributors for decades to back his nonprofit, and heenjoyed a special touch with some billionaires during those years. The group is asking some people who have worked with Yang during his career to serve as advisers.

Hailer’s involvement, too, gives Math PAC some credibility. The former executive director of the Texas Democratic Party, Hailer has advised candidates like Minnesota politician Keith Ellison and was at one pointreportedlyconsidered to be the next CEO of the Democratic National Committee, where he served as a senior adviser.

Vu 100 Super TV has been launched in India as its 100-inch 4K television. The new Vu TV will go on sale in the country starting next week. It comes with 120GB of onboard storage and is designed to serve consumers as an entertainment powerhouse. The Vu 100 Super TV comes as an upgraded version…