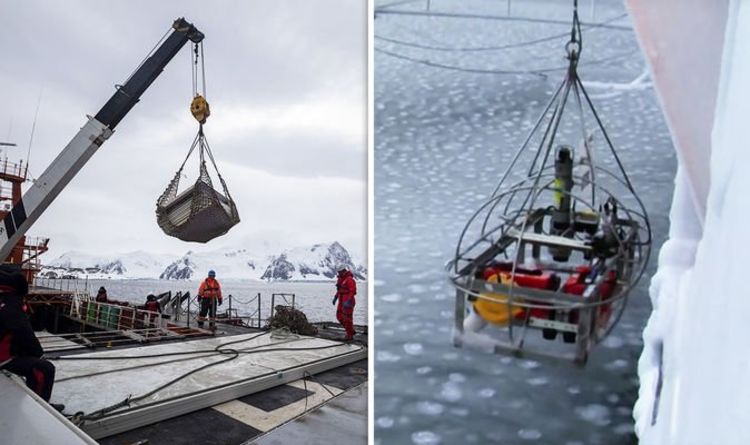 Expedition Antarctica took to the waters for a 50 – day journey across the Southern Ocean and beyond the icy continent earlier this year. On board New Zealand’s research vessel RV Tangaroa, an international team used state-of-the-art technology to scan the seabed The Aegis imaging system allowed scientists to capture fascinated images like nothing seen before.

While the mission is still ongoing, “The Secrets of Antarctica” documentary was released on YouTube in July revealing the amazing finds to date.

The series revealed how the team breached the ice to take a closer look at the marine life that inhabits these bitter waters.

The narrator revealed:“The scientists agree to carry on their work here for as long as they can before the ocean freezes solid.

“The slushy turmoil on the surface hides the calm waters below.

“ As Antarctica began its deep freeze over 30 million years ago, life here evolved and flourished.

“Now comes a new challenge, despite the prestige nature of this remote ocean, the imaging system shows human intruders.”

The camera pinged back images of beer bottles and fishing nets, suggesting illegal fishing may have been carried out at some point.

The narrator added: “The stills camera snaps a beer bottle and commercial fishing activity leaves its mark in the form of a trawlers longline.

“But this healthy specimen is more than tonight’s dinner special.

The narrator went on to explain how the sea bass in the waters around Antarctica have remained fairly untouched.

He continued: “Elsewhere in the southern seas, indiscriminate practices have dangerously depleted its relative, the Patagonian toothfish.

“But stricter Antarctic r egulations allow us to have our fish and eat it.

Scientist Dr Jones remarked: “It’s the one fish that human beings are having the greatest impact on.

“We’re okay now, but we have to be very, very cautious if we decide to increase the catch.”

he same team also discovered a new species during their journey.

Andrew Stewart, a leading scientist in the excavation was left stunned by the find.

He said last month: “This is why I came to Antarctica, to see things like this.”

Dr Stewart held the creature up to the camera.

“Now I have no idea what species this is.

“ The color pattern on the fins is like nothing I’ve ever seen before. ” 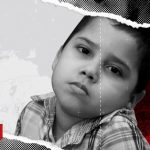 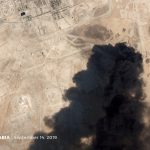