As NASA tries to land on the Moon, it has plenty of rockets to choose from, Ars Technica 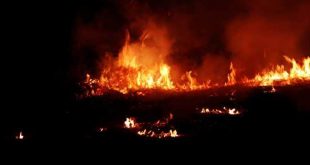 
Last week, NASA held an “industry day” for companies hoping to win lunar lander contracts from the government as part of its Artemis program. During the teleconference, industry officials could ask questions about NASA’s plans for how best to get astronauts from an orbit around the Moon, down to the surface, and safely back.

After Vice PresidentMike Pence establishedthe goal of landing humans on the Moon by 2024, NASA officials have been working overtime throughout the last six months to put together mission plans and architectures to meet this deadline. The effort culminated in the release last week ofa solicitationthat asks industry for designs of a human landing system.

There is a lot to digest in this document, which contains three-dozen attachments and several amendments. And industry officials must respond quickly, with a Nov. 1 deadline to return proposals. After reviewing the submissions, NASA will award two or more contracts that will allow firms to move into the final design and development of Artemis Program lunar landers. The agency would like to have two different designs move forward toward completion, believing that competition will result in faster, better hardware. But this may not be possible due to uncertain funding from Congress.

The lander program asks a lot of the US aerospace industry in terms of technology development and production in a short period of time. Yet one of the biggest and most immediate questions each potential bidder will have to answer involves launch. How will they get their lander hardware to lunar orbit?

This is not an easy question to answer, because the choice of a launch vehicle requires balancing political, technical, and cost risks. There are also as many as five potential choices — Falcon Heavy, Vulcan-Centaur, New Glenn, Space Launch System (SLS), and Starship Super Heavy.

The task at hand

The chairman of the Senate Appropriations Committee, Alabama Republican Richard Shelby, has mandated that NASA use the agency’s SLS rocket to launch the crewed Orion spacecraft to lunar orbit. But for the lunar lander — elements of which will be pre-positioned in lunar orbit prior to the crew’s arrival — NASA has given contractors the flexibility to choose their own launch vehicle.

“We are employing a commercial design and development, end-to-end solution for this demonstration, and launch vehicles fall in line with that,” said Lisa Watson-Morgan during the industry day meeting. She is managing the Human Landing System program for NASA. “The commercial providers shall procure a commercial launch vehicle,” she added, noting that this vehicle, and its costs, would be part of each contractor’s proposal to NASA.

Although it has professed an openness to alternative designs for a lander, NASA is primarily looking at a three-stage lander that involves a “transfer vehicle” to take the lander from a high lunar orbit to a lower one and then a “descent module” to carry the lander down to the surface. Along the way, the crew rides in an “ascent module,” where they live during the lunar surface stay and in which they launch from the Moon’s surface back to the waiting transfer vehicle.

NASA has estimated the mass values ​​for each of these lander components, as shown in the image above. The overall range of the modules is between 9 and 15 metric tons, although obviously each contractor may propose vehicles of whatever mass they feel gets the job done. The important thing to glean from this is that, at a minimum, a heavy-lift rocket probably needs to be able to throw 10 tons into lunar orbit. A payload capacity of (tons or more could accommodate most lander components.)

Another key element of this is timing. During industry day, Watson-Morgan said NASA is nominally moving toward demonstrations of lunar landing vehicles in the August 2024 time frame. This means they would have to be delivered to the vicinity of the Moon before then.

The rockets themselves must either be certified by NASA’s Launch Services Program, have three successful launches in the same configuration, or be a commercial version of the SLS rocket. (We’ll have more to say about a commercial version of the SLS rocket later.) To be viable for launching lander elements, Watson-Morgan said, a proposed rocket must have met one of these criteria three months before the “Flight Readiness Review “of a mission. Effectively, this means a commercial rocket must have flown three missions before the spring of 2024 at the very latest.

With this basic understanding of technical and timing requirements for a rocket to launch part of NASA’s lunar lander system to the Moon, let’s move on to the contenders.

There is just one rocket available today for NASA’s lunar needs — SpaceX’s Falcon Heavy booster. Not only is the rocket certified by NASA’s Launch Services Program, it has also flown three successful missions. Although it has not demonstrated a mission to lunar orbit, the rocket has a capacity of at least 15 tons to lunar orbit, per NASA’slaunch vehicle calculator.

The Falcon Heavy has other advantages as well. Unless it is flown in fully expendable mode — which it would need to be for a full 15 tons — its side-mounted boosters and potentially its center core could be reused. SpaceX also has the capacity to scale up production if more rockets are needed. And it will be difficult — if not impossible — for competitors to match Falcon Heavy pricing that begins at $ 90 million per launch.

For all of this, however, it is not clear how much other contractors will use the Falcon Heavy. Many of the expected bidders for lunar lander elements have their own rocket companies. Lockheed Martin, for example, owns 50% of United Launch Alliance and would therefore be unlikely to partner with SpaceX.

SpaceX has also built a successful model based on vertical integration. By not relying on traditional aerospace contractors, the company has been able to slash costs as well as move quickly. At the same time, contractors involved in bidding for elements of the lunar lander may be less willing to contract with SpaceX as a result.

What does seem clear is that if the 2024 schedule remains paramount, then the only sure-thing rocket that will be ready to fly by late 2023 or early (is the Falcon Heavy.)

Previous 8 Scientific Papers That Were Rejected Before Going on to Win a Nobel Prize, Hacker News
Next India vs South Africa, 2nd Test: Mayank Agarwal, Virat Kohli power India to 273/3 on day one – Times of India, The Times of India