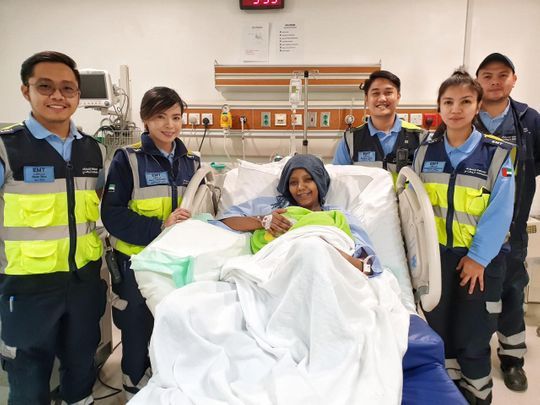 Ajman: National Ambulance crews responded to a case where a woman went into labour and was on the verge of giving birth at her home itself in Ajman.

The National Ambulance Communications Centre (ACC) received a call at 6.47am last Thursday from a man stating that his wife had suddenly gone into labour and was about to give birth at their residence in Ajman. He added that he could even see the head of the baby.

ACC staff were dispatched to the address in two ambulances and one fast response unit. At the same time, the team alerted the hospital’s emergency department. The call receiver stayed on the phone with the caller and gave him first aid instructions to deal with the situation at hand until the ambulance crew arrived.

The baby boy could not wait to get to the hospital as within a few minutes of the call, the mother ended up delivering him.

Soon after, the ambulance crew arrived to find the newborn in the arms of his mother. The duop were immediately attended to and transferred in a stable condition to Shaikh Khalifa Hospital in Ajman.

National Ambulance urged pregnant women to make regular visits to the doctor to avoid high-risk situations such as these.

The post Baby born via emergency home delivery in Ajman appeared first on The Wealth Land. 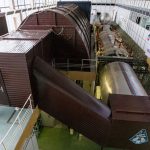