THE jury in Grace Millane’s murder trial are sitting through heart-breaking footage of her last hours alive on a Tinder date with the man accused of choking her to death during sex.

With her parents watching from the public gallery, backpacker Grace, from Wickford in Essex, was shown taking a picture of a Christmas tree in New Zealand which she sent them while she waited to meet the alleged killer for the first time.

It was the university graduate’s last contact with her family, but today, property developer David Millane and his wife Gill saw 30 minutes of footage discovered by police from a chain of CCTV cameras covering Central Auckland.

The film covered almost their entire date, from meeting outside the Sky City casino, through drinking at a succession of bars to entering the CityLife hotel where the defendant, who cannot be named, was living.

A final scene, at 9. 41 pm, shows the couple exiting the hotel lift and heading to the alleged killer’s apartment.

It was on December 1 last year, the eve of her 22 nd birthday, the Grace and the 27 – year-old man arranged to meet after connecting through Tinder the previous day.

Today, Detective Adam Bicknell told the jury he had been in charge of tracing Grace and her alleged killer’s movements through the city as part of Operation Gourami, the code name for the police investigation into her disappearance.

His team had looked at hundreds of hours of film captured over six days, said Detective Bicknell.

Today’s footage began at 5. 11 pm on December 11, with the defendant entering the Bluestone Room and half an hour later, Grace, in a black dress, leaving the Base backpackers’ hostel where she was staying and walking through rain-soaked streets towards Sky City.

The accused, wearing a pale shirt and jeans, had bought four bottles of Heineken at the Bluestone Room, said the detective.

NO WILL TO LIVE

Girl, 17, ‘gang-raped to death by 4 teens who left her with horrific injuries’

Outside SkyCity, Grace was shown arriving in front of the casino’s 20 foot tall Christmas tree, where she stood waiting at 5. 45 PM.

“I think we could see Miss Millane using her phone at the time,” said Detective Bicknell, asked about the photograph she had sent her parents 45 minutes later.

Within minutes, the defendant walked into view, approaching Grace and giving her a hug, before the two of them walk into the casino and find Andy’s Burger Bar. 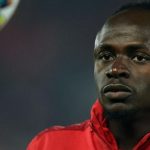 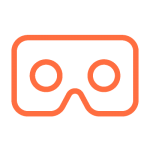