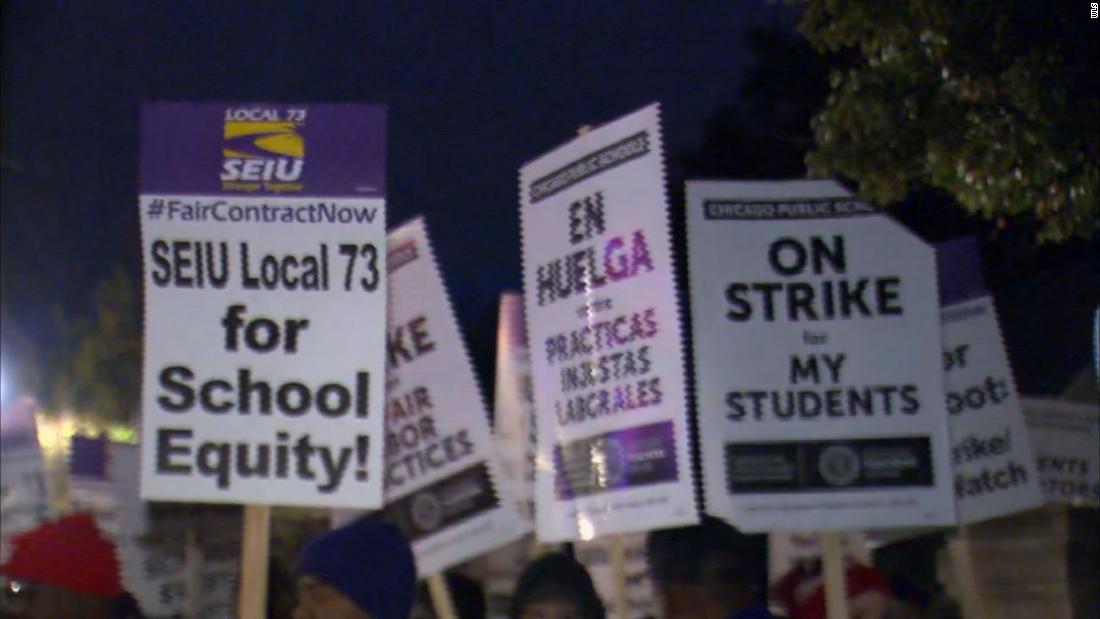 (CNN)About 300, 000 students have no idea when they’ll see their teachers again as members of the Chicago Teachers Uniongo on strike Thursday.

The union’s demands reflectwhat teachers across the country have been clamoring for: smaller class sizes, more support staff and higher raises.

But in Chicago, the dynamics are different – and in some cases, dire.

About 75% of students qualify for free or reduced lunch. In some neighborhoods, gangs and violence permeate the streets.

“Our students suffer from trauma. They suffer from so many things they need help coping with,” Penn said.

Many child deaths are “by suicide and by guns. This is a fact in Chicago,” she said.

The school district has offered hundreds more support staff and 16% raises for teachers – an average of about $ 19, 000.

What the teachers want

The union listedmore than a dozen demandsfor the school district, including firm limits on class sizes, hiring more teachers’ assistants and raises for all school employees.

Willie Cousins ​​has worked as a teacher’s assistant at Bond Elementary School for the past five years.

“And to make ends meet, I’ve had to pick up an extra job at Walmart, Food 4 Less, it all depends because of my salary. I have a family of four that I have to provide for. “

He said the cost of living in Chicago makes it especially difficult to live on an educator’s salary.

“We are required to live in the city. So how can I live off of that when skyrocketing rent is unbelievable?” he said. “Please, we deserve a fair wage in this city.”

Then there’s the lack of librarians, bilingual teachers and other support staff.

Nine of 10 majority-black schools have no teacher librarians, and there aren’t enough teachers for English language learners in the district, which the union said is “nearly half Latinx,” the union said.

Lori Torres is the mother of three children in Chicago Public Schools.

“My youngest son … has never known what it is to have a librarian,” she said.

“Our schools don’t have (librarians), and we’re trying to teach kids to do well on reading tests,” he said.

What the city and school district have offered

Chicago Public Schools has proposed a series of offers, including 16% raises for teachers, or an average of about $ 19, 000.

On Friday, Chicago’s Board of Education releaseda 71 – page counteroffer to the union’s demands.

“We have tried to provide the best deal that’s fiscally responsible – that’s fair to teacher and fair to taxpayers,” Mayor Lori Lightfoot said.

“Without question, the deal that we put on the table is the best in the Chicago Teachers Union’s history,” she said.

“It provides a 16% pay raise for all employees.It would lift up lowest-paid workers immediately.On average, support staff will see a 38% pay raise over the life of the (five-year) contract under the current offer. “

The mayor said an additional $ 400, 000 per year will be earmarked “toward a pipeline for nurses, counselors and case managers.”

What will happen to the kids?

The city’s first priority is the safety of the district’s students – many of whom depend on the schools for **** and lunch, the mayor said.

“We want to make sure that their ability to get healthy food on a daily basis is not interrupted,” Lightfoot said .

CPS Superintendent Dr. Janice Jackson said schools will be open during the strike and will provide “breakfast, lunch, and supper.”

But school buses will not be running, and students are not required to go to school.

Still, the school district is encouraging families to send their children to school, where administrators and nonunion staff will be working.

CNN’s Bill Kirkos and Brad Parks contributed to this report. 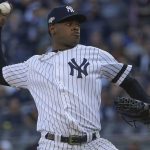