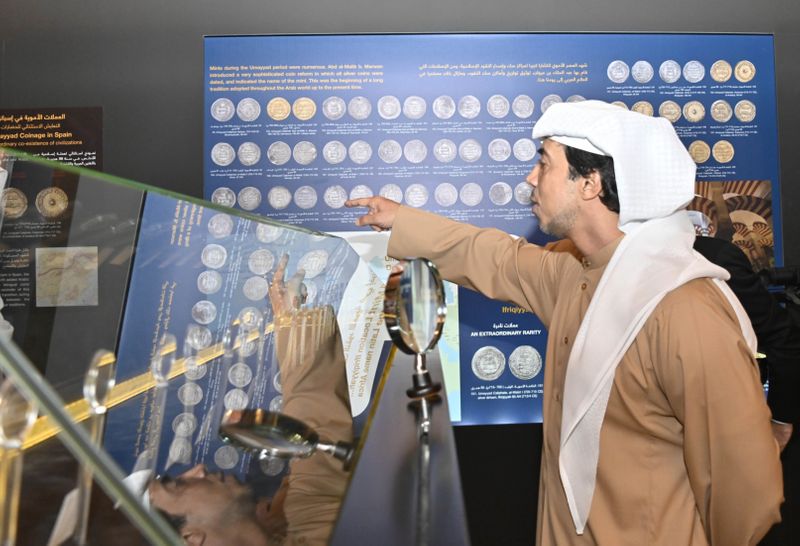 Over 300 coins making up one of the world’s most significant collections of Arab and Islamic coinage ever assembled will be on display until April 28.

The exhibition is curated and organised by Dr. Alain Baron, founder of Swiss coin collectors Numismatica Genevensis SA, and is held under the patronage of Shaikha Fatima Bint Mubarak, Chairwoman of the General Women’s Union (GWU), President of the Supreme Council for Motherhood and Childhood, and Supreme Chairwoman of the Family Development Foundation (FDF).

Dr. Baron, said, “One of the world’s most significant collections of Arab and Islamic coinage ever assembled, the exhibition will celebrate the splendours and achievements of the Islamic civilisation across centuries and the unique perspective on that history afforded by its coins. It is our absolute honour to emphasise the SZGMC’s mission as a centre of learning and knowledge and to highlight the unique and profound role that numismatics (study of coins) plays in our understanding of history and culture.”

“Since its establishment, the Centre has become a leading cultural destination, serving as a beacon of intellect and reason through its various activities. By displaying historical artifacts, like these extraordinary coins, SZGMC aims to underline the rich history and cultural legacy of successive Islamic eras across centuries.”

The post Coin exhibition opens its doors in Abu Dhabi appeared first on The Wealth Land.