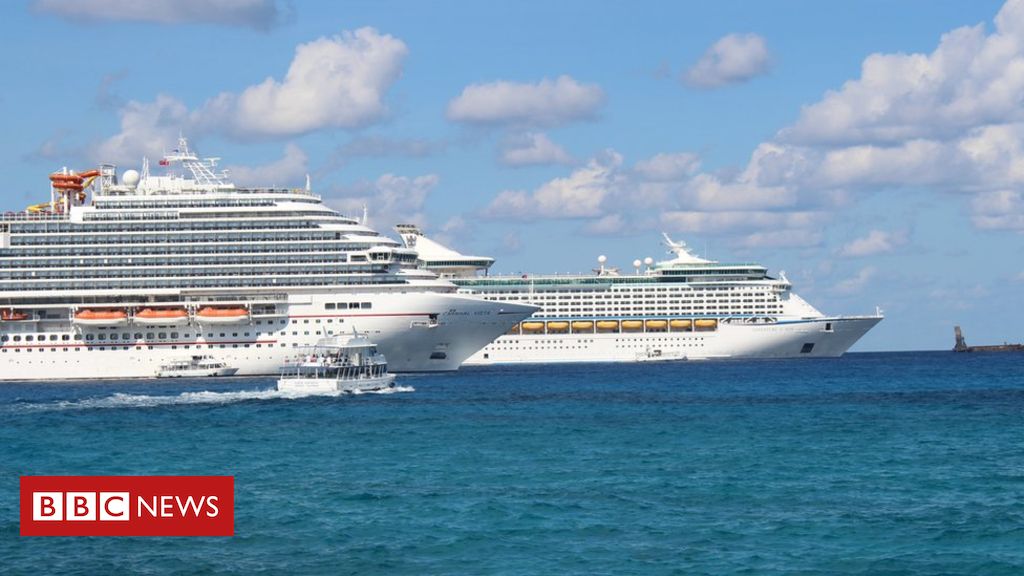 Campaigners in the Cayman Islands say they are fighting a “David and Goliath” battle against the world’s biggest cruise lines that want to redevelop the country port to accommodate huge ships.

“I fear that it’s going to cause some irreversible damage that we can’t ever change, take back or fix in the future, says Michelle Lockwood, one of those opposed to the coral dredging that will be needed to enlarge the port.

It’s just gone 9am in Grand Cayman and the Royal Watler Cruise Terminal is already crowded. Hundreds of tourists are disembarking from a fleet of small tenders from two enormous ships anchored just off George Town harbor, that loom like giant white whales.

As the visitors step onto the dock, some of them pose for a photograph with workers dressed as pirates. This is the Caribbean after all. But away from the holiday-makers heading for the island’s famous Seven Mile Beach, tension is in the air.

The cruise ships and the coral reef beneath them are at the heart of a dispute that has pitted local scientists, conservationists and small businesses against the world’s largest cruise companies – Royal Caribbean and Carnival – with a combined market value of $ (BN) £ (bn).

The cruise lines are leading a consortium – Verdant Isle – to build a $ 250 m new jetty and berthing facility on Grand Cayman. They say their new liners, which will carry almost 9, 000 people, won’t use the tenders to ferry passengers ashore.

It will make disembarking quicker and easier for tourists but it means dredging the harbor – destroying at least 10 acres (4ha) of coral reef.

“It’s a really unique area, that’s why Cayman is so famous for its diving and snorkelling, it’s just pristine, “says Nadia Hardie, the head of The National Trust for the Cayman Islands.

“There are so many different varieties of marine life but also coral, we have endangered species here which we have to protect and that’s what’s really at risk. “

Cayamanians will vote on the proposal in a referendum expected early next year.

“We know that a pier is much better for the guest experience, “says TJ O’Sullivan of Royal Caribbean Cruises. “Guests will come off the ship at a much higher rate and spend more time in port.”

But many local tour operators are unconvinced. They say cruise firms already take most of what passengers spend by pre-selling tours onboard. They worry that by funding the port redevelopment, the cruise companies will have greater control of the local tourism sector.

“We will be left out,” says one guide who doesn’t want to be named. “Pre-booked [tours] will increase more, they will force us out of business.”

Mario Blanchette is a scuba instructor at the nearby Eden Rock Diving Center. “Unfortunately, they will be digging a lot. All that silt and sand will eventually start making its way over our reef.

“Eventually Eden Rock and other businesses that rely on the reef will have to shut down.”

His concerns are shared by lifeguard Bernard Rockett.

“People come here for the diving experience – to see the beautiful creatures that we have in the water and the coral life, “he said.

The Verdant Isle consortium says the amount of material clouding the water will be closely monitored, as corals die if they get smothered.

“We ‘ll have turbidity, silt-monitoring buoys that read in real time, “says Barry Loudermilk of Orion Marine Group, the firm set to dredge the harbor if the project goes ahead. And dredging will be carried out by a specialized backhoe that operators say has a lower impact on the environment than hydraulic dredging.

I ask him if he’s certain there won ‘t be lasting damage to the reef. “What I’m certain of is, if there is a ‘yes’ vote, we have a lot of [environmental] modeling to do. I think a lot of the fears will be settled once we complete all our modeling.”

So isn’t that a bit of a risk? “Everything’s a risk,” says Mr Loudermilk. “But we’ve brought the best specialized teams to handle the delicate environmental approach to this project.”

Opponents point to the experience of Falmouth, Jamaica. In 2009, Royal Caribbean built a $ 170 m new pier but the number of cruise ships visiting Jamaica has since fallen.

Opposition Cayman Islands legislative assembly member Chris Saunders says the Cayman Islands had almost 60% more cruise passengers than Jamaica in June even though Jamaica has three main ports and Grand Cayman has none.

“The cruise lines already skilfully beguiled the Jamaican people with regards to the port in Falmouth and they are trying to do the same with Cayman. Let’s not make the same mistake. “

Royal Caribbean says tourists have become less interested in visiting Jamaica, and that’s been reflected in the company’s itineraries.

The Cayman Islands government is confident the new facilities will boost cruise tourism – meaning more jobs for islanders. To help fund the project, its agreed that part of the tax tourists pay to visit the Cayman Islands will be given to Verdant Isle – for 25 Years.

Cayman Deputy Premier Moses Kirkconnell says the government has a responsibility to develop the country for the next generation.

“The balance that we have to understand, from a government policy, is how do we balance the need of the people for a job and opportunity compared to our environment that we have to protect. ” Only 1% of the Cayman Islands’ reef will be affected, he says.

But Cruise Port Referendum (or CPR) Cayman, a grassroots group opposed to the development, says the economic arguments for the project are weak as overnight tourists spend far more than cruise passengers.

“Overnight tourism is really where the money’s at and luxury-stay tourists even more so, “says CPR Cayman’s Michelle Lockwood. The group says healthy reefs are vital to attract the higher-spending overnight holiday-makers.

Verdant Isle has sought to allay these fears by promising to relocate 30 – 50% of the common coral that’s removed, and 100% of rare corals. It’s hired Florida-based marine consultant Dr David Vaughan who plans to use a technique called micro-fragmentation to plant new corals, alongside those that have been moved.

“This is a new technology [that involves] reskinning the tissue back on a dead coral head or a rock, “he says. “It’s not the reason the referendum should be ‘yay’ or ‘nay’, but it’s something to add to mix.”

But the science of coral relocation is hotly debated. Not all marine experts are convinced it can work. Terry Hughes, a professor in marine biology from James Cook University in Queensland, Australia, who has been studying coral reefs since the 1970 s, says: “It’s very difficult to move corals.

” They often break apart and they’re injured fatally when you try to detach them – then when you relocate them they’re often very unhappy and have high rates of loss. “

Michelle Lockwood from CPR Cayman says: “The cruise lines … they’re in this for profit, they’re not in this for what’s best for the Cayman Islands. “ 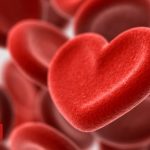 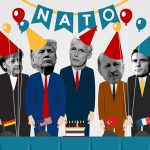