Second lockdown would be a mistake, says Oxford University professor

D r Adam Kucharski, of London School of Hygiene and Tropical Medicine who advises Sage on modeling the virus, told BBC Radio 4’s Today program: “I think we’re seeing some troubling early signals – we’re obviously not at the point where that’s translating into a substantial burden on healthcare, although we are seeing things creep up.

“I think we are getting to a point where we’re potentially losing our ability to actively track the virus. That means we could have a situation where we start seeing more severe cases appear and we don’t have good warning of that. “

However, Professor Carl Heneghan, director of the Center for Evidence-Based Medicine at Oxford University, argued that the key is knowing who is symptomatic and said a two-week lockdown would be a mistake as it “delays the inevitable and pushes the emergence of cases into winter.

“The language of ‘out of control’, ‘need more testing’ and ‘this is terrible’ needs to be dialled back,” he said.

“Our huge problem is we’re losing the trust of the population. What we have to do is slow down our thinking, pause and start to be more analytical about the steps we take because as we’re rushing, like with test and trace, we’re falling over.

“At some point, the Government and its advisers are going to have to start to realise that this infection is endemic and set a clear objective, which is missing at the moment. If we don’t accept it’s endemic, we aren’t protecting those who are most vulnerable. “ 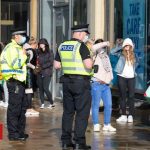 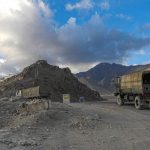