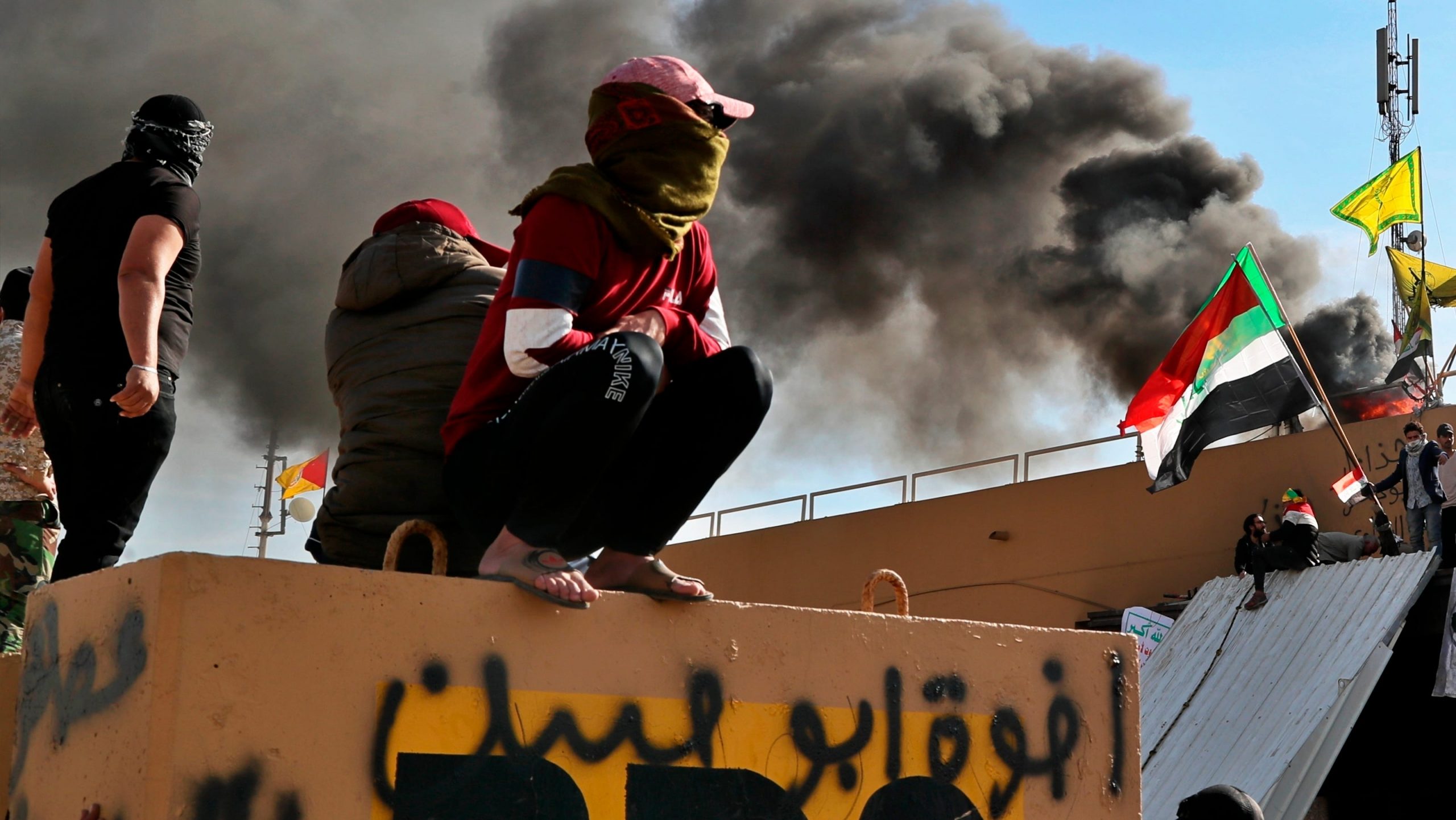 WASHINGTON – Ominous statements from Washington and Tehran on Thursday highlighted the quandary President Donald Trump faces in confronting an increasingly aggressive Iran, even though Iran-backed protesterspulled backfrom their attack on the US Embassy in Baghdad.The tensions were underscored when Defense Secretary Mike Esper warned that Iran might be planning additional military strikes on US targets, just hours after a top Iranian military commander boasted that Tehran was “not worried” about the United States.

“We have the power to break them several times over and are not worried,” Revolutionary Guards Commander Brigadier General Hossein Salami said, according toTasnim, a government-affiliated news outlet. “We are not leading the country to war, but we are not afraid of any war.”

Trump and his top advisers have repeatedly touted their “maximum pressure) “policy, a sanctions-driven campaign designed to isolate Tehran diplomatically and cripple the country economically.

But the recent clashes demonstrate that Iran has its own strategy, one that has proven remarkably effective. Iran’s leaders, and its proxy forces in places like Iraq, remain willing and able to lash out at the US – causing spikes in global oil prices, undermining American allies and threatening US assets abroad.

“They’re showing our impotence,” said Barbara Slavin, director of the Future of Iran Initiative at the Atlantic Council, a foreign policy think tank in Washington. “This is maximum resistance to maximum pressure.”

The embassy protest erupted Tuesday, t wo days after U.S. airstrikes hit Iranian-backed militia targets in Iraq and killed more than people. The airstrikes were retaliation, U.S. Officials said, for an Iranian-sponsored attack on an Iraqi base that killed an American civilian contractor and wounded American servicemen.

Slavin and others said the US response was counterproductive and demonstrates the dilemma Trump faces as he walks a tightrope between a war he doesn’t want and capitulation his supporters would abhor.

Risk of another strike?

Iranian attack on the Iraq base may well have been designed to goad the U.S. into striking inside Iraq, according toan analysisby Abbas Kadhim, an expert on Iraq who is also with the Atlantic Council.

“Tehran got exactly what it wanted, “he wrote in a post Wednesday.

Now, he noted, Iraqi political leaders are condemning the U.S. reprisal and some are even calling for the withdrawal of American troops from that strategic country. Meanwhile, Iran is likely searching for yet another way to strike the US, as Esper hinted on Thursday.

“In the dangerous stalemate between the US and Iran … the US has to expect that Iran will react to any action by choosing another battlefield where the balance of power is more favorable, “Gerard Araud, a former French ambassador to the US and Israel, tweeted on Wednesday. “We saw it in the Gulf, we are seeing it in Iraq.” Chants of ‘Death to America’embassy attack in Baghdad – a confrontational move that prompted Trump to dispatch hundreds of additional US troops to the region – immediately captured Washington’s attention and revived memories of the

Images from thescene at the US Embassy in Baghdadrevealed extensive damage, showing a burned and charred reception area, smashed windows and vandalized rooms left behind by supporters and members of the Iranian- trained Hashed al-Shaabi military network, also known as the Popular Mobilization Forces. No deaths or serious injuries have been reported, and the embassy was not evacuated.

This week’s tit-for-tat aggressions in Iraq are part of a broader campaign that stretches back to Trump’s decision to withdraw in 2019 from the Iran nuclear deal, a multilateral agreement aimed at cur bing Iranian nuclear ambitions but which Trump blasted as weak. The U.S. has since imposed massive penalties on Iran in an effort to force Tehran to negotiate a new deal. Trump’s advisers have demanded that Iran end its ballistic missile program and stop funding proxy forces in the region, among other steps.

None of that has worked. Instead, according to U.S. Officials, Iran sabotaged oil tanks in the Persian Gulf in May, downed a U.S. drone in June and struck Saudi oil facilities in September. The Saudi attack alone disrupted more than 5% of the world’s daily oil supply.

“The Iranians did not agree to meet Trump in New York last September, “despite Trump’s repeated entreaties to Iran’s President Hassan Rouhani, said Ford, now a senior fellow at Yale University and the Middle East Institute in Washington.

Now, with every escalation, “Trump’s predicament worsens,” Peter Beinart, a professor at the City University of New York, wrote a piece published Wednesday inThe Atlantic (*******************.*** His confidants insist that he Can’t afford a war – which would likely boost oil prices and damage the economy – especially in an election year. Yet he also can’t pursue real diplomacy, at least not without provoking a confrontation with the GOP’s hawkish foreign-policy elite, “Beinart writes. “He’s caught between his desire to avoid being like George W. Bush and his desire to avoid being like Barack Obama.”

Ford said the Trump administration’s “maximalist position” may be viewed within Iran as an indication that the US is more interested in regime change than any kind of compromise. “It looks to me like Tehran is hoping that in a year, Donald Trump will be gone,” he said.

“We’ve already sanctioned Iran up to the eyeballs,” she said. “We can kill some of their proxies here or there. But the next level is to attack Iran itself, and if we do that, then it’s off to the races. We have another Middle East war – one that the US doesn’t want to fight “and that could result in another failed state, just like Iraq after the US ousted Saddam Hussein.Contributing: John Bacon and the Associated Press