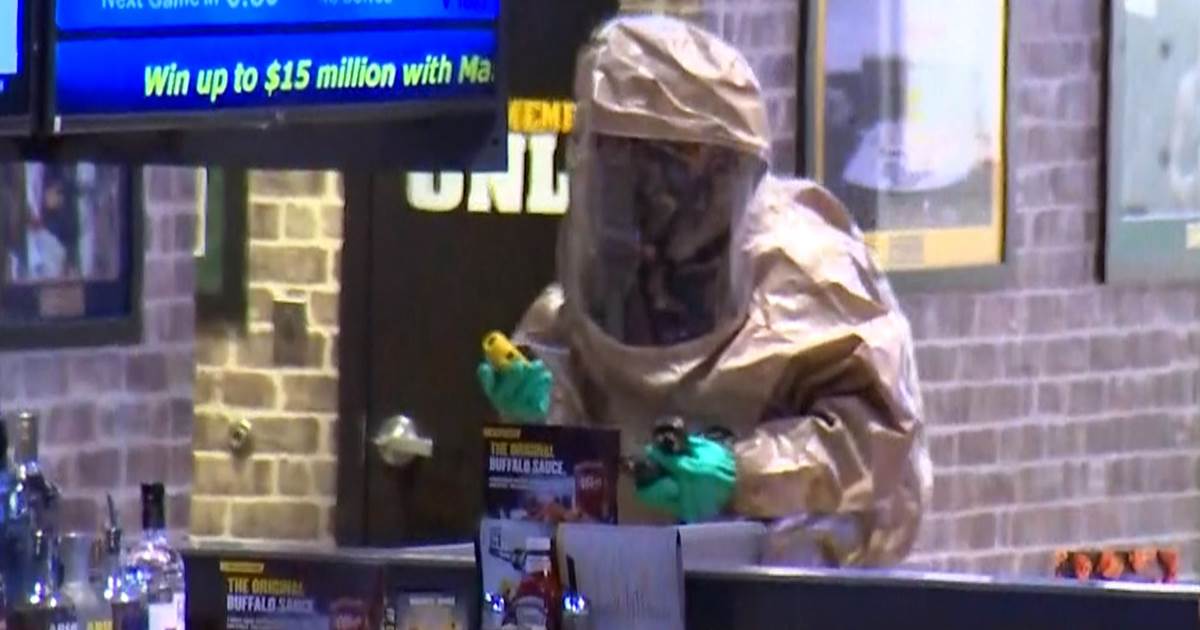 An accidental mix of cleaners – acid and bleach – generated toxic fumes that killed the manager of a Buffalo Wild Wings in Massachusetts, authorities said Friday.

The eatery’s 32 – year-old manager , Ryan Baldera, was killed and 13 others were taken to the hospital, according to the Fire Department inBurlington, Massachusetts,a Boston suburb.

But that employee did not know that an acid-based cleaner, Scale Kleen , had been spilled on the floor earlier, Patterson said. So when the worker usedchlorine- and bleached-based Super 8on the floor, the mixture turned green and started to bubble, Patterson added.

After that worker fled the kitchen with burning eyes and breathing issues, the manager grabbed a squeegee and tried to push the bubbling green concoction out of the restaurant and into an outdoor drain before he was unable to continue, according to the chief.

“He was quickly overcome … and the squeegeeing led him to a severe medical condition,” Patterson said.

Both the Scale Kleen and Super 8 cleaners had clear labels warning not to mix them with other products, according to fire officials.

“I believe this is just an accident,” Patterson said. The victim died at Lahey Hospital & Medical Center in Burlington.

Memphis-based Auto-Chlor System appears to be the maker of bothScale KleenandSuper 8. But in a company statement, it only referred to Super 8.

“We understand the concerns, fears and questions you may have following the Buffalo Wild Wings chemical incident which may have involved Auto-Chlor’s product SUPER 8, “according to the statement.

” First and foremost, our condolences are with the individual and their family as well as those affected yesterday during the incident. The safety and well-being of our customers are our first priority, always. “

The statement continued,” At this time, working with OSHA, local authorities, and emergency teams on site, we are doing everything we can to determine all details behind this incident. “

A responding state hazardous materials team spread neutralizer on the floor and into the outside air, making the restaurant safe to enter hours later, officials said.

City officials closed the restaurant and it will need to get formal clearance from the Burlington Board of Health befor e it can reopen.

The Occupational Safety and Health Administration (OSHA) has opened an investigation at the Buffalo Wild Wings in Burlington “to determine whether or not there were violations of workplace health and safety standards in connection to his incident, “an agency spokesman said on Friday.

The probe could take as long as six months.

” Bleach by itself shouldn’t be deadly , “said Rick Sachleben, a retired organic chemist and member of the American Chemical Society. “However when it’s a mixed with incompatible chemicals, it can generate toxic gasses and that’s probably what happened here.”

He said millions of homes and businesses across America use these cleaning agents that are perfectly safe when properly used – and potentially harmful if combined.

“You can put all the labels you want, but there are lots of things we use on a regular basis that are potential dangerous,” said Sachleben, who lives in Burlington.

“I mean, think about gasoline and how flammable and dangerous that is. But no one thinks twice about pulling up to a station and filling up with gas.”

The store remained closed on Friday. 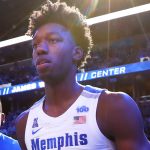 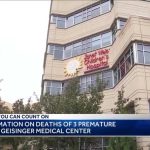