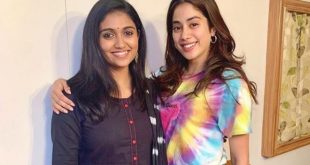 
The shoot of Karan Johar’s next production Dostana 2, which was scheduled to take place in Delhi, has been called off due to pollution. According to areportin Bollywood Hungama, the thick blanket of smog made it difficult for the cast and crew. The film starsKartik Aaryan, Janhvi Kapoor and Lakshya as its three leads.

Reliable sources told the website, “The cast and crew couldn’t breathe. Visibility was so low that the camera couldn’t capture the shots properly. It was a no-win situation. The team decided to disperse until the weather improves. ”

It may be recalled that actor Priyanka Chopra too had posted a picture of herself in a face mask and had expressed concern over Delhi pollution last week during the shoot of her next Netflix film, The White Tiger.

On November 9, Kartik shared a picture, announcing the start of shooting of Dostana 2 in Chandigarh. Sharing the news on his Instagram page, he wrote: “# Dostana2 Begins !!!”. It showed him along with the clapper-board. Dostana 2 is a sequel of hit 2008 film Dostana, starring Priyanka Chopra, John Abraham and Abhishek Bachchan as its lead actors.

Before the commencement of the shoot, the actor shared another post on the photo-sharing application where he can be seen seeking blessings from producer Karan Johar. The ace filmmaker can be seen blessing him with good luck. “Maa da laadla #Chandigarh nikal gaya # Dostana2 !! The Dharma rivaaz that all actors need to follow before starting a Dharma film @karanjohar, ”he wrote.

Earlier, Janhvi had visited Golden Temple in Amritsar along with the director of the film, Collin D’Cunha, to seek blessings. Clad in blue salwar kameez, the Dhadak star was seen posing with the director and the beautifully illuminated temple as the backdrop.

The film has been written by Navjot Gulati, Sumit Aroraa, Rishabh Sharma and D’Cunha. The original film caused quite a stir among the audience with its unique and humorous plotline and the fact that it dealt with the less-talked-about subject of homosexuality.

Previous Raheem Sterling out of England qualifier after 'disturbance' – Sky News, Sky.com
Next Biden: Trump one of most corrupt people to be president – CNN, CNN