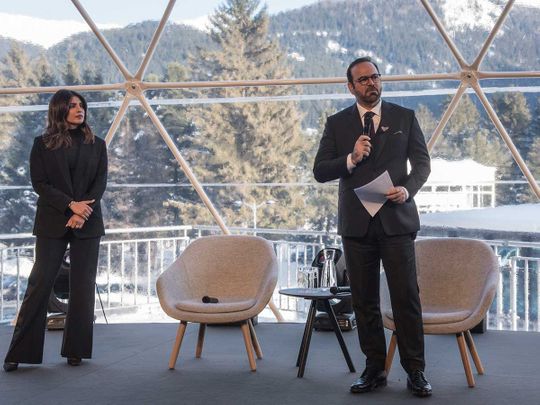 Dubai: Keeping up it mission to eradicate poverty, Dubai is set to co-host the world’s biggest humanitarian event ‘The Global Citizen Show’ on September 26.

The UAE on Wednesday announced the Dubai will host one of ten simultaneous live events organised by Global Citizen, the international organisation that aims to build a movement to end extreme poverty by 2030.

The “Global Goal Live” event will bring some of the world’s biggest celebrities together to perform around the world to raise the profile and global effort to eradicate poverty, and is expected to draw more than 1.5 billion viewers. This year’s Global Citizen show runs under the slogan “The Possible Dream, and will be broadcasted live across streaming and television platforms for ten consecutive hours

He added that: “With Dubai being selected to host the ‘Global Goal Live’ event, the biggest worldwide humanitarian event and one that will bring together thousands of engaging and impactful global citizens for a noble cause, is a testament to the UAE’s history of advocating for humanitarian work on regional and global levels.

Humanitarian work is core of the UAE policies

“Humanitarian and developmental work is at the core of the UAE’s policies, which is manifested tangibly through the establishment of hundreds of institutions and initiatives dedicated to humanitarian work. Since its foundation, the UAE has become the heartbeat of global humanitarian causes and has dedicating its efforts and resources to make the world a better place by empowering communities and overcoming obstacles that hinder sustainable development.”

He concluded: “The slogan of ‘Global Goal Live’ – “The Possible Dream” chimes with the slogan of the UAE Nation Brand: “Make it Happen.” Both slogans reinforce the notion that any dream can be achieved with hard work and perseverance. Both slogans represent the UAE’s remarkable narrative: a nation built on ambition and dreams, which can build a new reality that the world can look to for inspiration.”

The ‘Global Goal Live’ event, organised by Global Citizen, is the biggest humanitarian event worldwide. It brings people together to tackle extreme poverty. It aims to achieve this through campaigns which mobilise everyday citizens, corporations, governments, and philanthropists to reprioritise their efforts to end extreme poverty and ensure the realisation of the Global Goals.

New York-headquartered Global Citizen, is a movement of engaged citizens whose mission is to build a movement of 100 million action-taking global citizens to end extreme poverty by 2030.

Co-founded by Hugh Evans, Simon Moss, Wei Soo in 2008, the Global Citizen platform was co-founded with Ryan Gall and Riot House in 2012.

Since 2011, millions of Global Citizens around the world have taken over 24 million actions to call world leaders to end extreme poverty by 2030. To date, the actions by its global community along with its high-level advocacy efforts and with its partners, have resulted in commitments and policy announcements from leaders, valued at over US$48 billion that have impacted more than 880 million, according to the Global Citizen website.