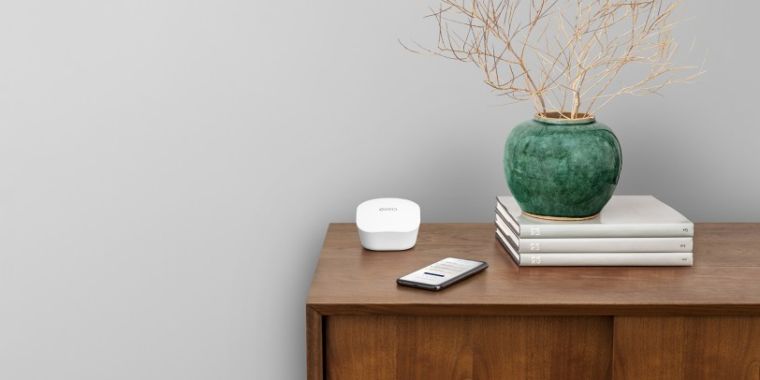 Today at Amazon’s Fall (Devices) ********************************** (Event) , the company announced a new hardware model of Eero Wi-Fimesh. Our sources at Eero have been pretty quiet since Amazonacquiredthe company early this February — unlike Google, who somehow manages to “leak“the new Pixel every year before its actual debut, Eero and Amazon have kept their secrets close . We weren’t completely sure there even would be a new Eero product announced today, and details are still thin, but here’s what we know.

Amazon’s presentation of the new Eero focused largely on ease of setup and use, as it fits into the new “Certified for Humans “program. This program forces devices to pass muster with a review board of “typical consumers,” with IT professionals and hardware enthusiasts specifically prohibited. There was also some discussion of Eero’s integration into the Alexa smart home ecosystem, with Alexa skills allowing you to direct Eero to enable or disable Wi-Fi access for specific devices at will — think “Alexa, pause the Playstation Wi-Fi” or similar . This is currently only supported for Eero, but there’s an API that will allow other devices to support the skill as well, with functionality expected in Asus and TP-Link routers later this year and Linksys to come on board in 2020.

This new Eero is a new model, not an entirely new generation. Functionally, it’sequivalentto an Eero Beacon with an Ethernet jack, and without the nightlight. The body is designed to sit on a shelf or desk, and more closely resembles an Eero Pro, but the radio chipset is the same 802. 11 ac (Wi-Fi 5) chipset used in the Beacon.

The price for this new Eero model is drastically lower than Pro or Beacon. A three-pack of Eero Pro runs $ 500, and the more commonly sold Eero Pro 2 Beacons runs $ 400. By contrast, the new Eero model sells in a three-pack for $ 250. This price cut is the same in individual units, which sell for $ 100 each — half the cost of a Pro, and $ 50 less than a Beacon.

Amazon is expanding Eero’s marketing reach. Until now, Eero has effectively been a US-only device. The new Eero model debuted with pricing in euros, and hardware support for France, Germany, Italy, Spain, and the United Kingdom will arrive in early November. (The Eero Pro should also be available in international flavors soon,accordingto Eero engineer / u / 6roybatty6 on Reddit.)

The new Eero is essentially an Eero Beacon in a difference case, so it’s dual-band — not tri-band, like Eero Pro — and there’s noWi-Fi 6support. Although this is disappointing, it shouldn’t automatically disqualify Eero from consideration. The smart move here is to focus on getting Wi-Fi 6 support in your new devices — smartphones, tablets, laptops, etc — and wait to worry about support in the Wi-Fi router or mesh kit until the majority of your devices can support it.

With Eero’s new prices this low, it can be a smartupgradeto carry you through the next several years even without Wi-Fi 6.

Update:as pointed out in the comments, Eero CEO Nick Weaver and an Eero engineer are online at Reddit’s r / eero. The article has been updated to reflect information they’ve shared directly in that Redditthread. 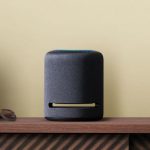