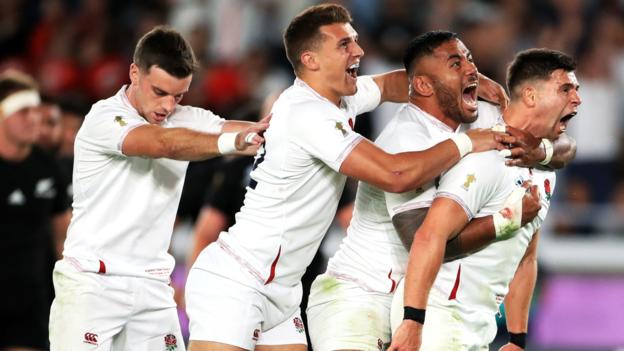 This time, against New Zealand in a stone-cold World Cup classic, there was no need to go toboundaries scored.

If England have ever produceda better 80 minutes of rugby unionthen no-one dancing round Yokohama or screaming the sofas down back home could care to remember it.

And yet it was comfortable, in an excruciating sort of way, if you ignore the dread tension of being up and ahead from the second minute against a side who routinely make late comebacks like other teams make touch.

And if you could watch George Ford’s penalties arcing towards the posts while still breathing, and watch the percussive demolition hits of Sam Underhill, Tom Curry and Maro Itoje without grabbing your own ribs and wincing.

From the first minute to the last England were demonstrably the superior team. There’s a decent argument they also won the time before then too; when you can stare down the haka and grin, as Owen Farrell did, or stroll towards it like a man off to the bar, as Joe Marler did. There was no fear when so many down the years have quaked.

Never before have New Zealand conceded a World Cup try as early as Manu Tuilagi’s second-minute score. Only once before have they been kept scoreless in the first half of a World Cup match.

It is 18 games – across 12 years – since they were beaten in this tournament , and this was only a second loss to England in 17 meetings. Yet on a night of the gloriously strange, the most nonsensical stat of all was also among the most startling: the three-time world champions scored fewer points thanLeicester did away goals against Southamptonthe night before.

To tip the All Blacks from their throne, even the most ebullient among England’s support thought half their team would have to produce the finest performance of their lives.

And so it came to pass: Ford and Underhill and Curry and Itoje all at dreamy, terrifying peak that left black shirts retreating and panicking and doing all the things they usually dish out to others.

Steve Hansen picked Scott Barrett to dominate the line-out. England owned the airwaves instead, except for the one ghastly moment when Ardie Savea was gifted the chance to bring a game that could have been 17 points distant back to a six-pointer.

The biggest Barrett was hooked at half-time, Sam Cane thrown on with the game half-gone, the Kiwi breakdown a shellshocked mess. Curry and Underhill went at the wreckage like some kind of demonic twins.

There was nothing kamikaze about it. It was the death-knell instead for a team that had cut Ireland apart in the quarter-finals with quick ball and who love to slow that of their opposition so they can get up fast and flat and shut everything else off.

In total England won 16 Turnovers. No team has won more at this World Cup. The last time England managed as many in the tournament was back in 1987, against Japan, when there were 4, 893 spectators watching, which gives you some sort of idea how remarkable the comparison is.

But it was impossible to find an area in which England were not out in front. They were faster and they were more precise. They kicked from hand better, and they tackled in the way that wrecking-balls meet walls.

The team got it all right and so did their coach Eddie Jones. Right in bringing back Ford, right in resisting the temptation to buttress his line-out with another jumper in place of the relentless Curry, right with the conditioning that allowed his picks to keep going at a pace that first stretched the black-shirted resolve and

A first World Cup final since 2007 but done in such a contrasting way.

England in Paris 12 years ago were a gutsy collection of old warriors and stalwarts who refused to beaten. They won games through the last true international hurrah of Jonny Wilkinson and disbanded quietly once coldly dismantled by South Africa in the final.

This is a young team that is accelerating into world-beating maturity before our eyes, a squad that shipped 31 second-half points against Scotland as recently as last March and finished a dismal fifth in the Six Nations a year before, now pushing back fresh boundaries with every game that comes.

The only England team to ever win the Webb-Ellis trophy arrived at the tournament in 2003 as the best team in the world and held their position on the curve just long enough to make it count when it truly mattered.

This one shows no sign of stalling. Jones has had some luck in having Tuilagi and both Vunipolas fit when Stuart Lancaster lost two of the three four years ago. He has reaped the harvest that Lancaster sowed in giving debuts to a young Farrell, and Ford, and May, and Slade.

But he is taking that raw mix and turning it into something special. At a time of financial crisis the RFU bet the house on Jones. He has now narrowed the odds in a way that many doubted he could.

No-one is remembered for winning a semi-final. Should all this momentum, hope and belief come crashing down in the same stadium in a week’s time then Saturday’s triumph will fade and pale.

Yet as Hey Jude and Wonderwall blasted out around the two tiers of blue seats on Saturday evening, and white shirts in the stands cavorted and bellowed along, it was all about the now and this night.

The kings are dead, their throne empty. Next week can wait for another dawn. 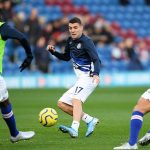 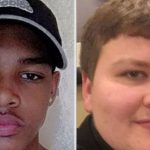