Make them stand by the road for an hour 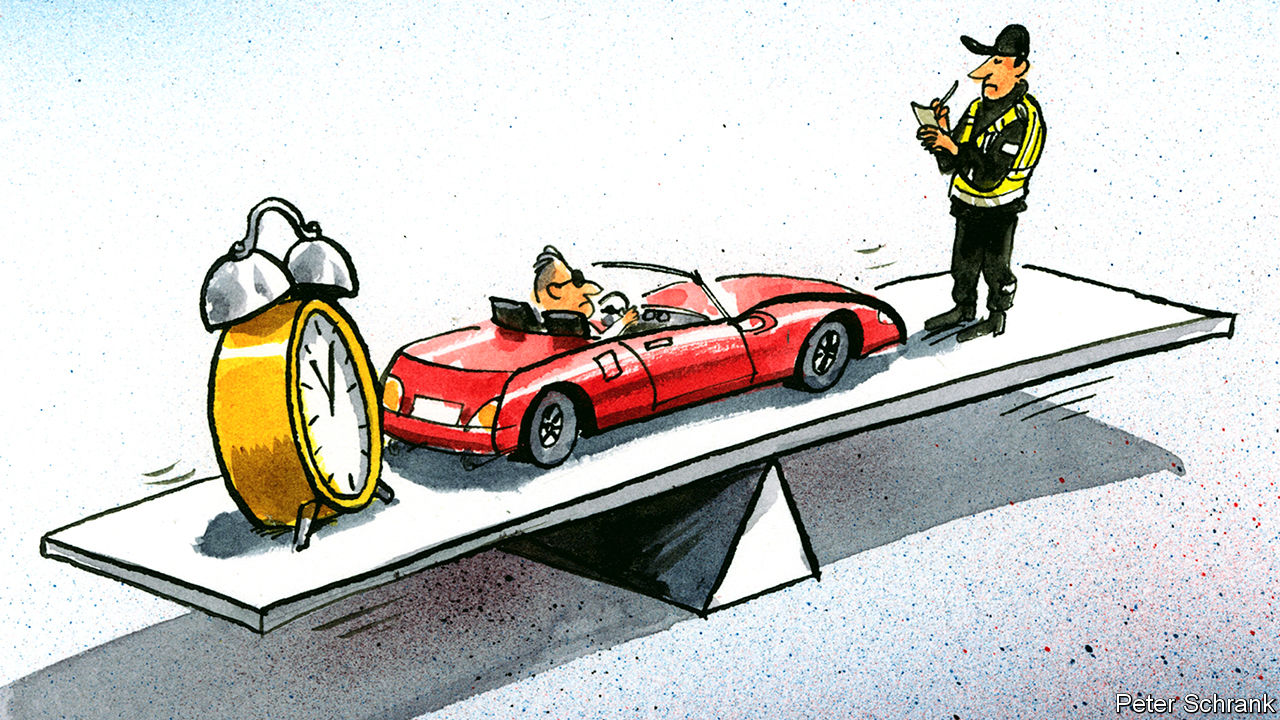 (O)N THE DESKof a government building, a diorama is laid out. Little vehicles sit by the side of a road, watched over by little policemen. On two recent mornings, this scene was recreated in real life. Drivers caught speeding along the road between Tallinn and the town of Rapla were stopped and given a choice. They could pay a fine, as normal, or take a “timeout” instead, waiting for 45 minutes or an hour, depending on how fast they were going when stopped.

The aim of the experiment is to see how drivers perceive speeding , and whether lost time may be a stronger deterrent than lost money. The project is a collaboration between Estonia’s Home Office and the police force, and is part of a program designed to encourage innovation in public services. Government teams propose a problem they would like to solve — such as traffic accidents caused by irresponsible driving — and work under the guidance of an “innovation unit”. Teams are expected to do all fieldwork and interviews themselves.

“At first it was kind of a joke,” says Laura Aaben , an innovation adviser for the interior ministry, referring to the idea of ​​timeouts. “But we kept coming back to it.” Elari Kasemets, Ms Aaben’s counterpart in the police, explained that, in interviews, drivers frequently said that having to spend time dealing with the police and being given a speeding ticket was more annoying than the cost of the ticket itself. “People pay the fines, like bills, and forget about it,” he said. (In Estonia, speeding fines generated by automatic cameras are not kept on record and have no cumulative effect, meaning that drivers don’t have their licenses revoked if they get too many.)

Making drivers wait requires manpower. The team acknowledges that the experiment is not currently scalable, but hopes that technology could make it so in the future. Public reaction, though, was not what they expected. “It’s been very positive, surprisingly,” says Helelyn Tammsaar, who manages projects for the innovation unit. Estonians have praised the idea for being more egalitarian — monetary fines are not adjusted according to income, as in neighbor Finland, but everyone has the same number of hours in the day — and because they perceive the punishment as being directly related to the offence, rather than an excuse to fill state coffers.■

Previous What Gold's Price Plunge Tells Us About the Record-High Stock Market, Crypto Coins News
Next Firefox versus Chrome from a privacy point of view, Hacker News