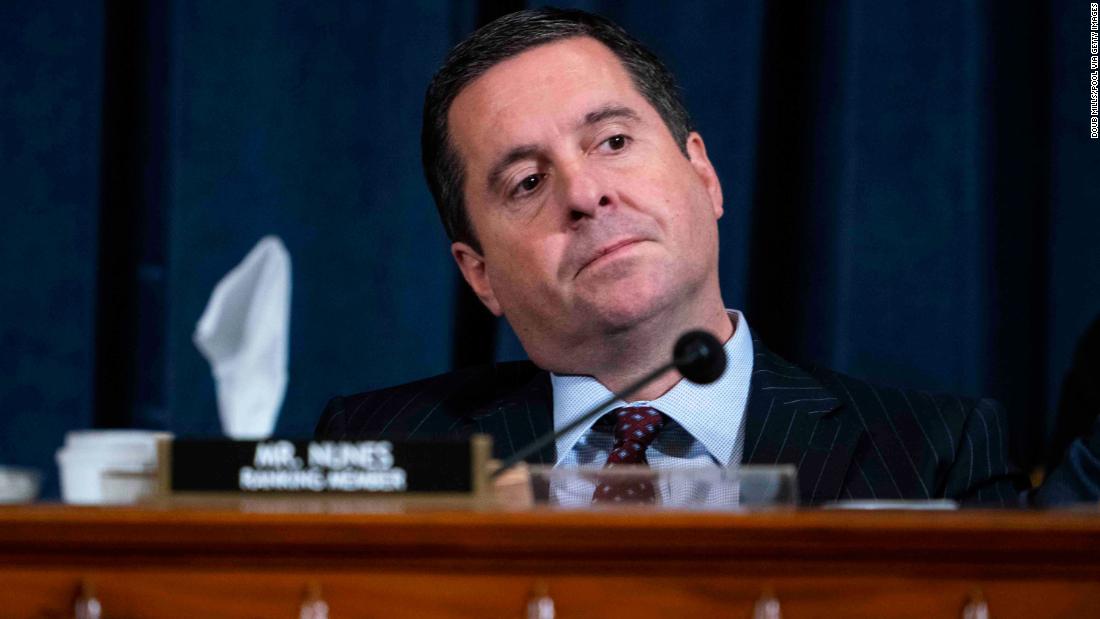 The attorney, Joseph A. Bondy,represents Lev Parnas, the recently indicted Soviet- born American who worked with Giuliani to push claims of Democratic corruption in Ukraine. Bondy said that Parnas was told directly by the former Ukrainian official that he met last year in Vienna with Rep. Devin Nunes.

Shokin was ousted from his position in 2016 afterpressure from Western leaders, including then-vice president Biden, over concerns that Shokin was not pursuing corruption cases.

Nunes is one of President Donald Trump’s key allies in Congress and has emerged as a staunch defender of the President during the impeachment inquiry, which he has frequently labeled as a “circus.” Nunes declined repeated requests for comment.

Bondy tells CNN that his client and Nunes began communicating around the time of the Vienna trip. Parnas says he worked to put Nunes in touch with Ukrainians who could help Nunes dig up dirt on Biden and Democrats in Ukraine, according to Bondy.

That information would likely be of great interest to House Democrats given its overlap with the current impeachment inquiry into President Trump, and could put Nunes in a difficult spot.

Bondy tells CNN his client is willing to comply with a Congressional subpoena for documents and testimony as part of the impeachment inquiry in a manner that would allow him to protect his Fifth Amendment rights against self -incrimination.

Bondy suggested in atweeton Friday that he was already speaking to House Intel though the committee declined to comment.

Giuliani hastold CNN previouslyabout his conversations with Shokin and Parnas, saying that this was part of his legal work for his client, President Trump. Parnas ‘claims about Nunes’ alleged involvement offers a new wrinkle and for the first time suggests the efforts to dig up dirt on the Bidens involved a member of Congress.

Those revelations came to a head on Thursday when Democratic Rep. Eric Swalwell raised the Daily Beast story publicly during the impeachment hearing.

Parnas, who was indicted on federal campaign finance charges last month, worked with Shokin and Giuliani to push a pair of unfounded claims: that Ukrainians interfered in the 2016 election on behalf of Democrats, and that Biden was acting corruptly in Ukraine on behalf of his son Hunter, who sat on the board of Ukrainian gas company Burisma Holdings.

“Nunes had told Shokin of the urgent need to launch investigations intoBurisma, Joe and Hunter Biden, and any purported Ukrainian interference in the 2016 election, “Bondy told CNN.

There is no evidence that the Bidens acted inappropriately. Nor is there evidence to support the conspiracy theory that Ukraine worked with Democrats to interfere in the 2016 election.

Yet these claims have been a key part of the public defense of the President put forth by Nunes and other Republicans during the impeachment hearings this month.

Parnas is currently under house arrest in Florida and has pleaded not guilty to charges of federal campaign finance fraud.

Over the past two weeks, CNN approached Nunes on two occasions and reached out to his communications staff to get comment for this story.

In the Capitol on Nov. 14, as CNN began to ask a question about the trip to Vienna, Nunes interjected and said, “I don’t talk to you in this lifetime or the next lifetime. “

” At any time, “Nunes added. “On any question.”Asked again on Thursday about his travel to Vienna and his interactions with Shokin and Parnas, Nunes gave a similar response.

A trip to Europe

Congressionaltravel records showthat Nunes and three aides traveled to Europe from November 30 to December 3, 2018. The records do not specify that Nunes and his staff went to Vienna or Austria, and Nunes was not required to disclose the exact details of the trip.

Nunes’ entourage included retired colonel Derek Harvey, who had previously worked for Trump on the National Security Council, and now works for Nunes on the House Intelligence Committee. Harvey declined to comment.

Bondy told CNN that Nunes planned the trip to Vienna after Republicans lost control of the House in the mid-term elections on Nov. 6, 2018.

“Mr. Parnas learned through Nunes ‘investigator, Derek Harvey, that the Congressman had sequenced this trip to occur after the mid-term elections yet before Congress’ return to session , so that Nunes would not have to disclose the trip details to his Democrat colleagues in Congress, “said Bondy.

At the time of the trip, Nunes was chairman of the Intelligence Committee. In January, Democratic Rep. Adam Schifftook over as chairmanof the powerful committee, which is now conductingtheimpeachment inquiry.

Bondy says that according to his client, following a brief in-person meeting in late 2018, Parnas and Nunes had at least two more phone conversations, and that Nunes instructed Parnas to work with Harvey on the Ukraine matters.

Parnas says that shortlyafter the Vienna trip, he andHarvey met at the Trump International Hotel in Washington, where they discussed claims about the Bidens as well asallegations of Ukrainian election interference, according to Bondy.

Following this, Bondy says that in a phone conversation Nunes told Parnas that he was conducting his own investigation into the Bidensand asked Parnasfor help validating information he’d gathered from conversations with various current and former Ukrainian officials, includingShokin.

Parnas says that Nunes told him he’d been partly working off ofinformation from the journalist John Solomon, who had written a number of articles on the Biden conspiracy theory for the Hill, according to Bondy.

CNN reached out to Harvey on multiple occasions for comment. Reached by phone on Friday morning, Harvey refused to comment and directed CNN to contact the communications director for Nunes. That person, Jack Langer, did not respond to numerous requests for comment from CNN. A spokesman for Schiff declined to comment for this story.

Bondy tells CNN that Parnas is also willing to tell Congress about a series of regular meetings he says he took part in at the Trump International Hotel in Washington that concerned Ukraine. According to Bondy, Parnas became part of what he described as a “team” that met several times a week in a private room at the BLT restaurant on the second floor of the Trump Hotel. In addition to giving the group access to key people in Ukraine who could help their cause, Parnas translated their conversations, Bondy said.

The group, according to Bondy, included Giuliani , Parnas, the journalist Solomon, and the married attorneys Joe diGenova and VictoriaToensing. Parnas said that Harvey would occasionally be present as well, and that it was Parnas ‘understanding that Harvey was Nunes’ proxy, Bondy said.

Solomon confirmed the meetings to CNN but said that calling the group a team was a bit of a mischaracterization. Solomon said that connectivity happened more organically, and that his role was only as a journalist reporting a story.

Solomon also said that Di Genova andToensing, his lawyers, introduced him to Parnasas a facilitator and interpreter in early March. “Parnas was very helpful to me in getting Ukraine officials on the record,” Solomon told CNN. “I only gradually realized Lev was working for other people, including Rudy Giuliani.”

Solomon insists he was only reporting on a story as it unfolded, “Any suggestion that I was involved in any campaign to pressure Ukraine or the United States government to take any actions is categorically false, “Solomon said.

Giuliani did not respond to requests for comment. DiGenova and Toensing declined to comment through a spokesperson.

Solomon no longer works at the Hill. After Solomon’s reporting came under intense scrutiny during the impeachment inquiry, the paperannounced it is reviewing his work.

In the weeks since his arrest, Parnashas become disenchanted with Trumpand Giuliani, according to Bondy as well as other sources who spoke to CNN. Parnas, these sources say, was particularly upset when Trump denied knowing him the day after Parnas and his associate Igor Fruman were arrested in October.

Last week, CNNreportedthat Parnas had claimed to have had a private meeting with Trump in which the President tasked him with a “secret mission” to uncover dirt on Democrats in Ukraine.

“He believes he has put himself out there for the President and now he’s been completely hung out to dry,” a person close to Parnas told CNN. Last week, the White House did not respond to repeated requests for comment to a series of questions regarding the meeting and Trump’s relationship with Parnas.

On Thursday, Bondy promoted the hashtag #LetLevSpeak on Twitter in response to a number of questions about whether Parnas would testify in front of Congress.

Bondy tweeted directly at Republican California Rep. Kevin McCarthy Thursday night after McCarthy accused Schiff of blocking important witnesses from testifying,saying“I don’t agree with your premise, but please, if you mean what you say, call my client, Lev Parnas. #LetLevSpeak.” 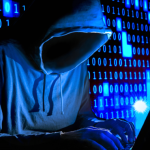 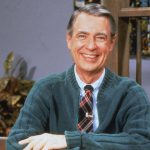