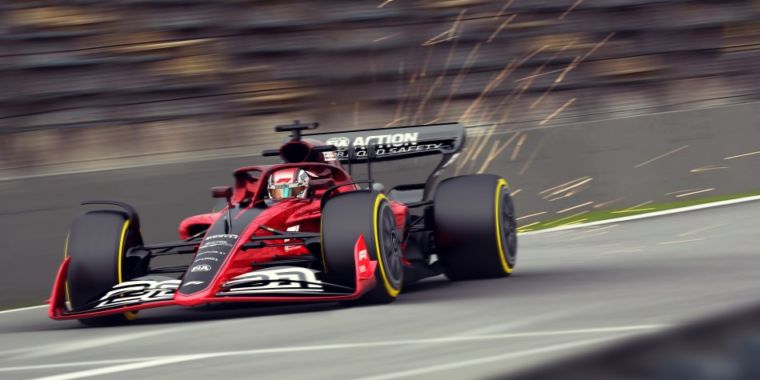 On Sunday afternoon at the Circuit of the Americas in Austin, Texas, Lewis Hamilton sealed his sixth Formula 1 world championship. Unquestionably one of the sport’s greats, he wowed fans even during his debut with McLaren in 2007, winning his first title for that team the following year. The rest of his titles have come at the wheel of a Mercedes-AMG, and all since 2014.

The year 2014 happens to be when F1’s last big rule change happened, ushering in the current era ofcomplicated and expensive turbocharged hybrid V6es. During that time, the cars have gotten faster than ever before — even if they are approaching Le Mans prototypes in weight. They have also become even more ruinously expensive to design and operate, with little to no effect on the quality of the racing. But starting in 2021, that will change thanks to a new set oftechnical rulesand more equitable sharing of the proceeds among the teams.

At least, that’s what Liberty Media hopes. The US-based entertainment companybought the commercial rights to F1 in 2017, and since then it has been trying to fix some of the huge structural problems with the sport. That’s easier said than done; a more equitable sharing of the pie means the well-funded, politically powerful teams will get less, and politically powerful turkeysrarely vote for Christmas. But that’s what happened — the FIA ​​World Motor Sport Council just voted unanimously to approve Liberty’s intended changes, despite worries that Ferrariwould exercise its veto.

To an untrained eye, the new car looks a lot like a current F1 machine — big wings at the front and back , exposed wheels, and an open cockpit. But as you look at the details, it’s apparent this is actually a radical new direction by F1 standards. The front wing is much simpler than current iterations, and the rear wing has actually grown compared to those now in action. But neither is as important as what lies underneath; the new car’s floor is shaped to createaerodynamic downforce via a ground effect, a technique that waslast seenin F1 in 1983.

It’sone of a number of changesthat are intended to allow one car to follow another much more closely through the corners. A current F1 car can lose up to 80% of its front downforce as it drives in the wake of dirty air behind another car; preliminary wind tunnel tests show the penalty two years from now should be only a 10% reduction or less.

That also explains the small winglets over the tops of the front wheels and even the spinning fairings that cover the wheels themselves. Wheels are growing to 18 inches in diameter, and the tires (still solely supplied by Pirelli ) will be low-profile. That means that F1 suspension designers will have some decisions to make when it comes to springs — currently that role is performed by the massive sidewalls of the 13 – inch tires now in use.

Clever hydraulic suspension systems will be banned, but plans to massively increase the use of standardized parts including gearboxes did not pass muster . Proposals to get rid of the complicated powertrains with their two hybrid systems similarly vanished, and the 2021 car will actually be even heavier than ever at kg (1, 693 lbs) to account for some added safety improvements.

The changes to the sport’s notoriously byzantine financial structure are probably much more wide-ranging. For many years, F1’s business side was governed by a document called the Concorde agreement, signed by each team that participated in the championship. In later years, this was replaced with an even more opaque web of contracts with individual teams, signed to prevent breakaway series and guaranteeing some participants tens or even a hundred million dollars a year extra just for showing up. If that sounds like a recipe for disparities, you’re right — since 2014, only Mercedes, Ferrari, and Red Bull have won races. The other eight teams have in effect fought each other in ade factoSecond division.

Cost caps have worked in sports like our own Jon Brodkin’s beloved NFL and MLB, where a salary cap keeps one team from hiring up all the talent. The idea of ​​a cost cap in F1 was proposed once before, in 2009, when it was to be set at $ 40 million a year to get some new teams to sign up. But the idea died on the vine, as did those new teams lured in by the notion that F1 could ever be affordable. Now, the cap is a more realistic $ 175 million a year — for context, teams spend on average $ 312 million a year right now, although that’s skewed by the three big spenders (Mercedes, Ferrari, and Red Bull).

The cap doesn’t include driver salaries or the three highest non-driver salaries, marketing budgets, and the costs that some teams incur from running their old cars at heritage events or other non F-1 activities. Because the new financial rules are spelled out in anofficial FIA document, the series can impose sporting penalties on teams that break the cap. The series will conduct a dummy run of the process in 2020.

There are also provisions to increase the cap if necessary, because F1 might increase the number of races each year. Currently, this stands at 21 – many more than we had in the old days — but the newsporting regulationsallow for up to 25 races a year, with a $ 1 million increase to the cost cap for each extra race above the current 21. F1 will also shorten its race weekend format from four to three days, with the scrutineering process happening on each Friday instead of Thursday.

The changes to F1aren’t as radical as some would like; I’d ban hybrids, rear wings, and pit-to-car radios if it were up to me, for instance. But on balance they do seem headed in the right direction, and these tweaks are the product of a thoughtful collection of poachers-turned-gamekeepers like Ross Brawn, Pat Fry, and Nikolas Tombazis. I’m not particularly concerned that the new cars will be a few seconds slower across a lap, either, (a sentiment shared by drivers) Like Kimi Raikkonen and Daniel Ricciardo.

I am encouraged to see F1 try to grasp the nettle of inequality that’s at the heart of the sport today. And I’ve got my fingers crossed that the wind tunnel and computational fluid dynamics work that gave us the 2021 technical regs correlates with the real world when the cars line up for that first race in March 2021. 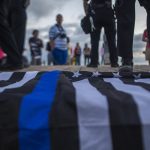