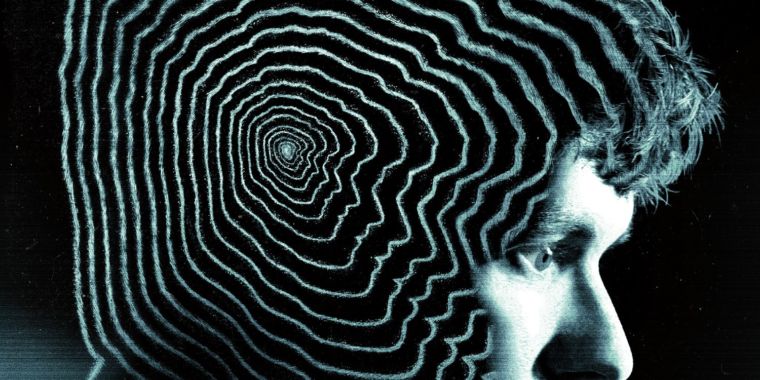 By being eligible for, and winning, this year Emmy for Ou tstanding TV Movie and Outstanding Creative Achievement in Interactive Media Within a Scripted Program,Black Mirror: Bandersnatcheffectively exists at a crossroads between television and interactive fiction. The Netflix-produced narrative adventure merges choice-based interaction with the high-production value of prestige TV to create something that resists easy definition, not least in established awarding bodies.

This isn’t a first for the format, though its last wave was dormant for nearly two decades (and nowhere near the Emmy threshold). TV shows in the ’80 s tried involving viewers with toys as “interactive” add-ons. The CD-ROM era invited TV-grade drama to computers and game consoles.

In recent years, several smaller creators have resurrected the form, blurring the lines between straight live-action drama and video game. This August, two such works were released — Flavorworks’Ericaand Sam Barlow’sTelling Lies– to tell stories that go far beyond FMV (full motion video) games of the ’90 s and stretch the simple ‘either-or’ branching nature of Bandersnatch.

“Not taking turns with the game designer”

“People had been trying to make film and games work together for decades, and it always felt like it didn’t serve either medium very well, ”Jack Attridge, Creative Director and co-founder of FMV game studio Flavorworks, tells Ars. “The production value and quality of storytelling wasn’t there for it to be a good film, and the fidelity of interaction wasn’t there in video for it to be a good game.”

With a background in filmmaking, Attridge founded Flavorworks to reconcile these disciplines. Rather than taking theBlack Mirrortact of infusing rudimentary choices into an already polished tele-drama, Flavors developed a game through filmmaking, creating a symbiosis between the two forms .Erica, their first release, is a first-of-its-kind attempt at this seamless blend of film and gaming.

“For us, it was important that we made a game first that happened to be filmed,” Attridge says. “The big thing with that was, would we make the same design decisions if we weren’t filming it? And the answer was yes. ”In this interactive drama, the audience is neither watching nor playing, but participating, from directly telling the titular Erica what to do, to sometimes controlling the camera in the scene and exploring the environment. The pacing was key, Attridge says, to balance the lean-back nature of movie-watching with the lean-forward nature of gameplay.

“We had this important rhythm we wanted to create of making sure the player was interacting every 15 to 20 seconds, ”Attridge says. “Then rather than having these token interactions, rather than having this character that can just say whatever they want, and go on this big adventure, they’re taking the player along for the ride, and then if the player doesn’t feel like they want to speak or act, then the character doesn’t have to speak or act. This is to try and allow it to feel like they’re not taking turns with the game designer at playing the character. ”

The timing of the meet-cute

Sam Barlow’sTelling Lies, published through Annapurna Interactive , takes a different approach. Instead of building on the FMV framework of being a live-action choose-your-own-adventure, Barlow’s interest is a study of a modern trend: how taking in media piece-meal through YouTube and social media has altered the way we understand stories .

“If you see the meet-cute first, and then you see the relationship going horribly wrong, there’s an emotional journey there, “Barlow tells Ars.” But if you see the relationship going horribly wrong, and then see the meet-cute, now there’s some dramatic irony there because you have already foreshadowed where this is going … this additional thing of encouraging people to skip around in videos, to watch them forwards and backwards, was another way to kind of screw around with that experience of what it means to actually sit and watch video. ”

Functionally a police procedural, there’s very little linearity inTelling Lies. Instead, participants are given the dual role of investigator and editor. A makeshift desktop interface teases out the story’s mystery, and it allows players to view and review assorted video clips to not only come up with their own timeline, but also their own pace. Everyone’s version of the twists and turns happens slightly differently, adding a meta-layer where different players may then discuss and compare their experiences to get the most out of the story.

Allowing for any and every available eventuality

One part of the FMV-game equation that is easily overlooked is the human element — as in, actually casting actors. Thanks to looming skepticism about being a video game, getting past agents and managers for casting wasn’t always easy. In lieu of not being part of a major franchise, or having backing from a streaming service to persuade the likes of Logan Marshall-Green and Alexandra Shipp, it was Sam’s pedigree as a BAFTA-winner for 2015 ‘sHer Storythat got his foot in the door.

“They were like, ‘I see this guy won a BAFTA with his previous game,’ ‘Barlow explains.” we actually got quite far in the conversation before they realized it wasn’t just doing a voice, even though they’d read the script, just because they’d been told it was a video game. Then when we’d meet and talked about how we would shoot it, they generally got more interested. ”

BothEricaandTelling Lieswere largely shot as regular films or TV shows. Completed over a period of several weeks,Telling Liesfilmed actors via a makeshift, high-fidelity selfie-cam to produce the perspective of a one-sided video call . Since all the footage would be worked into malleable gameplay in post-production, Flavourworks had to be mindful of what their film crew were doing, making sure their choices fit with the game development side of the process.

“We were still using traditional film conventions in terms of the angles we used, and the pacing,” Attridge says. “But every so often there would be something where I would say to the filmmakers on-set, as well as in post-production, ‘That’s an absolutely valid thing you’ve done there, but because it’s a game, we want to avoid doing that. ”

Likewise, there was an added pressure on Holly Earl, the titular lead inErica, to deliver each narrative arc. Just like Fionn Whitehead and several of his-co-stars inBandersnatch, she had to redo many scenes and interactions over and over, allowing for any and every available eventuality, all the while being wary the viewer was the one in control. “She never had a bad take, and we specifically wanted to keep her quite muted, because we didn’t want it to ever feel like the player stopped being with her and started watching her instead,” Attridge says. “So she would never go off and do this huge action where she’s throwing her arms about and, you know, going off without it feeling like it’s a player input.”

Being on Netflix,Bandersnatchwas designed for use on anything that can host the streaming service. Made for PC, mobile, and game consoles,Telling LiesandEricacould demand more potential controls from their audience. Attridge believes Netflix’s restrictions are reductive and says Flavorworks have already turned down some appealing offers: “We have walked away from proposals by big players in the film world, because in order to facilitate what’s required, it would mean having to stoop down the ambition to a level that becomes ‘click the left button or the right button.’ For us, that fundamentally doesn’t work. ”

That said, their cross-discipline mindset does make Flavorworks feel a tad isolated from either industry. “I do feel like sometimes we don’t know if we have a home, because we’re too interactive for a Netflix viewer to get,” Attridge says. “At the same time, because we have a film aesthetic, there is this preconception that we’re not a real game, either.”

Being a two-time BAFTA winner, and having Annapurna behind him, Barlow understands his privilege with the freedom he has to push boundaries in such a hybrid space. Ultimately, he hopes thatBandersnatch‘s Emmy wins open doors for others to follow suit on riskier and forward-thinking crossovers. “As storytellers, we are more maligned, and there was recently the controversy with the WGA not having a video game award,” Barlow says. “I think, especially as a storyteller, having the BAFTAs or the Emmys acknowledge your work helps prepare people for the idea that these might be interesting ways to tell stories.” 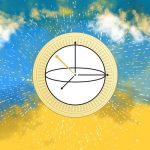