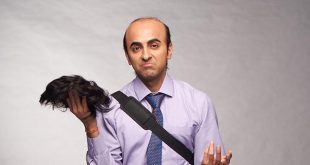 If you see a mistake, find something unclear, or have a suggestion, pleaselet me know. To learn when new chapters are up, join the mailing list:

We say Lox is a “high-level” language because it frees programmers worrying about details irrelevant to the problem they’re solving. The user becomes an executive giving the machine abstract goals and letting the lowly computer figure out how to get there.

Dynamic memory allocation is a perfect candidate for automation. It’s necessary for a working program, tedious to do by hand, and yet still error-prone. The inevitable mistakes can be catastrophic, leading to crashes, memory corruption or security violations. It’s the kind of risky-yet-boring work that machines Excel at Over Humans.

This is why Lox is a “managed” language, which means that the language implementation manages memory allocation and freeing on the user’s behalf. When a user performs an operation that requires some dynamic memory, the VM automatically allocates it. The programmer never worries about deallocating anything. As long as they use a piece of memory, the machine ensures that memory is still there.

Lox provides the illusion that the computer has an infinite amount of memory. Users can allocate and allocate and allocate and never once think about where all these bytes are coming from. Of course, computers do not yethaveinfinite memory. So the way managed languages ​​maintain this illusion is by going behind the programmer’s back and reclaiming memory that the program no longer needs. The component that does this is called agarbagecollector.

This raises a surprisingly difficult question: how does a VM tell what memory isnotneeded? Memory is only needed if it is read in the future, but short of having a time machine, how can an implementation tell what code the programwillexecute and which data itwilluse? Spoiler alert: VMs cannot travel into the future. Instead, the language makes aconservativeapproximation : it considers a piece of memory to still be in use if itcould possiblybe read in the future.

That soundstooconservative . Couldn’tanybit of memory potentially be read? Actually, no, at least not in a memory-safe language like Lox. Here’s an example:

Say we run the GC after the assignment has completed on the second line. The string “first value” is still sitting in memory, but there is no way for the user’s program to ever get to it. Onceagot reassigned, the program lost any reference to that string. We can safely free it. A value isreachableif there is some way for a user program to reference it.

Many values ​​can be directly accessed by the VM. Take a look at:

Pause the program right after the two strings have been concatenated but before the print statement has executed. The VM can reach"string"by looking through the global variable table and finding the entry forglobal. It can find"another"by walking the value stack and hitting the slot for the local variablelocal. It can even find the concatenated string"stringanother"since that temporary value is also sitting on the VM’s stack at the point when we paused our program.

All of these values ​​are calledroots. A root is any object that the VM can reach directly without going through a reference in some other object. Most roots are global variables or on the stack, but as we’ll see, there are a couple of other places the VM stores references to objects that it can find.

Other values ​​can be found by going through a reference inside another value.Fieldson instances of classes are the most obvious case, but we don’t have those yet. Even without those, our VM still has indirect references. Consider: ******

The"data"string is nowhere on it. It has already been hoisted off the stack and moved into the closed upvalue that the closure uses. The closure itself is on the stack. But to get to the string, we need to trace through the closure and its upvalue array. Since itispossible for the user’s program to do that , all of these indirectly accessible objects are also considered reachable.

This gives us an inductive definition of reachability:

These are the values ​​that are still “live” and need to stay in memory. Any value thatdoesn’tmeet this definition is fair game for the collector to reap. That recursive pair of rules hints at a recursive algorithm we can use to free up unneeded memory:

Starting with the roots, traverse through object references to find the     full set of reachable objects. ******

Manydifferentgarbage collection algorithms are in use today, but they all roughly follow that same structure. Some may interleave the steps or mix them, but the three fundamental operations are there. They mostly differ inhowthey perform each step.

The first managed language was Lisp, the second “high level” language to be invented, right after Fortran. John McCarthy considered using manual memory management or reference counting, buteventuallysettled on (and coined) garbage collection–once the program was out of memory it would go back and find unused storage it could reclaim. ******

He designed the very first, simplest garbage collection algorithm, calledmark-and-sweepor justmark-sweep. Its description fits in three short paragraphs in the initial paper on Lisp. Despite its age and simplicity, the same fundamental algorithm underlies many modern memory managers. Some corners of CS seem to be timeless.

As the name implies, mark-sweep works in two phases:

That’s what we’re gonna implement. Whenever we decide it’s time to reclaim some bytes, we’ll trace everything and mark all the reachable objects, free what didn’t get marked, and then resume the user’s program.

This entire chapter is about implementing onefunction:

We’ll work our way up to a full implementation starting with this empty shell:

The first question you might ask is, “When does this function get called?” It turns out that’s a subtle question that we’ll spend some time on later in the chapter. For now we’ll sidestep the issue and build ourselves a handy diagnostic tool in the process:

We’ll add an optional “stress test” mode for the garbage collector. When this flag is defined, the GC runs as often as it possibly can. This is, obviously, horrendous for performance. But it’s great for flushing out memory management bugs that only occur when a GC is triggered at just the right moment. Ifeverymoment triggers a GC, you’re likely to hit it.

Collecting right beforeallocationis the classic way to wire a GC into a VM. You’re already calling into the memory manager, so it’s an easy place to hook in the code. Also, allocation is the only time when you reallyneedsome freed up memory, so that you can reuse it. If youdon’tuse allocation to trigger a GC, you have to make sure every possible place in code where you can loop and allocate memory also has a way to trigger the collector. Otherwise, the VM can get into a starved state where it needs more memory but never collects any.

While we’re on the subject of diagnostics, let’s put some more in. A real challenge I’ve found with garbage collectors is that they are opaque. We’ve been running lots of Lox programs just fine without any GCat allso far. Once we add one, how do we tell if it’s doing anything useful? Can we only tell if we write programs that plow through acres of memory? How do we debug that?

An easy way to shine a light into the GC’s inner workings is with some logging:

When this is enabled, clox prints information to the console when it does something with dynamic memory. We need a couple of includes:

We don’t have a collector yet, but we can start putting in some of the logging now. We’ll want to know when a collection run starts:

Eventually we will log some other operations during the collection, so we’ll also want to know when the show’s over:

We don’t have any code for the collector yet, but we do have functions for allocating and freeing, so we can instrument those now:

And at the end of an object’s lifespan:

With these two flags, we should be able to see that we’re making progress as we work through the rest of the chapter.

Objects are scattered across the heap like stars in the inky night sky. A reference from one object to another forms a connection and these constellations are the graph that the mark phase traverses. Marking begins at the roots:

Most roots are local variables or temporaries sitting right in the VM’s stack, so we start by walking that: 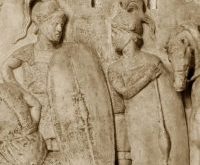 This. Isn’t. Sparta. – A Collection of Unmitigated Pedantry, Hacker News

This is the seven (and last!) part of our seven part series (I, II, III, IV, V, VI) look at Sparta in popular memory and historical truth. Last time we talked about Sparta's battlefield record and came away noting that it was profoundly, disappointing average. Longer term readers will know, of course, that we can't…